Bespin refugee - June 12, 2014
When previously asked about possibily being cast in the new Star Wars film, Simon Pegg said, “I don’t think it would be appropriate for me to be in it, to be honest. I think J.J. should cast new faces with no stunt casting”; but, according to IGN's source, that may have changed. Pegg, who has acted in JJ Abram's 'Star Trek' series and 'Mission Impossible 3', is rumored to have played a secret role during scenes filmed in Abu Dhabi.
(Source: IGN)
Image 1 of 1 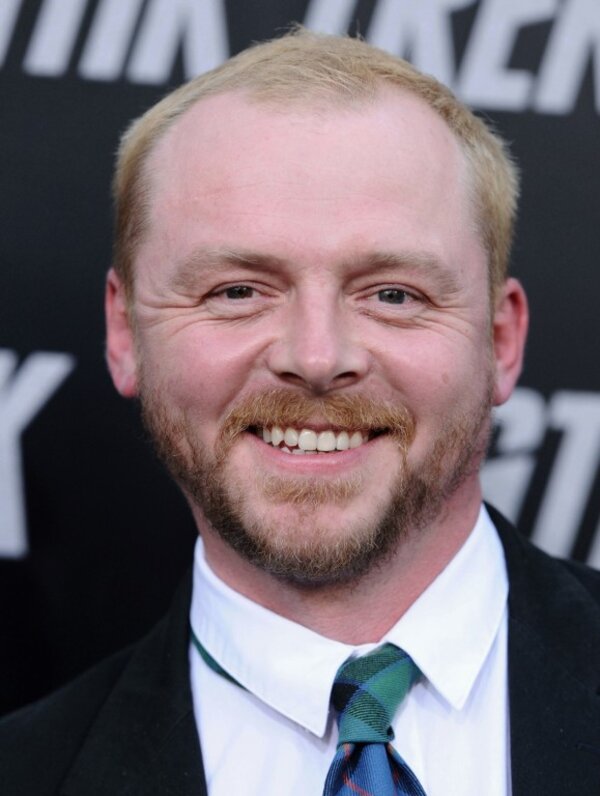 "Christie will play an antagonist. Specifically, John Boyega's commanding officer, who is angry at him for deserting and is trying to find him."

So...when did the Empire get so PC? Desperate times, I guess.

"The site speculates that Christie's part might have been gender-swapped in the face of disappointment over the film's initial extremely male-centric casting, considering an earlier rumour which suggested Benedict Cumberbatch was in talks to play an Imperial officer. "

"An update on the post muddies things a bit, with BD's sources saying the actress has, in fact, been training with a lightsaber, and that she could be a Sith (!)."

The return of Luke's original hand?

WHY WOULD THE HAND FALL ANYWHERE ELSE BUT THE GAS PLANET OF BESPIN?

GASP* - Maybe the midichlorians in the hand guide it to its new destiny!?

From now until....oh, say, the first SW 7 trailer comes out....if anyone ever wants attention for any reason, they can simply go online and say, "I have leaked footage of Star War Episode 7!"

Oh my gosh...that's not what I was expecting. That's awesome.

Ok Star Wars Geeks you will love this

Heavenly day...that would have been embarrassingly disastrous. Could you imagine? Even if they buried him in prosthetics and make-up, we would all be so distractingly aware of whose is, it would ruin whatever scene he was in. That was a huge dodged bullet in my opinion...

I'd imagine he would just jump up on a couch and start ranting anyways.

Harrison Ford to star in live action remake of "Up"