Dave Filoni On Wrapping Up The Clone Wars, Ahsoka's Fate, And Moving Forward With Star Wars

Bespin refugee - April 30, 2013
Dave Filoni, supervising director on The Clone Wars, says some pretty big questions will be dealt with in the last batch of story arcs for the series. These episodes, slated for production before Disney's acquisition of Lucasfilm, show the Jedi questioning "their role in the Clone Wars and the universe itself".
Here's a look at one of the yet to air episodes
"
Filoni also discusses the seemingly lack of closure for Ahsoka, "...there are a lot of people who I've talked to who are just like, 'What happens next? I have to know!' And I'm like, 'Well, I wanted to know a lot of things, too, growing up, and I had to wait.' It's a fun thing at this point.
Growing up with the Star Wars saga, Filoni hopes use his enthusiasm and experience, and pass it along to the next generation, and move the saga forward.
(Source: USAToday)

Well I think thats cool to have them on before Rebels

Does this mean they will air on cartoon network?

I'm just wondering how these final episodes are getting to us. I hope it's not Disney XD (which it more than likely is) as I don't have it. There have been rumors of Itunes or Amazon Video, both of which I'm not keen on either.

The lack of toys is not because Disney said "NO MORE TOYS!". Hasbro owns the licencing rights to Star Wars brand toys (at least for the next few years) and they are in control of whether figures are made, not Disney (and not Lucasfilm before them). The current lack of product is because either Hasbro was already scaling back BEFORE the Disney acquisition or because they are waiting to see what new direction Disney is going to take the brand so they can start making toys to support it.

Now I'll agree that Disney didn't tell hasbro not to make toys, but it cut the legs out from underneath Hasbro. I would say that LucasFilm and Disney had been in talks for atleast a year before the announcement of the sale. The reason I say that it that Lucasfilm had too many things in the pipeline that were suddenly stopped once Disney took control. On the video game front you had two games in development, you had the Clone Wars TV show (which takes 12 to 18 months to produce before airing and they have a complete season done), work on all five remaining movies in 3D with plans for release (TPM was released in spring 2012 and the original plan was to release the following five films every spring for the next five years. Then that changed to AotC being moved from spring 2013 to fall 2013 and RotS following six weeks after release of AotC) which were completely scrapped once Disney took control. Add to the fact that Hasbro plans for the toys center around (and have for the last fifteen years)what LucasFilm is doing with SW (ie toys themed around whatever movie is being released or TV or video game release, ie last years packages were Phantom Menace themed and this year was suppossed to be AotC themed). But with no movie or TV show to tie into, what is Hasbro going to do. 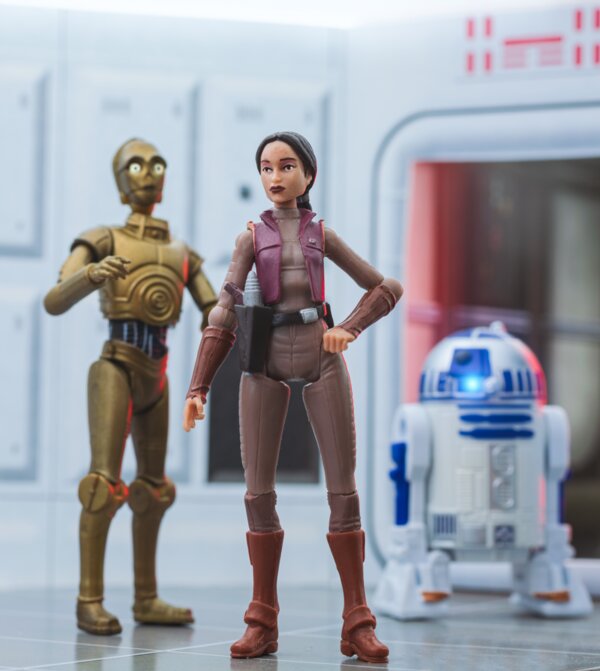