Jay Cochran - November 29, 2012
This Saturday marks the beginning of a new story arc on Star Wars: The Clone Wars. R2-D2 is part of a team of Republic droids chosen for an important mission led by the diminutive Colonel Gascon (voiced by Stephen Stanton) to obtain an encryption module from a Separatist dreadnought. The droids must overcome numerous challenging obstacles to succeed in this crucial assignment in “Secret Weapons,” airing this Saturday, December 1st at 9:30am ET/PT on Cartoon Network.


Episode Trivia:
· The opening logo on the episodes of this arc is blue rather than the traditional yellow, as a tribute to R2-D2.

· The Jedi Knights seen accompanying their droids during the war room briefing are Anakin Skywalker (with R2-D2), Aayla Secura (with QT-KT), Thongla Jur (with U9-C4) and Tera Sinube (with M5-BZ).

· QT-KT is inspired by R2-KT, a pink astromech droid created by Star Wars fans in tribute to Katie Johnson, daughter of Albin Johnson, founder of the 501st Legion. The droid, who is now dedicated to the memory of the late Katie, makes appearances at children’s hospitals. Though R2-KT previously appeared in The Clone Wars movie, Qutee is a separate droid to avoid having two droids named “Artoo” on the same mission.

· The hazard labels on R2-D2’s enhanced booster rockets read: “WARNING: Supercharger boost must not exceed 150 percent” and “KEEP BACK.”

· Dr. Gubacher is voiced by Dee Bradley Baker, who fans will recognize as the voice of all of the clones as well as numerous other series characters.
Image 1 of 7 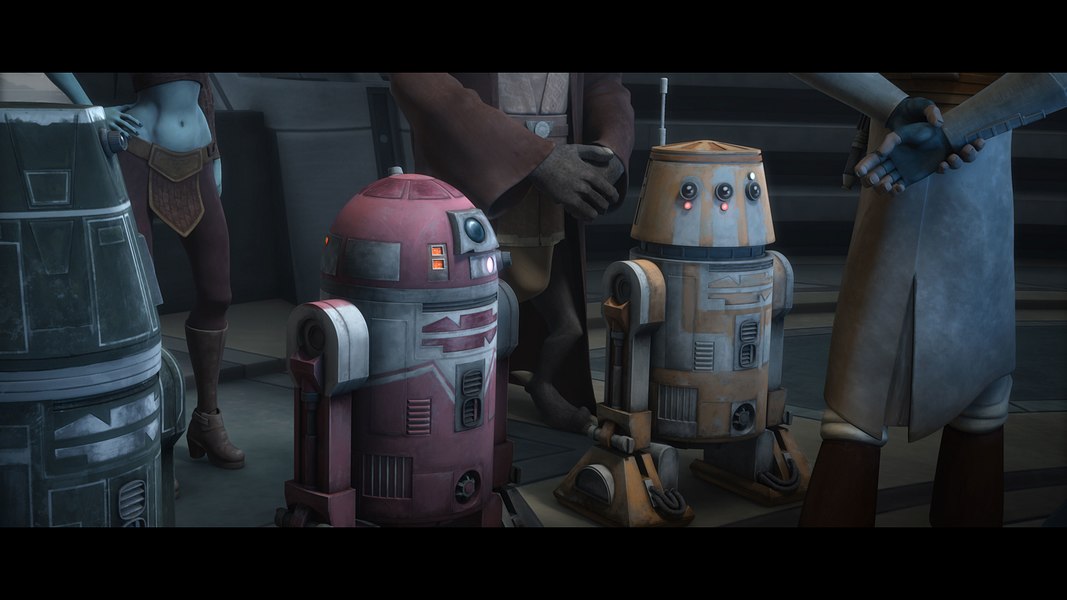 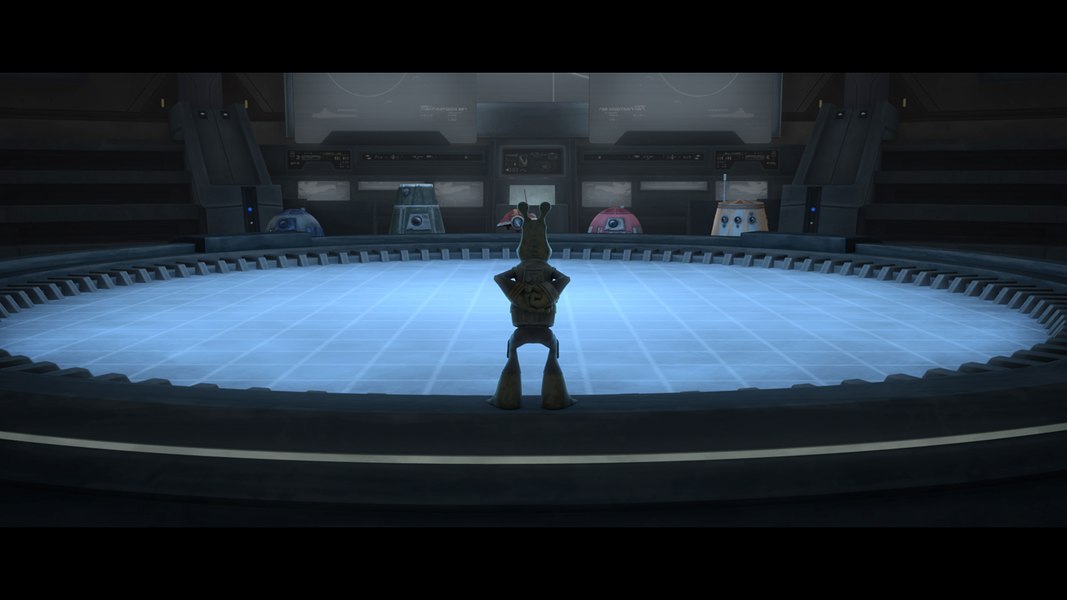 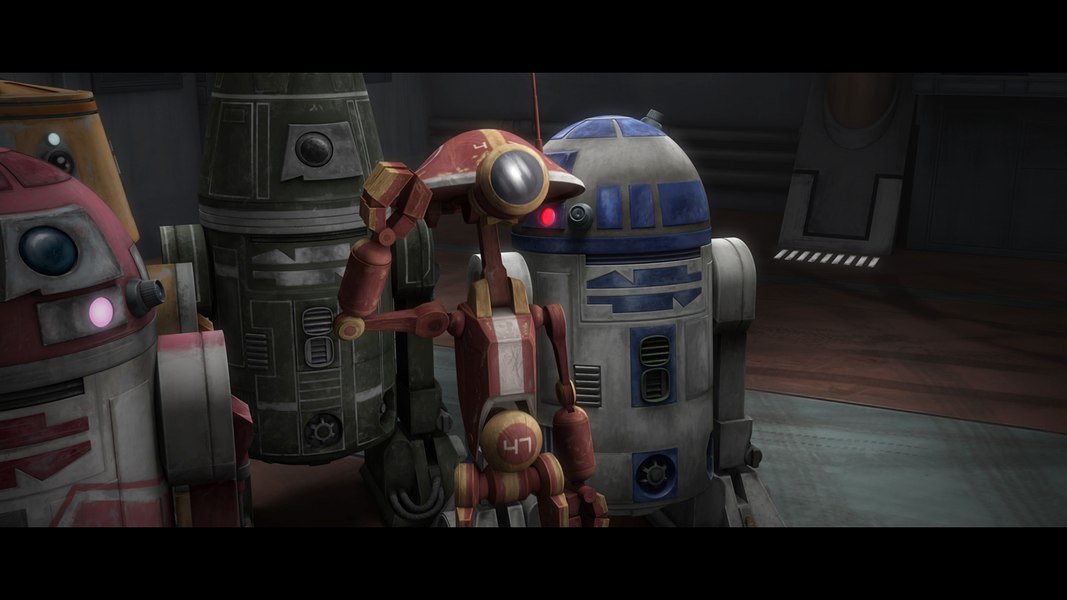 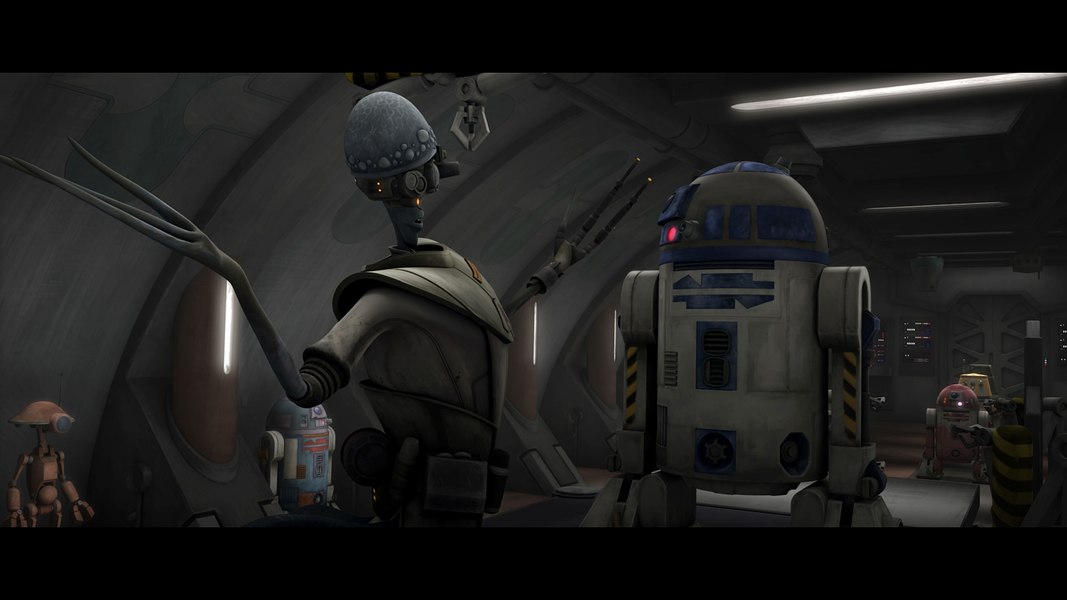 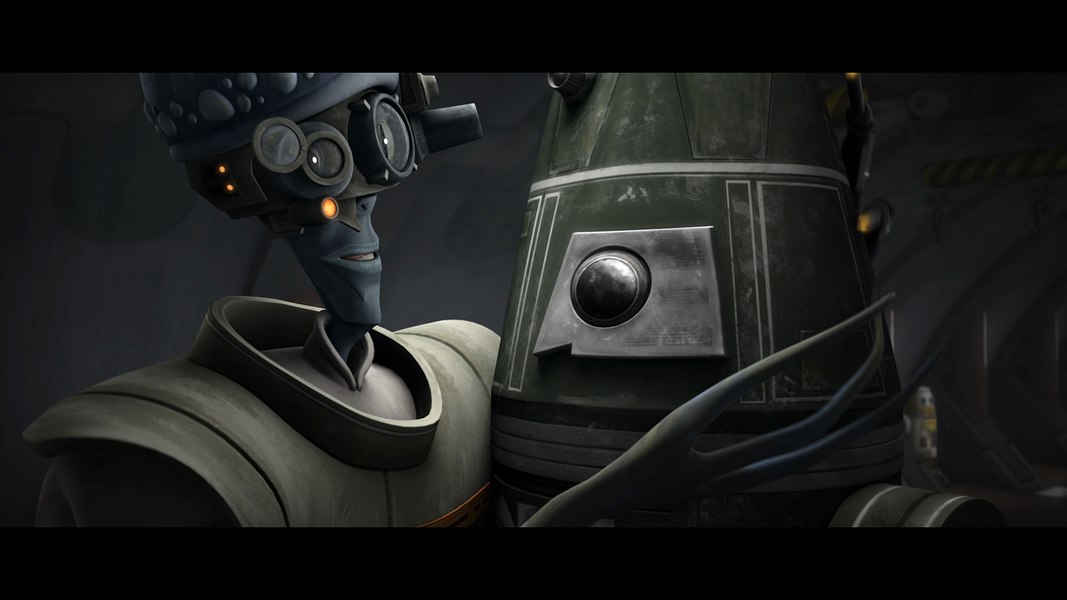 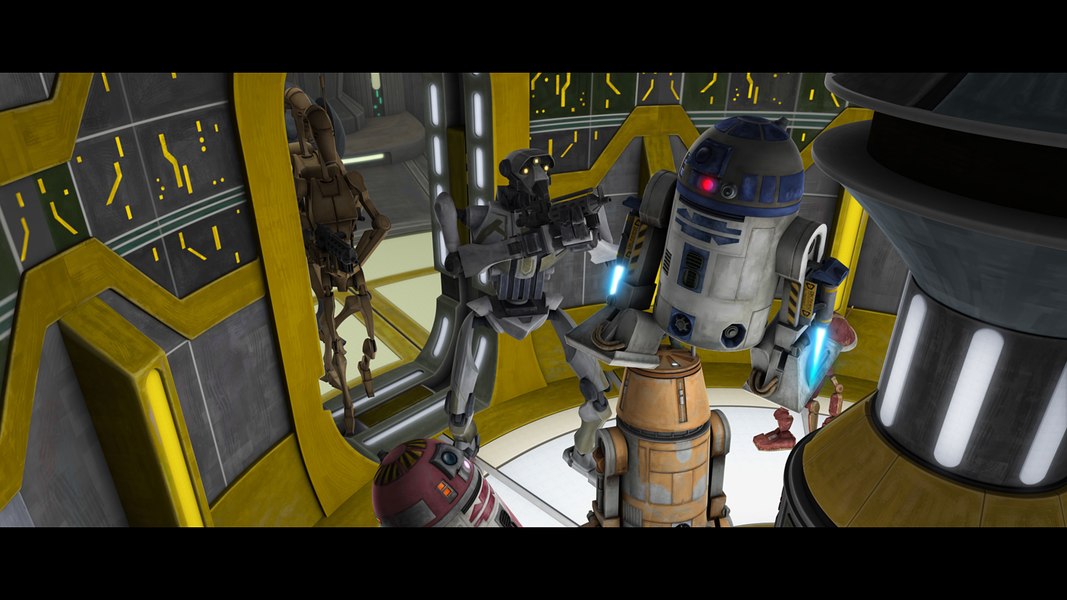 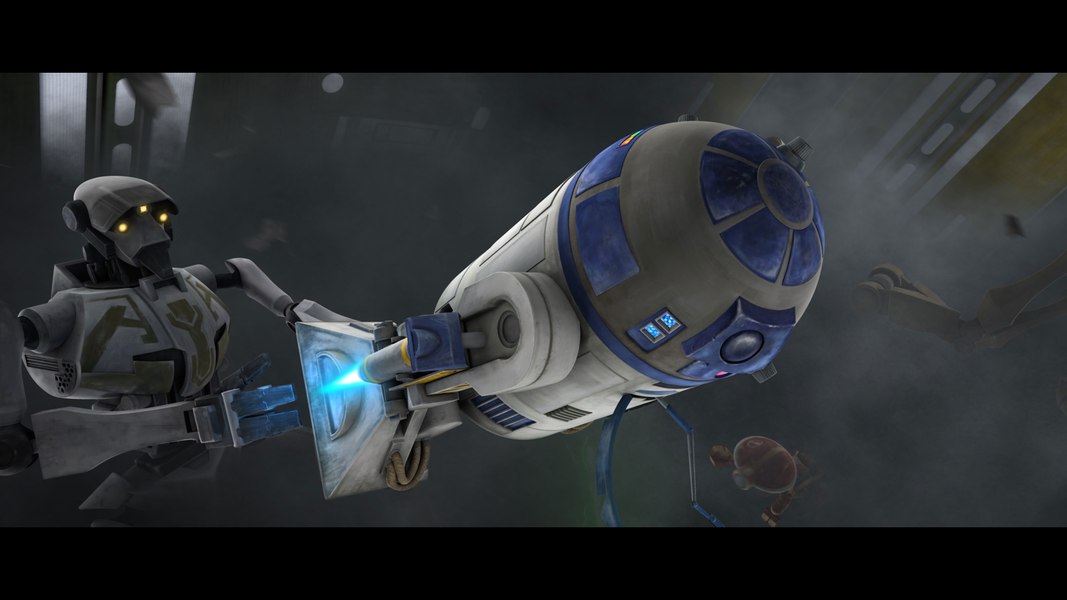 I think it might be bariss also and I wonder if this story will wrap up in the season finale?

I see Tarkin being Tarkin