Jay Cochran - September 12, 2011
The heroic Jedi Knights and the clone army continue the fight to preserve order, and defeat the Separatist forces. As the battle escalates, the scope and scale of Star Wars: The Clone Wars continues to grow - with exotic adventures and enhanced animation strengthening ties to the Star Wars Saga. Fearsome foes from the past return to settle the score. Unexpected alliances are formed on both sides of the battle, as the action explodes and the course of the war takes an unforeseen turn!

Often described as a mini-Star Wars movie each week, the next chapter of Star Wars: The Clone Wars begins with a must-see two-part premiere, airing at 8:00 p.m. ET/PT Friday, September 16 on Cartoon Network.


In “Water War,” the spectacular -- and previously unseen -- ocean planet of Mon Calamari teeters on the brink of civil war. Separatist troublemaker Riff Tamson is stirring up hostile undercurrents between the planet's two native species, the Mon Cala and the Quarren. The Republic sends Senator Padmé and her Jedi and clone protectors to negotiate peace, but it's too late. With the assassination of the Mon Cala king, and young Prince Lee-Char not ready to unite his people, war is inevitable. A fierce underwater battle breaks out as SCUBA clones and new weaponry go head-to-head in an epic fight against overwhelming Quarren and Separatist forces.

“For these episodes we’re really under water the entire time, which presented a lot of new challenges–not least of which was creating animation while keeping the characters buoyant,” says supervising director Dave Filoni. “We wanted the cameras to feel like scuba cameras, and so the movements are slightly different than the ones you normally see in an episode. And the environment is populated with many small details such as a lot of coral and barnacles, which makes it feel as rich and dense as an ocean environment should be.”

The premiere episodes showcase the feature film quality found throughout Season Four. “In one of the premiere battles, there are thousands of characters at war,” Filoni says. “That gives you a sense of the scale we’re trying to deal with now when we say we’re doing a battle. In Episode III Revenge of the Sith we pan over the edge of the Jedi cruiser and reveal the massive space battle over Coruscant. That’s the kind of thing we’re aiming for in terms of combat in Season Four.”

Directly following “Water War” is “Gungan Attack.” Things look bleak for the Jedi, clones, and the Mon Cala, as they retreat to underwater caves following surprise Separatist attacks. Seeking to crush all hope of resistance, the evil Riff Tamson targets Prince Lee-Char. Jedi Master Yoda, unable to summon more Republic aid, turns to the powerful, amphibious Gungan army. But will they arrive in time and are they strong enough to break the Separatist siege?

“This season the fights reach a new level right from the get-go," Filoni says. "The things we experimented with in the past, which were maybe one or two acts of a battle, are now becoming a whole arc over three or four episodes. We’re executing these battles on a scale not seen before. And while the battles are the big buzz this year, there will also be some surprises along the way.”
Image 1 of 2 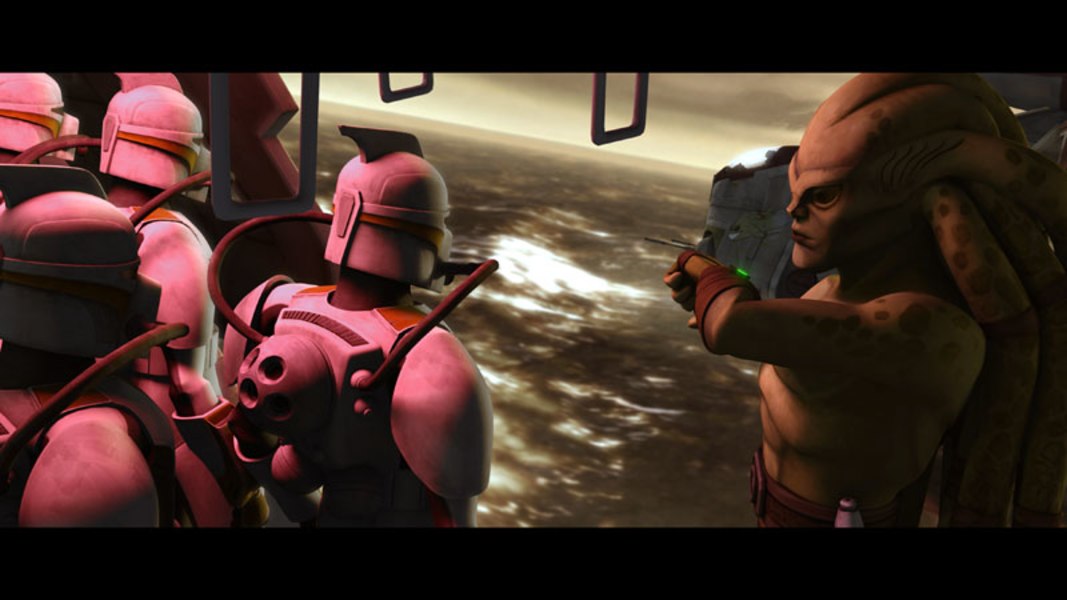 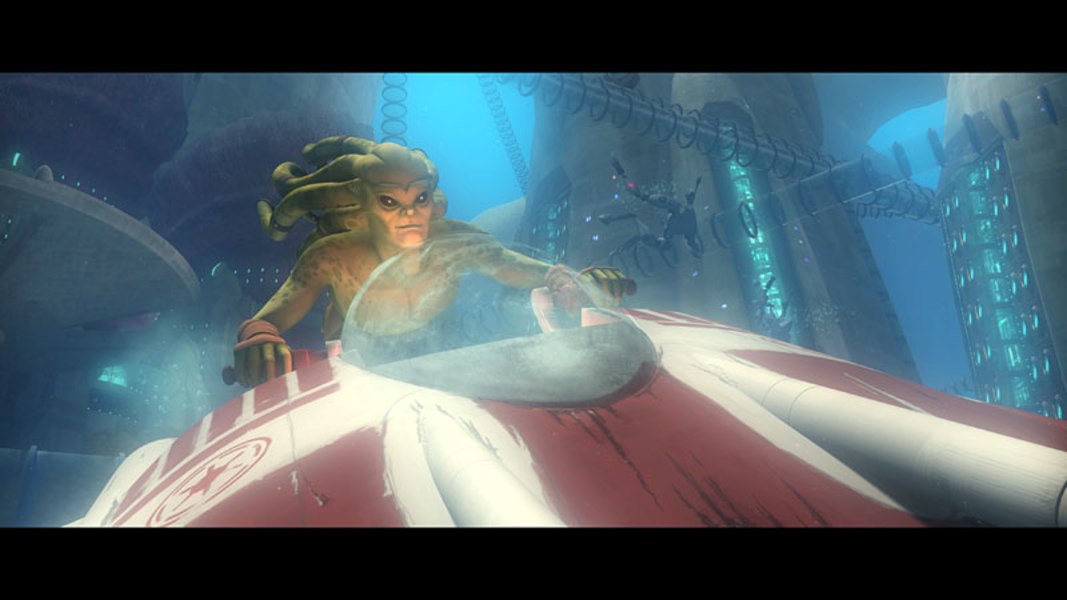