Jay Cochran - August 16, 2011
Following the excitement of a thrilling Season Three finale that brought back one of the most beloved characters in the Star Wars universe, Cartoon Network today announced that Star Wars: The Clone Wars will premiere 22 all-new episodes for Season Four of the critically acclaimed CG-animated series from creator George Lucas and Lucasfilm Animation. The special, one-hour Season Four premiere event of Star Wars: The Clone Wars airs Friday, September 16, at 8 p.m. (et/pt).


The Season Three finale of Star Wars: The Clone Wars on April 8 was the #1 Friday telecast versus all television among boys 6-11 and 9-14, propelling Cartoon Network’s Friday night action block to the #1 television destination for boys 6-11, 2-11 and 9-14. Star Wars: The Clone Wars is a thrilling, weekly 30-minute “mini-movie” created by the talented artists at Lucasfilm Animation. Season Four: Battle Lines promises to continue the saga that Star Wars fans of all ages have grown to love, with the most fearless heroes and evilest bad guys returning for an action-packed season of fun and adventure.

As the heroic Jedi Knights and their clone army fight to preserve order, their efforts continue to be met with strong resistance from the massive Separatist droid army. Escalating and expanding into uncharted corners of the galaxy, the scope and scale of Star Wars: The Clone Wars continue to grow - with exotic adventures and enhanced animation strengthening ties to the Star Wars saga. Within the galactic battle, fearsome foes from the past return to settle the score. As unexpected alliances are formed on both sides of the battle, the action explodes and the course of the war takes an unforeseen turn!

Critically-acclaimed and unlike any other animated show on television, Star Wars: The Clone Wars Season Four: Battle Lines brings viewers right up to the front-lines of the massive galactic conflict, revealing the stories that forged the Star Wars galaxy.
Image 1 of 1 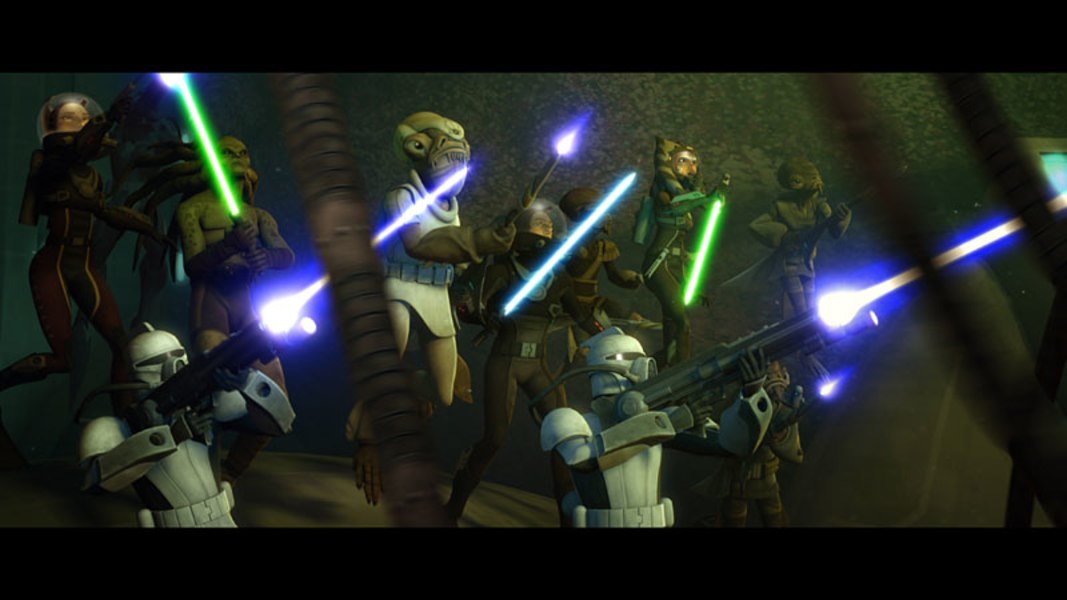