Jay Cochran - June 20, 2011
Pull back the starry curtain and reveal the secrets of the galaxy – with Star Wars: The Clone Wars The Complete Season Three, coming to DVD and high-definition Blu-ray Disc on October 18th from Lucasfilm Ltd. and Warner Home Video. Featuring stunning high-definition animation as well as a host of behind-the-scenes bonus materials, the complete collection explores the untold stories of “a galaxy far, far away” and reveals the magic behind the making of the cutting edge series.

Relive all 22 Season Three episodes – featuring familiar faces including Jabba the Hutt, Greedo, Tarkin and Chewbacca the Wookiee, as well as assassins, bounty hunters, witches, monsters and mysteries surrounding the very essence of the Force itself – and then explore the Lucasfilm vaults with behind-the-scenes insights on the making of the remarkable series. Bonus materials include five behind-the-scenes featurettes, each with director and crew interviews. And exclusive to the Blu-ray disc, The Jedi Temple Archives provides in-depth access to an extensive database of creative materials – including early test animations, concept art, 3D turnarounds and more than 30 deleted/extended scenes.

“In our third season, we told stories we couldn’t have imagined when we first started making the show,” says Supervising Director Dave Filoni. “George expects the best, every week, so we keep raising the bar. Everything’s gotten better. This series is for everyone that’s ever wondered what went on during this period, and we’re exploring it all. Sorcery, the Force and even Darth Maul’s origins. We are doing things that just wouldn’t have been possible before, and the animation is up to the challenge of bringing the layered Star Wars galaxy to life. And it looks spectacular in high-definition.”

Star Wars: The Clone Wars The Complete Season Three will be available on October 18th for the suggested retail price of $44.98 for DVD and $59.99 for Blu-ray.

• Blu-ray Exclusive – The Jedi Temple Archives
o An extensive database exploring special effects footage, early concept art, 3D character and object turnarounds, early animation and more than 30 deleted/extended scenes. The Archives is a rare look at the assets in various stages of creation for The Clone Wars, with a wealth of surprises and never-before seen moments sprinkled throughout

Synopsis
Mystery and adventure await the heroes of the Republic in the transformative third season of Star Wars: The Clone Wars. As the dark side grows ever stronger and the Jedi Knights are pushed to their breaking point, alliances will be tested, truths will be questioned and galaxy-changing secrets will be uncovered to shake the very foundations of the Star Wars universe. From the nature of the Force itself to secrets about the destiny of "The Chosen One," surprises wait at every turn - all while the fate of the galaxy hangs in the balance.

Lucasfilm, Star Wars: The Clone Wars, Lucasfilm Animation and related character names, vehicle names and properties are trademarks and/or copyrights, in the United States and other countries, of Lucasfilm Ltd. and/or its affiliates. TM & Lucasfilm Ltd. All rights reserved. All other trademarks and trade names are properties of their respective owners. 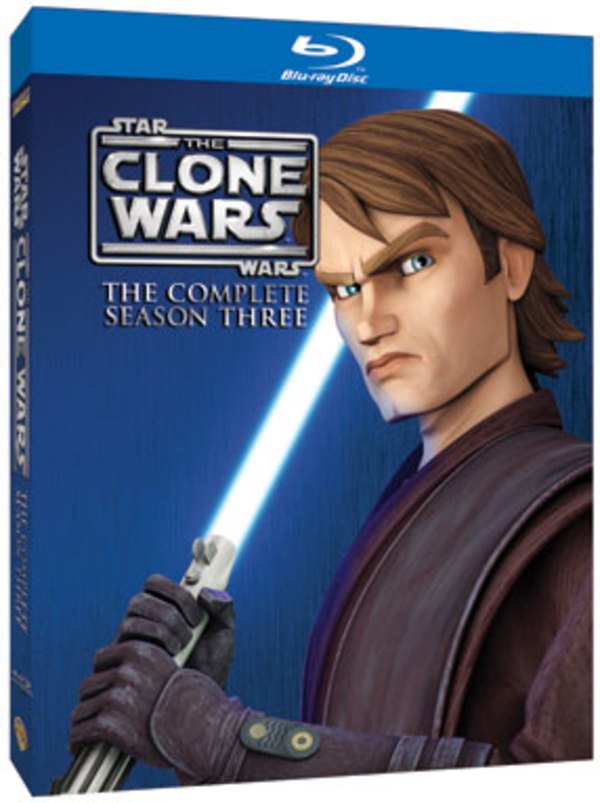 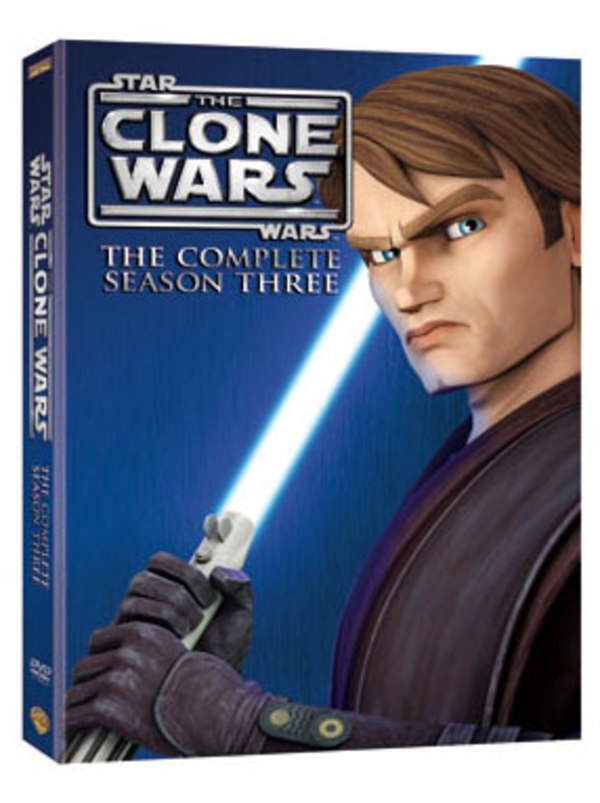