A Very Hairy Hero Joins the Fight in the Must-See, Two-Part Season Finale of Star Wars: The Clone Wars

In the pulse-pounding, hour-long season finale, Ahsoka Tano is taken captive and stranded on a planetary game preserve, where she finds herself on the run from merciless and sadistic Trandoshan hunting parties. With the odds stacked against her and no rescue in sight, hope for survival begins to dwindle – that is, until her escape efforts receive an unexpected boost from a friendly – and furry! – fellow captive. The chase begins with “Padawan Lost” and continues into “Wookiee Hunt” – it’s a must-see, double dose of Star Wars: The Clone Wars, airing at 8:00 p.m. ET/PT Friday, April 1 on Cartoon Network.

By now, it’s no secret that a familiar face will join Ahsoka’s private guerilla battle against the Trandoshans. After all, it’s hard to keep a seven-foot Wookiee under wraps, and Chewbacca’s certainly not one to hide in the shadows when his friends are in danger. Making his Clone Wars debut, loyal and lovable Chewie teams up with the desperate Padawan to wreak havoc on the vicious hunters’ plans – proving once and for all that it’s not wise to upset a Wookiee.

“Everybody loves Chewie, “says Dave Filoni, Supervising Director of Star Wars: The Clone Wars. “He’s like a big teddy bear, except that he’s got a temper. You want him on your side, because if he’s on your side, he’s the best friend you could ever have – and who wouldn’t want a Wookiee for a best friend? But we didn’t include him lightly. He’s such a special part of the films, and we knew that we had to do right by him. The story had to do him justice.”

Both literally and figuratively, the finale’s guest star is a big one for The Clone Wars – but even bigger than a towering Wookiee was the challenge of bringing the gentle giant to life. But the Clone Wars crew had the blessing – and the expert counsel – of actor Peter Mayhew, the man who has played the iconic role since Star Wars’ debut in 1977.

“Having Peter’s involvement was essential, and it was a major coup for the crew,” says Filoni. “We’d done some preliminary designs and some rough animation tests, but we were coming from a place of observation. He’s lived with the character for more than three decades. He is Chewie. He helped us focus in on the qualities that make Chewie live and breathe. His input helped make our version of the character that much more authentic – his mannerisms, details of his walk, facial expressions, that sort of thing. We couldn’t have done it without him; it just wouldn’t have been Chewie.”

Beyond capturing the iconic mannerisms and distinctive idiosyncrasies of everyone’s favorite “walking carpet,” the Clone Wars crew pushed the visual envelope in other areas, as well – most notably with the finale’s lush locations and impossibly rich environments. But setting the bar for TV animation is no easy task. It’s a constant uphill battle, especially considering production constraints and the level of fan expectations for the series. Helping Filoni lead the team effort is CG Supervisor Joel Aron – a visual effects veteran whose credits include two of the live-action Star Wars prequels.

“I can’t make it happen; I can only envision it. Joel is the guy who makes it come alive. He’s my right hand, my hit-man, my Vader. He’s revolutionized the show, no doubt in my mind,” says Filoni. “I really push him, and so does George [Lucas]. I’ll draw a picture and say ‘This is what I imagined’ – and he makes it happen. It’s a challenge, it’s what he wants – it’s food for him and the team. We’re taking that knowledge, applying it forward. Just look at the backgrounds in these episodes; we’ve got our characters, and now the background environment has also become a character.”

Bringing with him lessons learned at Lucas’ Industrial Light & Magic, Aron inspires enthusiastic innovation, just as he struggles to strike the delicate balance between creating something completely unique and quintessentially familiar.

“My goal is always to capture the essence of Star Wars, the key elements that stick with you,” says Aron. “It’s a very specific feeling, and it’s not always completely literal. We’re in a different medium than the films, working on a different timeline with different tools. That’s a unique challenge; we have to find stylistic ways to reflect those familiar ideals – using shapes and colors, adding textures to backgrounds. But everyone on the crew is up for it, and we love it when it pays off.”

Impressive though it may be, the Season Three finale is still just a stepping stone in the show’s ongoing evolution – a jumping off point as The Clone Wars kicks into hyperdrive.

“These finale episodes are among the best we’ve produced, and it’s only going to keep getting better,” says Filoni. “This is what audiences can expect to see in Season Four. There’s still a big galaxy out there.”

Star Wars: The Clone Wars Season Four will launch on Cartoon Network this fall.
Image 1 of 3 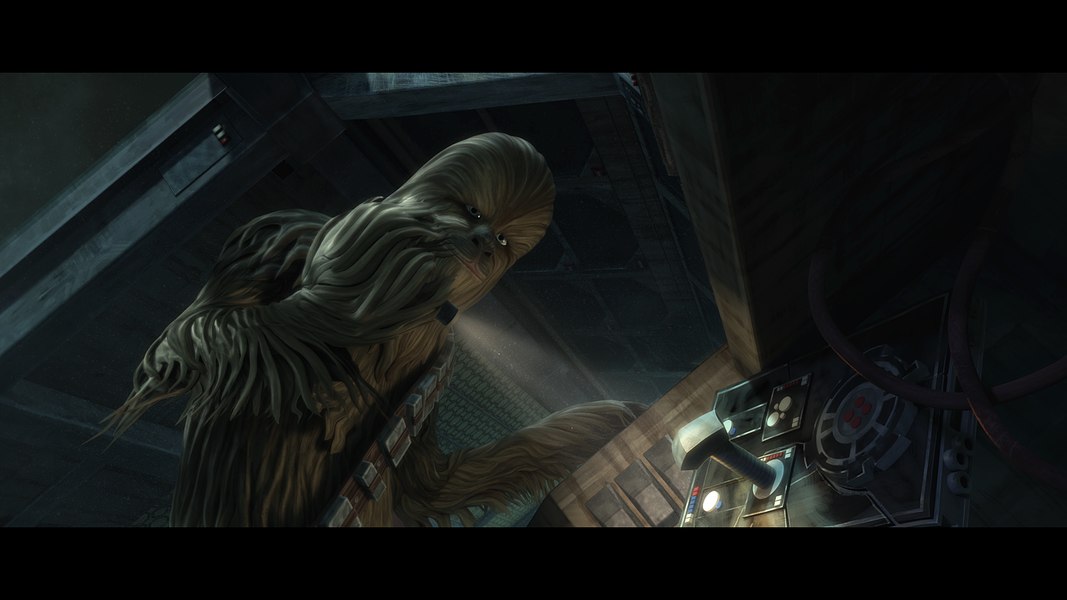 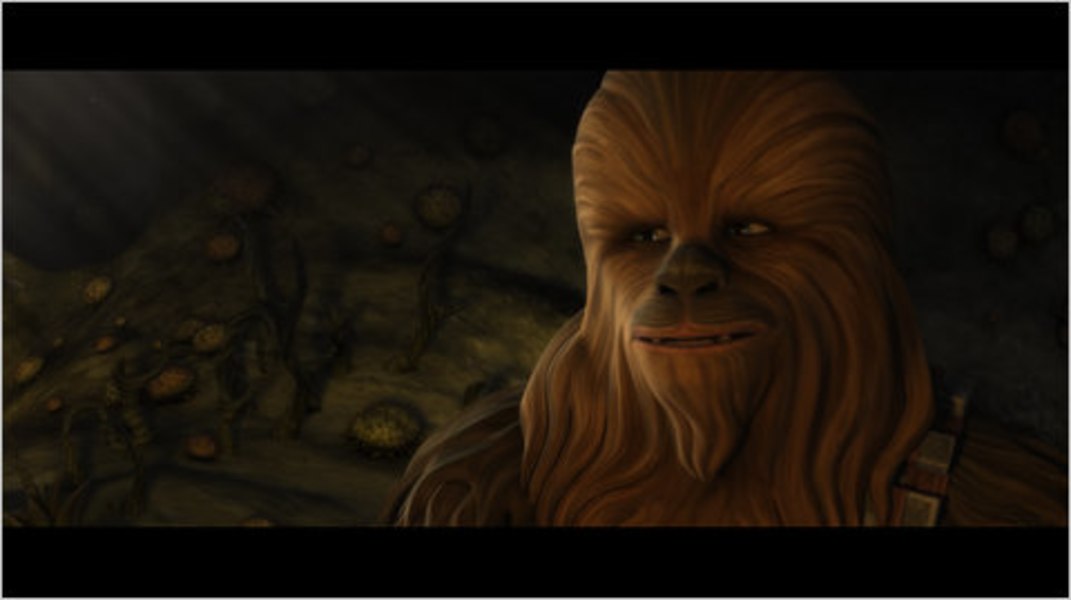 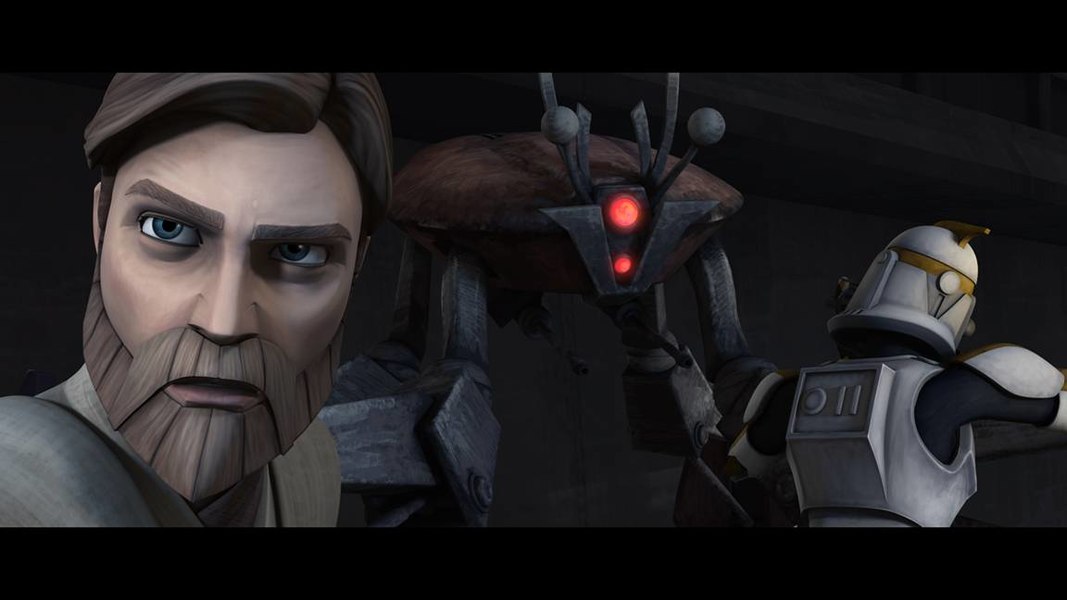