Jay Cochran - January 18, 2011
Sent to track down the mysterious figure behind the deaths of several Jedi, Anakin Skywalker and Obi-Wan Kenobi find themselves on the trail of Count Dooku’s newest apprentice – the monstrous Savage Opress. However, Dooku and Asajj Ventress discover that their creation has a will of his own, and that he has grown more powerful than either of them had anticipated – perhaps even more powerful than the combined forces of the Jedi and the Sith. The end begins in “Witches of the Mist,” the final chapter of a thrilling, three-part Clone Wars arc – airing at 8:30 p.m. ET/PT Friday, January 21 on Cartoon Network.

Driven by the Machiavellian machinations of Count Dooku, the series’ various villains come face to face at last in a climactic clash of red sabers. Dooku, Opress and Ventress – all are manifestations of evil, yet each is so distinct. It’s not until these three titans are brought together in the heat of conflict, however, that their nuances and differences become truly clear.

“With Dooku, the series' direction is pushing his character more towards that of a masterful diplomat, concealing a sinister agenda beneath a veil of polite sophistication,” says Corey Burton, voice of Dooku – and countless other Clone Wars characters, both good and evil. “He's a subversive political overlord – a major marketing force and seducer for the dark side ‘brand.’ It's all about his personal enrichment, power and position within the hierarchy; there's nothing intentionally cruel or vengeful in his manner, or behind his dastardly actions – as a Sith Lord, it's just how things are done to most efficiently preside over the fate of the galaxy. Mustache-twirling displays are beneath his sense of dignity.”

While Dooku is as consumed by his quest for power as he is by his own sense of sophistication, Ventress is wholly unconcerned by the niceties of evil. Driven by a desire for revenge, her motivation is raw and real – a product and a reflection of her own difficult past.

“She’s been wronged by so many, and I believe her experiences will lead her in an even more powerful direction,” says Nika Futterman, voice of Ventress. “We are finally beginning to understand what makes Asajj tick; I think this is her quest for revenge and not power like the Sith. That’s what separates her. She does things that may seem like her quest for power, but, I think she aligned herself with the dark side as a means to an end. She doesn’t ever forget who has done right by her and, of course, who has done her wrong. All this time, I had hoped that I would be able to delve into what made her so fabulous and complex. It turns out my hopes are coming true!”

Serving as a foil for the final confrontation between the former master and his jilted apprentice is the massively powerful Opress. Ostensibly a blunt instrument of evil, the monstrous creation is nonetheless imbued with a perverse humanity of his own – brought to the surface by sharp writing and a soulful performance by screen legend Clancy Brown (Highlander, The Shawshank Redemption).

“I'd been a fan of The Clone Wars since the first season; and then caught up with the second season with my son,” says Brown. “He was excited because it was Star Wars and I was excited about the role not just because it was in the Star Wars universe but because the writing is so sophisticated. There was never any question from me about Savage's motives and what was going on because I was familiar with the characters, and you can go another layer deeper.”
Image 1 of 1 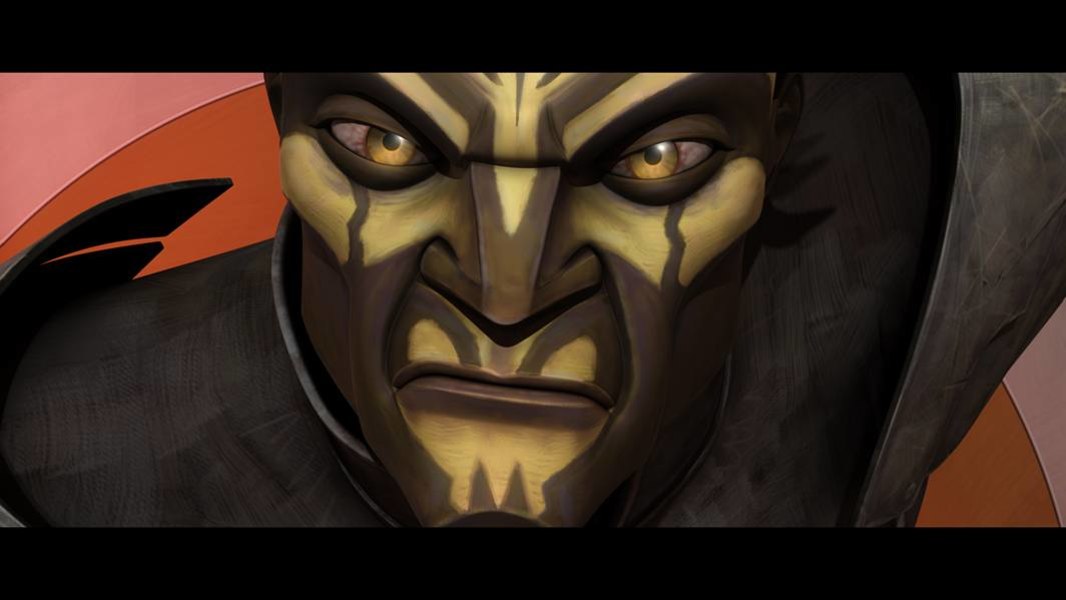