Count Dooku visits the witches of Dathomir, seeking to replace Asajj Ventress with a new, deadlier apprentice. Little does he know that his new protégée – the formidable Savage Opress – has been selected by Ventress herself, and that the Nightsisters have used their witchcraft to transform the warrior into a monstrous killer without remorse, compassion or loyalty. The second chapter of a three-part Clone Wars arc, “Monster” airs at 8:30 p.m. ET/PT Friday, January 14 on Cartoon Network.

“I've really fallen for Ventress, and here the audience gets to learn a lot about her history. She's an extremely complicated character,” says Katie Lucas, writer of the three-part Nightsisters arc. “She’s a cold-hearted harpy, but she has good reason to be – and now she’s displaying a much more independent side of herself. Ventress is nobody's pawn anymore. She finally owns herself. I grew up on Buffy and Tank Girl, so writing for strong females is second nature to me. I listened to a lot of early Hole and The Distillers albums to inspire me while writing these stories; I really wanted to tap into that visceral female rage, and Courtney Love’s snarl certainly tears that right out of you.”

While Ventress has certainly asserted herself and assumed a more powerful role than ever before, “Monster” also introduces an all-new villain into the power struggle. A warrior from the same fearsome race that spawned Episode I’s Darth Maul, Opress is bred and trained to serve – but he is destined to become more powerful than ever his masters had imagined.

“Savage is a lot like Frankenstein’s creation,” says Lucas. “He's a monster, but you get brief glimpses of a real heart beneath the surface. He's a complicated character – I don't think he would have turned to the dark side without the manipulation of the witches. They use him.”

Daughter of the acclaimed Star Wars creator, Lucas acknowledges her personal connections to that “galaxy far, far away,” while still recognizing her writer’s responsibility to speak to the quintessentially Earth-bound human experience.

“If I hadn’t been raised in the Star Wars universe, I don’t think there would be any way I could write sci-fi. It doesn't come naturally to me. I've had to adapt," she says. "Part of being a screenwriter is knowing how to entertain, and the other part is staying true to your own vision. I’ve always been inspired by the truths of our world, universal and personal, here in our reality, and I try to bring as much of that as I can to The Clone Wars.”
Image 1 of 2 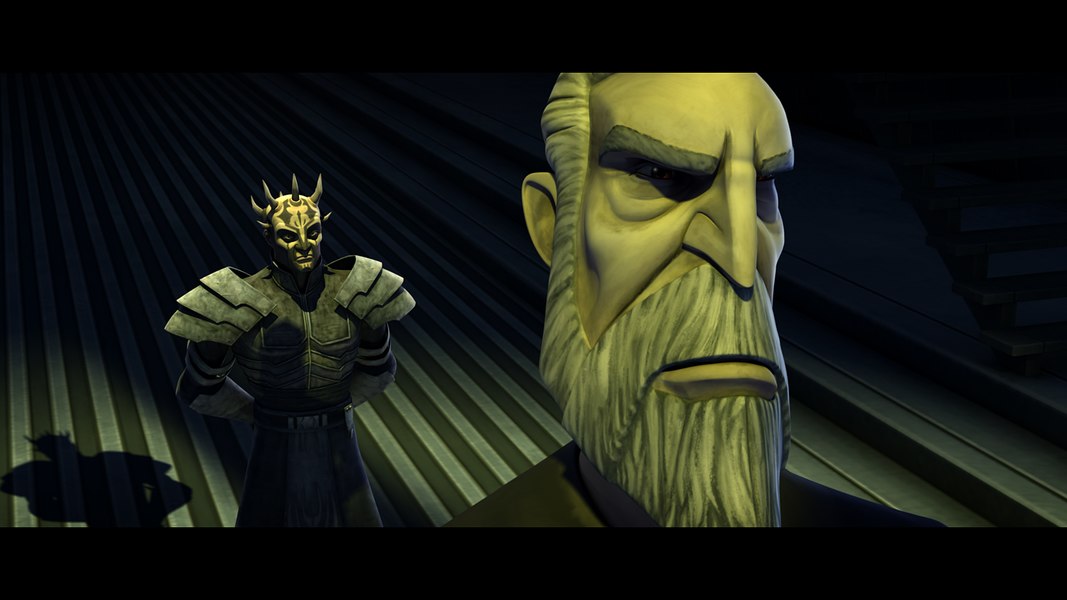 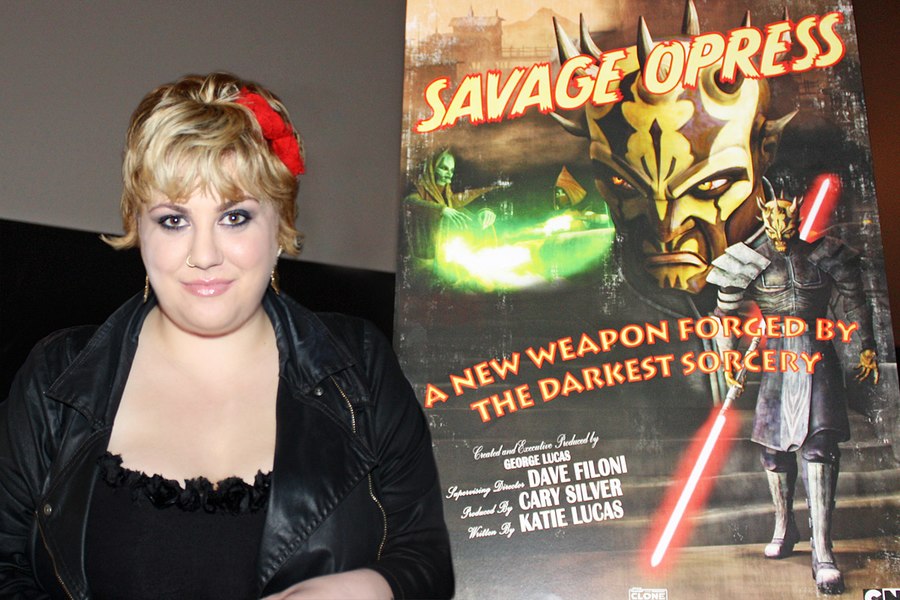