Jay Cochran - January 04, 2011
Troubled by Asajj Ventress’ growing prowess with the dark side of the Force, Darth Sidious commands Count Dooku to eliminate her. But Ventress survives Dooku’s assassination attempt, and the jilted former apprentice vows to take revenge, enlisting the aid of her kinswomen – the mystical Nightsisters of Dathomir – in her sinister scheme. Evil clashes with evil and sparks fly – igniting the fuse for the launch of the explosive second half of Star Wars: The Clone Wars Season Three. Darkness falls and the end begins with “Nightsisters,” an all-new episode debuting at an ALL-NEW TIME – 8:30 p.m. ET/PT Friday, January 7 on Cartoon Network.

The first of a three-part story arc, “Nightsisters” pulls back the curtain to reveal bitter rivalries, seething resentments, shattered alliances and more – including the revelation of a dark sorcery as mystical and powerful as the Force itself. Wielded by the witches of far-off Dathomir, this sinister magic poses a threat to both the Jedi and the Sith, and a challenge to the delicate balance of the Force.

“We’ve still only seen a small sliver of what’s possible,” says Dave Filoni, supervising director of Star Wars: The Clone Wars. “Not only are we seeing stories from different points of view, but we are constantly learning about new perspectives that shift the paradigm entirely.”

One of those new perspectives comes from Ventress herself. Previously represented primarily as Dooku’s grim shadow and an agent of evil, her secret history is revealed when she is forced to re-examine her allegiances. The hunter becomes the hunted, but she is quick to demonstrate that she is no ordinary prey. She strikes back with a vengeance, returning to the offensive as she responds to the insult and injury of her former master’s betrayal.

“Things are changing in The Clone Wars – permanent changes that will affect the whole Star Wars universe,” says Filoni. “We are about to start seeing some significant shifts, starting with the power structure of the Separatists and the Sith. We’re shaking things up for them, and you’ll see that our bad guys are going to react strongly to that. They don’t take it too well. What we’re seeing is the start of a chain reaction. Things are really about to pick up – and this is just the beginning.”
Image 1 of 1 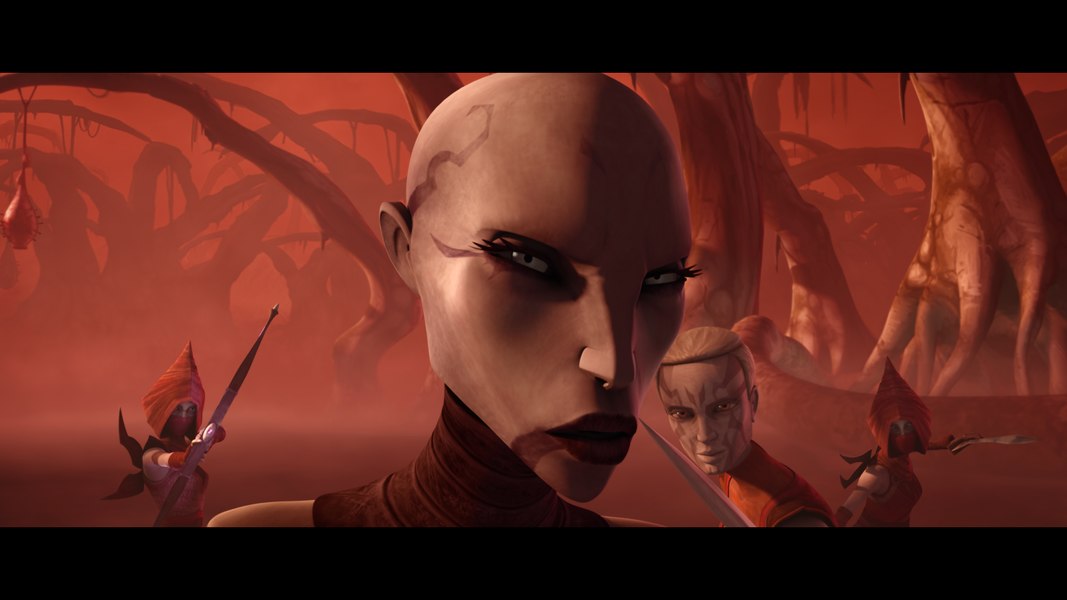 This is my first time to post or view this site, so I hope this is the correct way to go about this.

Let me introduce you to the official TNI welcoming committee....