Jay Cochran - October 21, 2010
The Force is back and better than ever – in Star Wars: The Clone Wars™ The Complete Season Two, coming to DVD and high-definition Blu-ray Disc October 26 from Lucasfilm Ltd. and Warner Home Video. Featuring cutting-edge animation and a host of special bonus materials, the comprehensive collection explores the farthest reaches of “a galaxy far, far away” with all-new adventures set against the spectacular backdrop of the Star Wars universe.

Relive all 22 Season Two episodes – featuring bounty hunters, space pirates, giant monsters, mind-controlling brain worms and the return of Boba Fett! – and then dig deeper with the ultimate look behind the scenes of the hit TV series. Bonus features include a look inside the Lucasfilm vaults, with featurette interviews along with Director and Artist commentaries on each disc. In addition, The Complete Season Two will include a 64-page production journal with concept designs, original sketches and notes from Supervising Director Dave Filoni. And exclusive to the Blu-ray disc, The Jedi Temple Archives provides in-depth access to an extensive database of creative materials.

“Everything’s improved since the first season – the stories, the animation, everything,” said Filoni. “It’s bigger and better, and it’s going to look great in high-definition. We’re all just so proud of the series, and I think it shows; we’re bursting to share our production secrets, so the features are just full of fun insights from behind the scenes. As a fan, this is what I’d want.”

Created and executive produced by George Lucas, the first-ever TV production from Lucasfilm Animation explores the tumultuous time between Episodes II and III, expanding the scope of Star Wars beyond anything seen in the feature films. With the fate of the galaxy hanging in the balance, the heroes of the Republic – including the valiant Jedi Knights and their loyal clone troopers – fight bravely to repel the attacks of the evil Separatists and their droid army. With fierce battles, expanded storylines and ground-breaking animation, this is a Star Wars adventure that is bigger, bolder, and more intense than ever before!

Star Wars: The Clone Wars The Complete Season Two will be available October 26 for the suggested retail price of $44.98 for DVD and $59.99 for Blu-ray.
Image 1 of 5 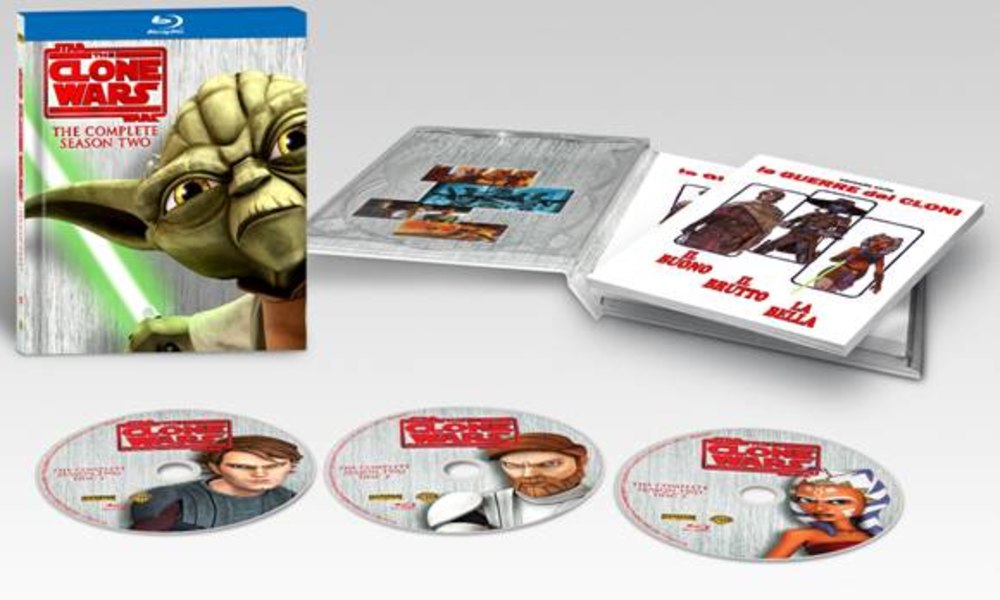 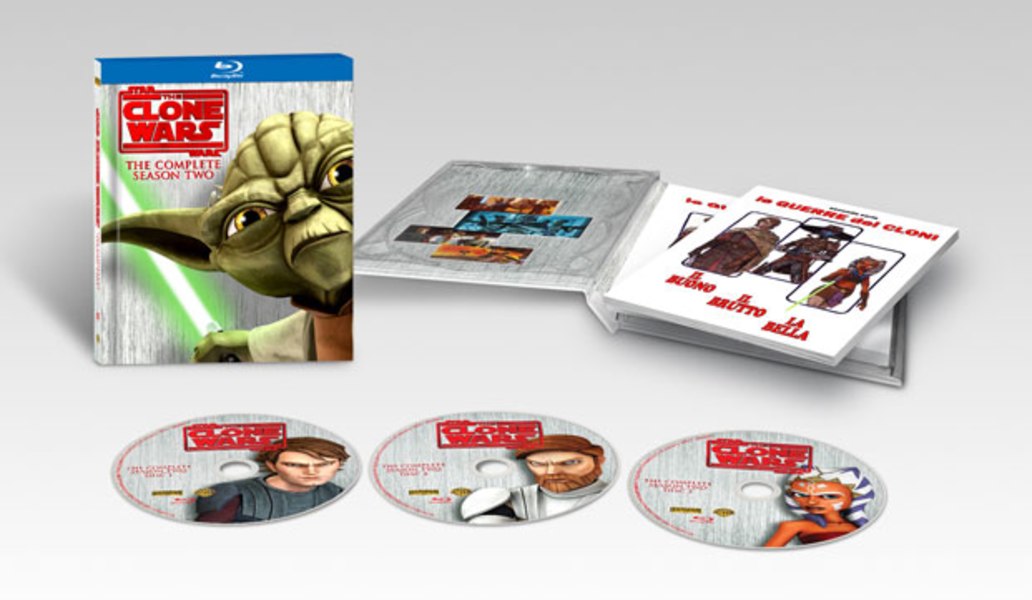 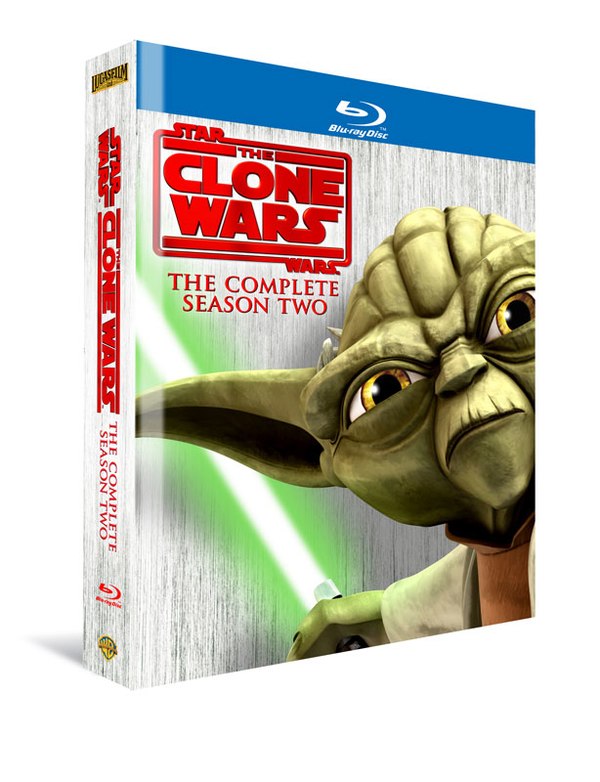 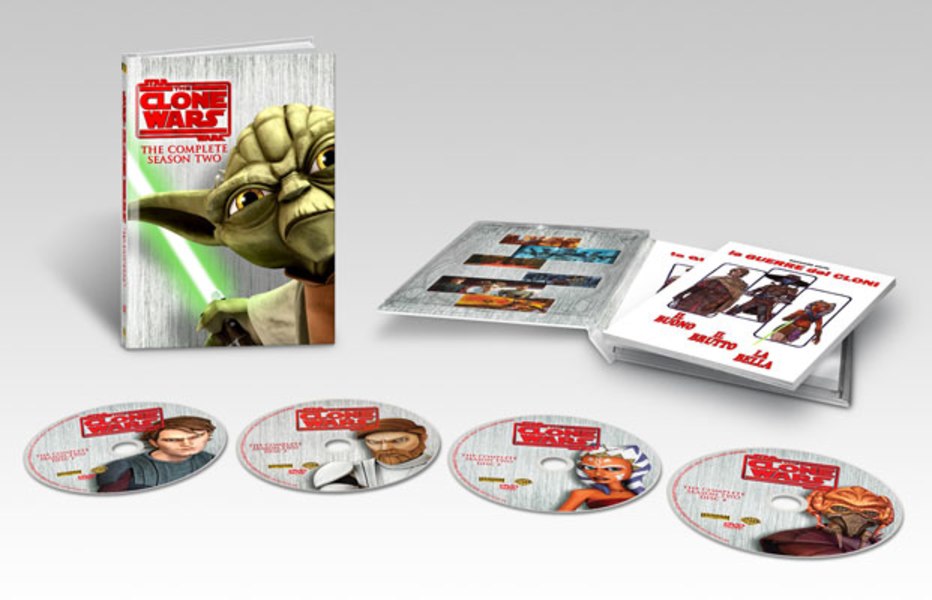 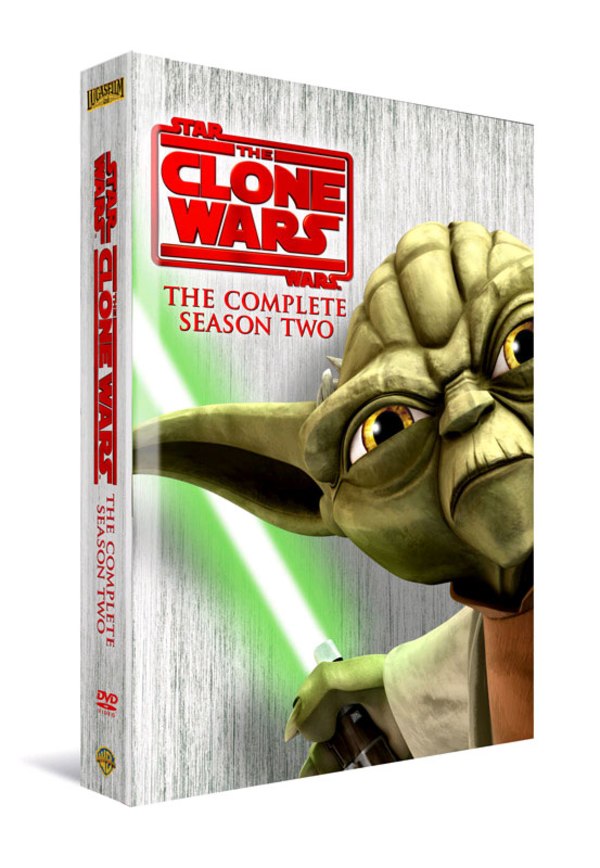