Much to her chagrin, Ahsoka Tano is assigned to teach a class at the cadet academy on Mandalore. Soon after she arrives, however, some of her students are drawn into a treacherous plot.

“The Academy” finds its heroes not among the super-powered Jedi or even the ranks of the highly-trained clone everymen. Instead, the protagonists are intrepid youngsters on a principled quest –

to uncover the corruption that is poisoning their homeworld. Delving ever deeper into the dysfunctional social mechanics of Mandalore, it’s an all-new episode of


Plus see a bonus clip for next week’s episode which marks the return of deadly assassin Aurra Sing (voiced by Jaime King). 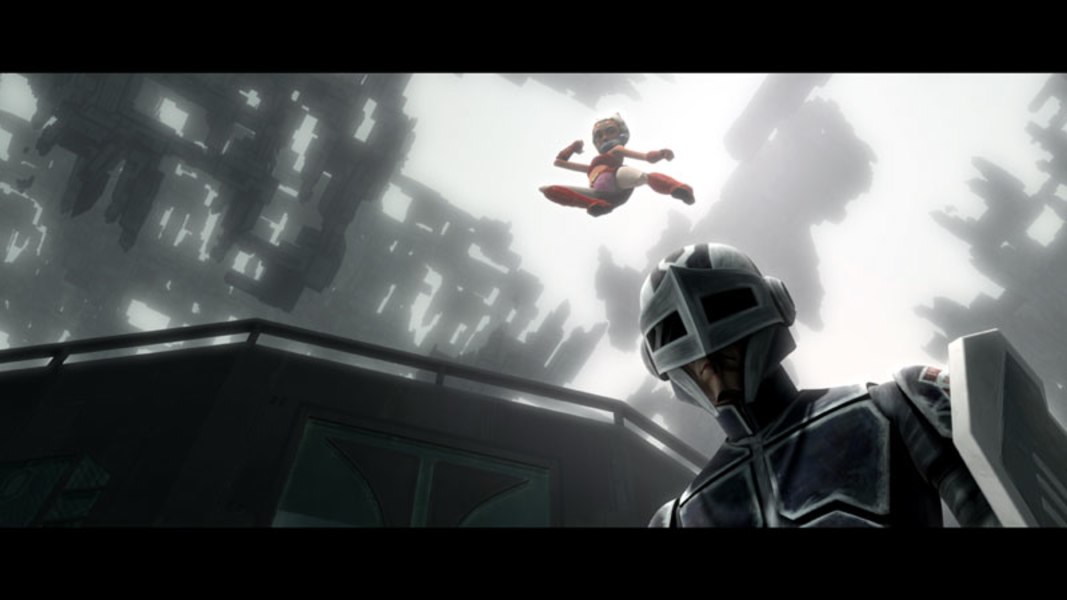 I'm with you on that one dragon I hope we get a release with the pretender & the works sword ect ...

Mine would be my mint fresh 100% complete Fort Max.

I really hope they reissue this guy... I hesitated on Brave Max and been regretting it ever since...

Mine would be my mint fresh 100% complete Fort Max.

Even though I am slowly fading away from Transformers, it has to be my Fortress Maximus with box and foam, including everything but 2 small guns, he is almost perfect and the jewel in my collection. I paid 850.00 bucks for him and I didn't even care.

and my sealed atari i found 2 summers ago

wow, it was that fun of a system you didn't even open it

no i had ne for myslef growing up....but my parents would buy extras and send them to my cousins in peru....a lot of times they would forget or never send them out so like when I do garage cleaning I always find goodies tha never got sent out to family......so like the atari never got sent out and was sealed for that reason....Ive found sealed star wars and other figs like that too.....yay for laziness!!!!!! lol

:) Technically, I would say all of my vintage G1 TF e.g. Jetfire, Roadbuster, Whirl, WreckGar, UMagnus Jr since I paid big buck for those guys especially Jetfire. But if I had to pick one TF with me, I would say my G1 UMagnus even though it's a reissue. The reason is because he was my first TF and I love the design of the character in both mode.
Devil Bat - 2008-08-11 @ 9:42 pm

As far as Transformers go, when I actually owned them, it would have to be a tie between my Hasbro re-issue Powermaster Prime and my Takara MP Prime. Both were MISB in flawless packaging...and I sold them. *sob*

One of my most prized Transformers was the Japanese import of Ravage from Beast Wars. I bought him back in 2000 from some random store I found in the back of a Tomarts toy magazine. The figure itself is awesome, and has been a favorite of mine for a long time. I always said that if I were to sell every other Transformer I had, I would keep him.

I have since sold him. What're ya gonna do?