Jay Cochran - September 22, 2010
Joined by familiar faces – from the live-action Saga, previous seasons of The Clone Wars and even the expanded universe – the heroes of the Republic are leading the charge into extended storylines examining the backstory of the Star Wars galaxy. In the series’ third season, The Clone Wars expands and explores stories beyond the front lines – revealing new insights and fresh revelations about the characters, the conflict and even some of the stories we’ve seen so far. “Supply Lines” takes the narrative back before the series’ very first episode. It’s an all-new facet to a fan-favorite storyline - airing at 9:00 p.m. ET/PT Friday, September 24 on Cartoon Network.

Ryloth is under siege. Trapped on the surface, Jedi Master Di rallies the local forces with the help of rebel leader Cham Syndulla. Desperate to save them, Senator Bail Organa and Representative Jar Jar Binks are dispatched to the planet of Toydaria, where they must convince the King Katuunko to send aid to Ryloth – before it’s too late.

“This is one of the fun aspects of being this deep into the series,” says Dave Filoni, supervising director of Star Wars: The Clone Wars. “Now that we have two seasons already under our belt, we can go back and look at some different aspects of key moments from the Clone Wars; we can jump around in the timeline. We can explore different aspects and different stories. We have a neat opportunity to blow out stories that we’ve seen already, and look at them from a different perspective, a different point of view – and that’s been an important aspect of Star Wars since the original trilogy.”

Taking place before Yoda’s fateful meeting with King Katuunko on the moon of Rugosa – chronicled in the series premiere episode, “Ambush” – “Supply Lines” sheds light on some of the dramatic events that forged The Clone Wars. It also explores the origins of the Ryloth occupation and the subjugation of the Twi’lek people occupation, explored in the first season’s two-part season finale.

“This conflict is vast, to say the least,” says Filoni. “It’s a big galaxy, and there’s a lot going on at all times. Even two seasons in, we’re only seeing a fraction of the war – key moments that are really focused on the primary heroes from the films. But those moments are framed by heroism and villainy, too, just as there are important events happening concurrently with the key scenes we’ve explored.

We’ve got 22 minutes per episode and 22 episodes per season, and we’re still only scratching the surface of the Clone Wars.”

Serving to support existing stories and to build on the overall mythology of Star Wars: The Clone Wars, “Supply Lines” nonetheless promises its own action and surprises.

Featuring the return of some fan-favorite characters from the live-action films, the episode also introduces some brand new characters – such as Jedi Master Di.

“We’re going to meet Jedi Master Di,” says Filoni. “I like him a lot; he’s cool and I’d like to be able to do more with him. But you should remember that this is a prequel, and that it takes place before the episodes we’ve seen already. There may be a reason we haven’t seen him after the events of this episode. Here’s a hint: Star Wars characters have a history of suggestive names. Greedo was a greedy bounty hunter. Lobot’s a guy with a computer implanted in his brain, like a lobotomy. General Grievous and Darth Maul are both intent on causing pain and suffering. Han Solo’s a loner.

So I’m just saying that maybe Jedi Master Di should watch his back.”
Image 1 of 1 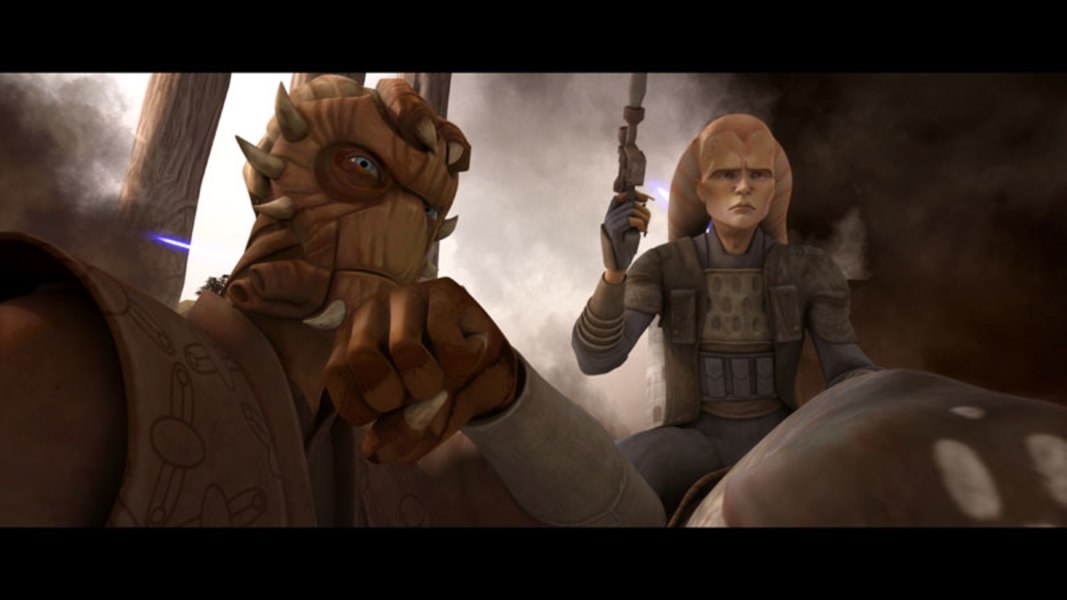 Rodimus had the same problem...a trojan horse came up on his computer too. So it's not just me! I had to wipe my whole hardware clean and start over... Though that exactly, I'm not sure if that caused that issue. Dunno. But it sucked, anyway...

I've never had ANY problems with this site, of any kind. All those things you guys mentioned in this thread, I've never seen the slightest of. I've never seen a pop up on this site ever, nor do I have problems signing in, or getting mis-directed. I load my bookmark, or type in forums.toynewsi.com and sign in even on different computers, and it always works fine for me.

the only ads I see, are the ones on the right hand side, and the big banner ones on the top and bottom, that have been there for years now.

It's always been fine for me before... and I think, since.

But it wouldn't let me access the task manager, took over the background and these lil things kept popping up and would direct me to a phony site. It was really annoying and I dont know if it may have done antyhing permanent or not.. I'm not sure. It was pretty messed up.

I don't know about anyone else... but I actually got a pretty crazy virus from the site last week. It was a trojan... I ran Ad-Aware and Norton, and nothing came up. Still it was popping stuff up and took over my computer. It was annoying! My bf's dad fixed it.. but still I could use my computer for a day, and there was no guarantee it didn't erase my hard drive or anything. >_

this site is crashing my browser everytime I visit. Everytime... for the last few days or so.

I don't know about anyone else... but I actually got a pretty crazy virus from the site last week. It was a trojan... I ran Ad-Aware and Norton, and nothing came up. Still it was popping stuff up and took over my computer. It was annoying! My bf's dad fixed it.. but still I couldn't use my computer for a day, and there was no guarantee it didn't erase my hard drive or anything. >_

Those ads that are usually on the top

Nothing has actually popped up for me, so I dunno.

i haven't even noticed the ads or been redirected anywhere actually... guess my pop up blocker is working fine