During the 'Family Guy' press conference, it was announced that the final chapter in the Family Guy Star Wars 'It's a Trap' will be release on DVD and Blu-ray on December 21st. MacFarlane also claims this is his final parody on the Star Wars films but we know he has the rest of the films in him to be made... Check out the full press release below.

From the Press Release:

Return to the Griffins’ version of that galaxy far, far away as their freakin’ sweet saga continues with “Family Guy: It’s A Trap!” – arriving exclusively on Blu-ray and DVD December 21 from Twentieth Century Fox Home Entertainment. In the third installment of the hilarious Star Wars satire – following 2005’s “Family Guy: Blue Harvest” and last year’s “Family Guy: Something, Something, Something Dark Side” – the Griffins reprise their intergalactic roles in an outrageous retelling of Star Wars: Episode VI Return of the Jedi.

In this spectacular and offensively uproarious final chapter, Luke Skywalker (Chris) and Princess Leia (Lois) must travel to Tatooine to free Han Solo (Peter) by infiltrating the wretched stronghold of Jabba the Hutt (Joe), the galaxy’s most loathsome and dreadful gangster. Once reunited, the Rebels team up with a tribe of Ewoks to combat the Imperial forces on the forest moon of Endor. Meanwhile the Emperor (Carter Pewterschmidt) and Darth Vader (Stewie) conspire to turn Luke to the dark side, and young Skywalker is determined to rekindle the spirit of the Jedi within his father. The Galactic Civil War has never been more outrageous, as the Rebel forces gather to attack the seemingly defenseless and incomplete second Death Star in the battle that will determine the fate of the galaxy.

Adding to the fun, “Family Guy: It’s A Trap!” is loaded with hysterical cameo voice spots – including Patrick Stewart and Michael Dorn reprising their roles from “Star Trek: The Next Generation,” Adam West (“Batman”), Carrie Fisher (Star Wars Trilogy) and conservative talk radio juggernaut Rush Limbaugh as the voice of the large carnivorous reptomammal, the Rancor.

“The fan base for “Family Guy” and Star Wars, both enthusiastic, have embraced the first two hilarious spoofs,” said Mike Dunn, President, Twentieth Century Fox Home Entertainment. “Bringing the distinctive storylines together for the trilogy of parodies has been enormously successful and lends itself to create unique home entertainment releases.”

As an added bonus, “Family Guy: It’s A Trap!” will also be available in Blu-ray and DVD triple-packs featuring all the “Family Guy” Star Wars spoofs. 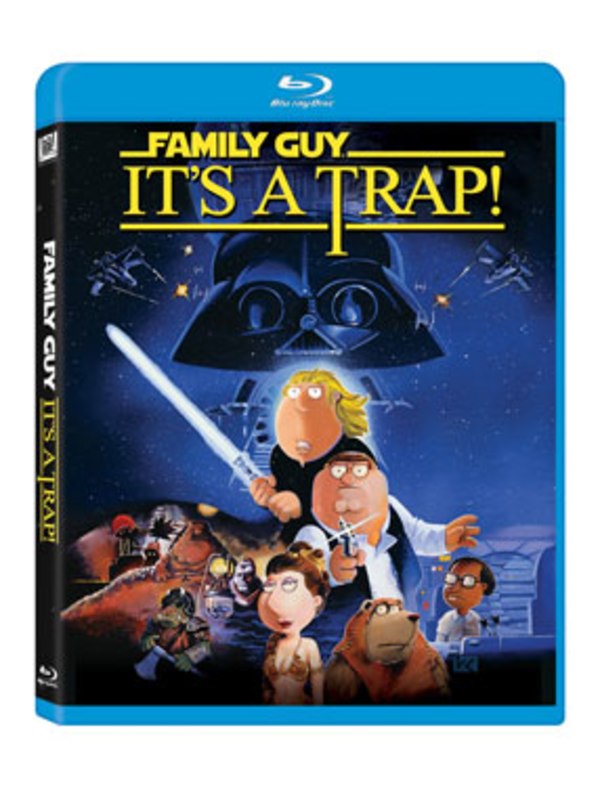 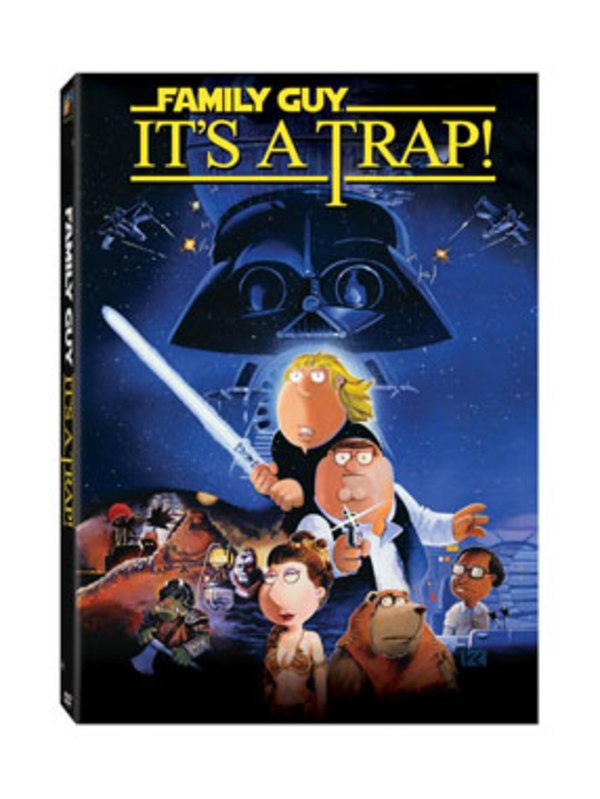