Jay Cochran - April 12, 2010
Managing to sustain the creature’s unbridled fury before it can completely ravage its home planet, the Jedi are ordered to transport the tenuously subdued Zillo Beast to Coruscant for scientific study. An indestructible monster of indescribable power on the galaxy’s most densely populated planet – what’s the worst that can happen? Find out when “The Zillo Beast Strikes Back” in an all-new episode of STAR WARS: THE CLONE WARS airing at 9:00 p.m. ET/PT Friday, April 16 on Cartoon Network.

One of the largest CG-models ever created for The Clone Wars, the Zillo Beast cuts an intimidating first impression by virtue of its sheer size. But daunting though it may be from a physical perspective, the Zillo’s true terror comes not from its corporeal enormity alone; its instantly iconic sound design complements the creature’s features by giving the giant beast just the right mix of power, personality and pain.

“There was a lot of trial and error getting there,” says Dave Acord, sound editor on The Clone Wars and creator of the Zillo’s distinctive cry. “I tried a number of animals, musical instruments, cars – but ultimately, the Zillo roar is 75% horse. Pitched down, of course, and boomed. The other 25% is varying combinations of bobcat and lion, mostly for the growls and some of the heavier bellows. The complexity of the horse whinny seemed to have the right appeal in terms of expression and otherworldliness. At times, the roar can sound terrible and menacing. Other times, you can hear the pain in his voice. The Zillo has a lot of character, and we’ve tried to match that with our sound design.”

Citing musical beginnings as an influence on his notions of cinematic sound design, Acord has worked to develop a keen ear – an essential requirement for creating the aural foundation of that “galaxy far, far away.” The process itself tends to be an iterative one, he says - but that’s all part of the fun.

“When designing a new creature, for example, I may record some animal – or I might have recorded something previously,” says Acord. “But often in the creation of the effect, the idea evolves. I might decide a ‘death scream’ needs a better shriek – and maybe a table scraping on a concrete floor will be the right sound sweetener. That’s really still the best way to get what you want – get out there and record! Sometimes what I start with ends up being something else entirely by the time I’m finished.”

Given that so many of the creatures, vehicles and aliens of The Clone Wars don’t exist in our galaxy, much of Acord’s job requires that he design and develop the rich Star Wars sound-scape from scratch. The result is a daily routine which is anything but monotonous – and a resume which is anything but typical.

“I get to create all the new sounds for the show,” he says. “I was really happy with the way the spider-assassin droids turned out [in ‘Voyage of Temptation’]. Very creepy little springy servos and metallic screams. Some of my other favorites have been the Malevolence and its ion weapon, the darksaber and the commando droids. Dave Filoni has even cast me a few times in the show, too, The most fun is collaborating with some really talented people, like Dave, Matthew Wood, George Lucas and Ben Burtt – to name just a few. I am so proud of the work we do for The Clone Wars; it’s an incredibly dense and detailed show, and we manage to create a 5.1 mix for every episode, which is no easy feat!”
Image 1 of 1 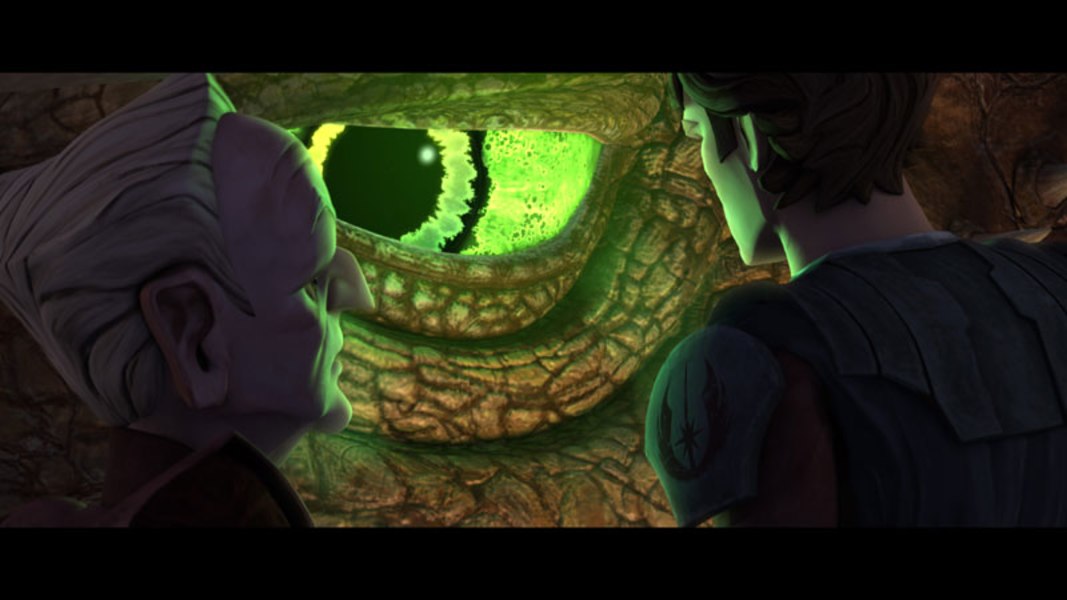