Jay Cochran - April 07, 2010
Desperate to turn the tide of a fierce battle on Malastare, Chancellor Palpatine orders the Jedi to unleash the Republic’s newest super-weapon – an untested electron bomb. Unfortunately for the heroes, the bomb’s blast awakens a fearsome monster of legendary ferocity. With a beast so large and so powerful that it poses problems even for the Jedi Knights, it is clear that sometimes size matters in “The Zillo Beast,” an all-new episode of STAR WARS: THE CLONE WARS airing at 9:00 p.m. ET/PT Friday, April 9 on Cartoon Network.

“The format of the show allows us to do a lot of different things, and George came to us with the idea – basically – of doing a Clone Wars take on Godzilla,” says Supervising Director Dave Filoni. “He knows I’m a big Godzilla fan, so it was a bizarre story meeting when he presented the idea. I was actually a little intimidated to take it on, because it presented such a production challenge; the model for the Zillo was so much bigger and more complex than anything we’d done before. This whole episode showcases a scope we haven’t really seen yet in The Clone Wars. It’s huge. Luckily, a giant monster in Star Wars isn’t that absurd. And we were able to add our own signature, because it’s the nature of the Jedi to want to subdue the beast rather than to destroy it – just as it’s the nature of the power-mongers to want to harness the Zillo’s power. The result is a lot of fun – big, destructive fun.”

Leading the Jedi against the beast is Mace Windu, one of the Council’s most powerful members – but also one of its most temperate.

“Mace is strong, but he’s also compassionate and fair,” says T.C. Carson, who voices Mace in The Clone Wars. "It presents a challenge when dealing with something as massive as the Zillo, because Mace has to weigh the beast’s life against its enormous potential for destruction. And the fact that he feels responsible for its awakening only adds to the burden. Mace is a smart guy, though, and he’s got some tricks up his sleeve – but I think the Zillo should have ample time to tear things up before Mace sets his plan into motion. This is a really fun episode.”
Image 1 of 1 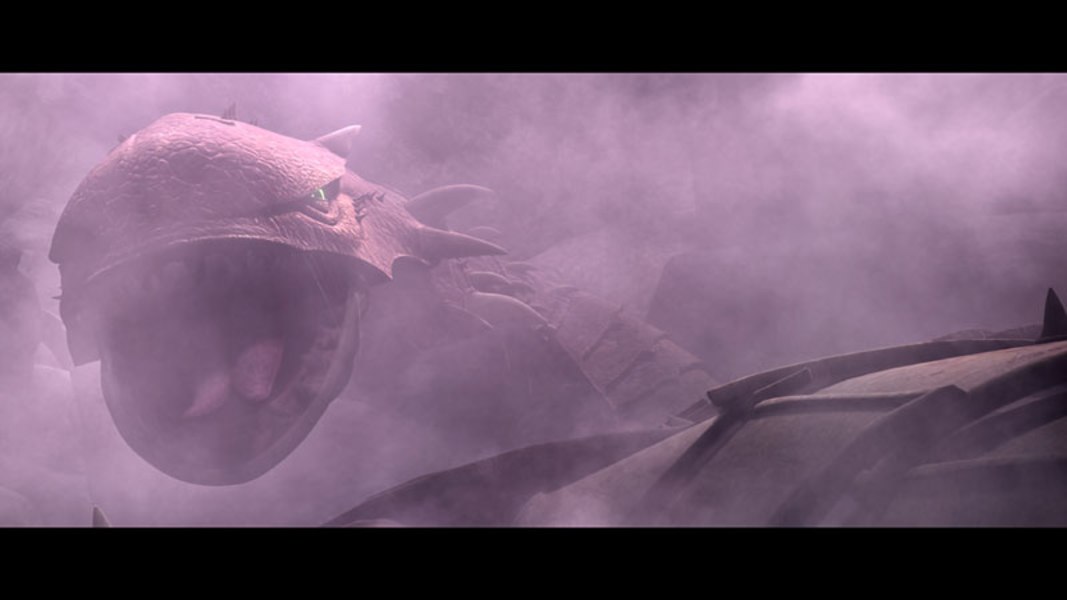