Anakin Faces Off Against an Infamous Separatist Strategist In The Next Star Wars: Clone Wars

Jay Cochran - March 22, 2010
Across the hollow void of space, two titanic forces clash in an epic battle of wits and wills. On one side is the infamous Admiral Trench – a master strategist with the full might of the Separatist fleet at his malevolent disposal. On the other is Anakin Skywalker, tasked with delivering vital troops and supplies to the beleaguered planet below. Armed with only his cunning and an untried stealth starship, Anakin faces nearly impossible odds and an undefeated foe – and the brash young Jedi wouldn’t have it any other way. The headstrong hero of the Republic thrives in this dangerous game of “Cat and Mouse,” and an all-new episode of STAR WARS: THE CLONE WARS airing at 9:00 p.m. ET/PT Friday, March 26 on Cartoon Network.

“Right now, we are portraying Anakin as the hero that old Ben described in the original movie – a brave warrior and a great pilot,” says Matt Lanter (Sorority Row, 90210), the voice of Anakin. “I like getting to play the confidence in him – the cockiness. He literally thinks he always has the best plan, and can get his way out of any situation – and the cool thing is that most of the time he can. Yes, we definitely see some flashes of what’s to come. He has a temper, and he likes a good fight. But Anakin has a good heart and good intentions, and I try to bring that honesty to the character. He’s different from the Anakin we saw in the films; he is more likeable and swashbuckling at this point. I just try to bring out that confident Anakin – and I love that characteristic because it’s so much fun for me to play.”

But while his cavalier attitudes and headstrong sensibilities may serve him well on occasion, Anakin’s reckless tendencies are not always destined to save the day.

“At this point in the series, I would say he’s still a hero – but we are seeing more and more flashes of the dark side, and more of the temper which foreshadows what’s to come,” says Lanter. “Anakin wants to do what he believes is just and fair, but I feel like the entire Star Wars universe has shades of gray. The Republic isn’t necessarily always right and fair, and that’s why Anakin falls in the end. He doesn’t like to follow rules if he feels it doesn’t make sense to do so. For now, that turns out well, and he saves the day. Sometimes, it doesn’t turn out so well…”
Image 1 of 1 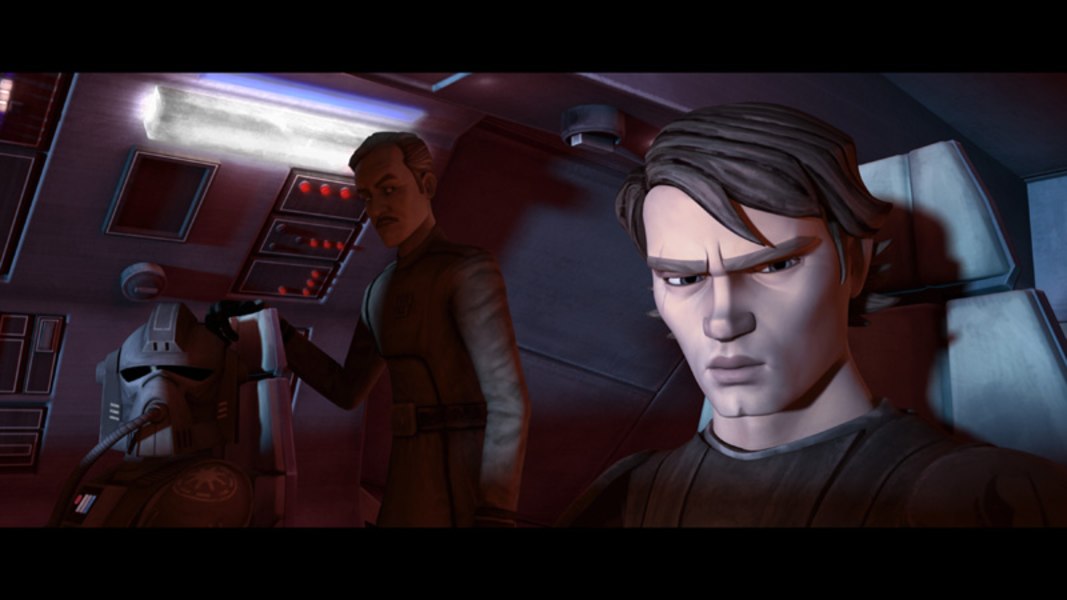