Padme Amidala Unravels a Tangled Web of Corruption in an All-New Star Wars: The Clone Wars

When Senator Onaconda Farr dies under suspicious circumstances, Padmť Amidala sets out to find the person responsible Ė working independently of the efforts of the bureaucratic local inspector. Following a trail of clues, she delves into a dangerous world of backstabbing, lies and corruption. The tangled web of intrigue reaches to the highest levels of the Republic political hierarchy in ďSenate Murders,Ē an all-new episode of STAR WARS: THE CLONE WARS airing at 9:00 p.m. ET/PT Friday, March 19 on Cartoon Network.

ďMany of Padmťís episodes center around politics, for obvious reasons, and theyíre sometimes a departure Ė to a degree Ė from the action-packed episodes,Ē says Catherine Taber, the voice of Padmť in the series. ďWe try to create a feeling of tension and suspense, but Dave [Filoni] and the writers always include a touch of comedy, as well. Itís an essential element of the classic detective genre that influenced ĎSenate Murders,í but itís also such a key ingredient of classic Star Wars. One of the nice things about The Clone Wars is that we hearken back to all of the classic elements that made Star Wars so great, including the political intrigue,Ē she continues. ďDiplomacy Ė or the lack thereof Ė is essential to The Clone Wars, and part of the foundation for the Star Wars Saga. Good and bad, the motivations are so important; these are the reasons people fight. I love the great battle sequences and I love watching things blow up, but itís all so much better when we know about the quiet conflicts underneath.Ē

Through rarely in the seriesí epic spaces battles or out on the front lines, Padmťís behind-the-scenes role often serves to shine a light upon the character motivations, revealing the driving forces Ė and devious machinations Ė which propel the war itself. Additionally, her own investigations, ambitions and efforts tend to uncover aspects of the conflict altogether unseen by the swashbuckling, headlining heroes.

ďIn her own way, Padmť brings so much to the larger story. Of course, sheís the reason that Anakin eventually falls to the dark side, and sheís the mother of Luke and Leia Ė but what I think is really interesting is that sheís such an important foil to many of the characters. It is often through her that we see other central characters illuminated.Ē
Image 1 of 1 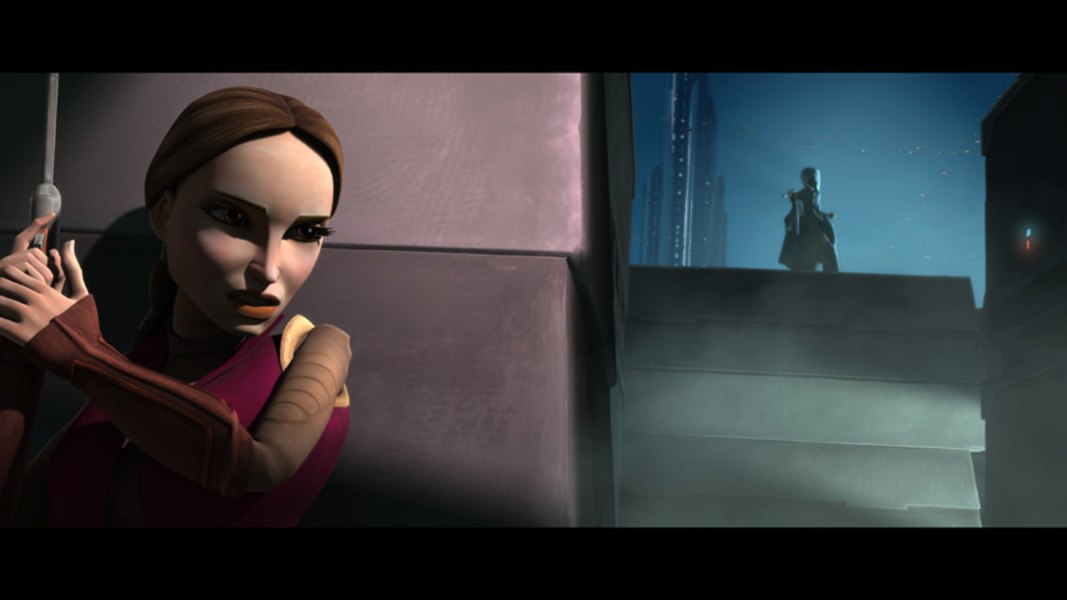