Obi-Wan Kenobi's Past Resurfaces in an All-New Episode of STAR WARS: THE CLONE WARS

Jay Cochran - February 03, 2010
Reunited with a former flame while on a mission of vital importance to the war effort, Obi-Wan Kenobi must defend his convictions and fight for his beliefs – even though taking up arms drives him further from the woman he once loved. The Mandalorian saga takes a personal turn in “Voyage of Temptation,” an all-new episode of STAR WARS: THE CLONE WARS airing at 9:00 p.m. ET/PT Friday, February 5 on Cartoon Network.

Traveling to Coruscant aboard the palatial royal vessel of the beautiful Duchess Satine Kryze of Mandalore, Obi-Wan and Anakin discover a plot to assassinate the powerful political figure before she reaches her destination. As the Jedi and their clones fight to protect the Duchess from a deadly cargo of assassin droids, Anakin discovers that his former Master has a history with the Mandalorian emissary – and that the elder Jedi is not without personal attachments of his own.

“I always wondered what would happen if Obi-Wan had been put in the same position as Anakin – specifically meeting and falling in love with a woman,” says series writer Henry Gilroy. “Would he be able to maintain his vow to the Jedi at the cost of true love? We know how Anakin dealt with this, but how would Obi-Wan fare against the same temptation? I think a lot of people have had relationships that never really got a chance to flourish, and there's always that ‘what if…’ sort of feeling. Even people in healthy, happy relationships ponder their old flames and think about what might have been. I think it really broadens Obi-Wan as a character. He's revealed as a man – someone we relate to because he has romantic feelings like the rest of us, even though he's a Jedi.”

Of course, the vows of the Jedi Order are not taken lightly, and it takes a truly remarkable woman to turn the head and test the heart of Obi-Wan Kenobi. Resolute in her own pacifist ideologies, Satine provides a counterpoint to Obi-Wan’s notions of peace-keeping and conflict resolution.

“Satine’s a formidable woman in all regards – extremely intelligent, incorruptible, passionate and beautiful, with a great devotion to peace. She might come off as stuffy, but that is because she knows she's in a den of wolves and must appear powerful and unshakable,” Gilroy says. “Throughout history, some of the most powerful figures – like Gandhi and Dr. King – were pacifists who literally changed the world by refusing to fight. There's so much fighting in The Clone Wars; when someone is brave enough to speak up to try and stop it, that voice becomes like a light in the darkness, strong and memorable. Satine's resolved to always use peaceful means to end conflicts. The Jedi are peacekeepers, but they carry swords; if they have to use violence to end conflict, they will. That's unacceptable to Satine; she believes that if you bring a weapon to negotiations, you don't want peace. So, she's upset that the Jedi have allowed themselves to be drawn into the war, because it is everything that they are supposed to be against.”

Together, the two consistently challenge one another, each steadfast in their respective beliefs. It is this mutual respect which draws them together, even as their convictions keep them apart.
Image 1 of 3 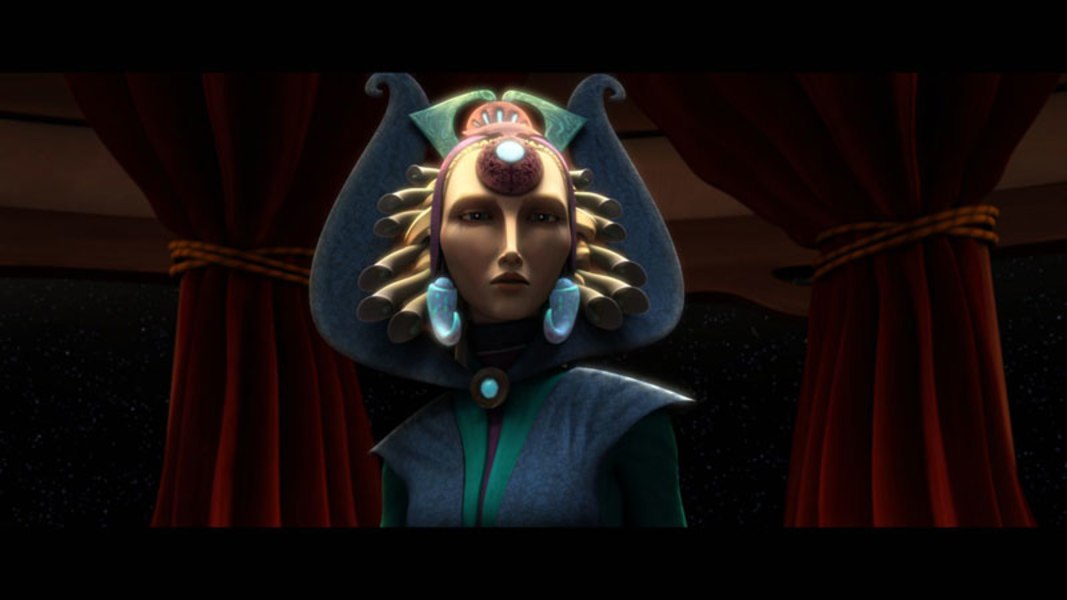 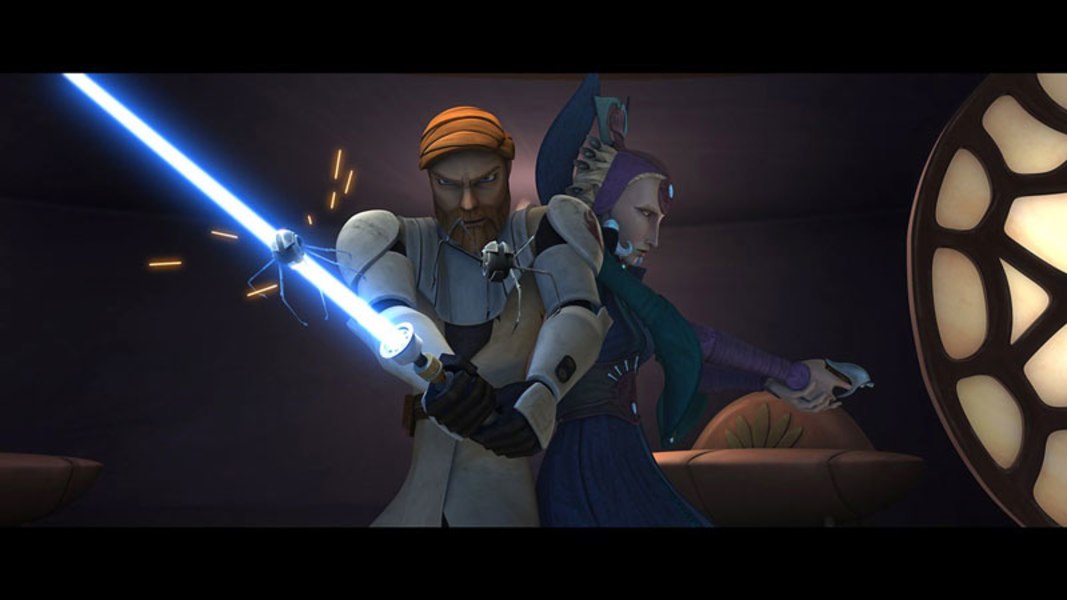 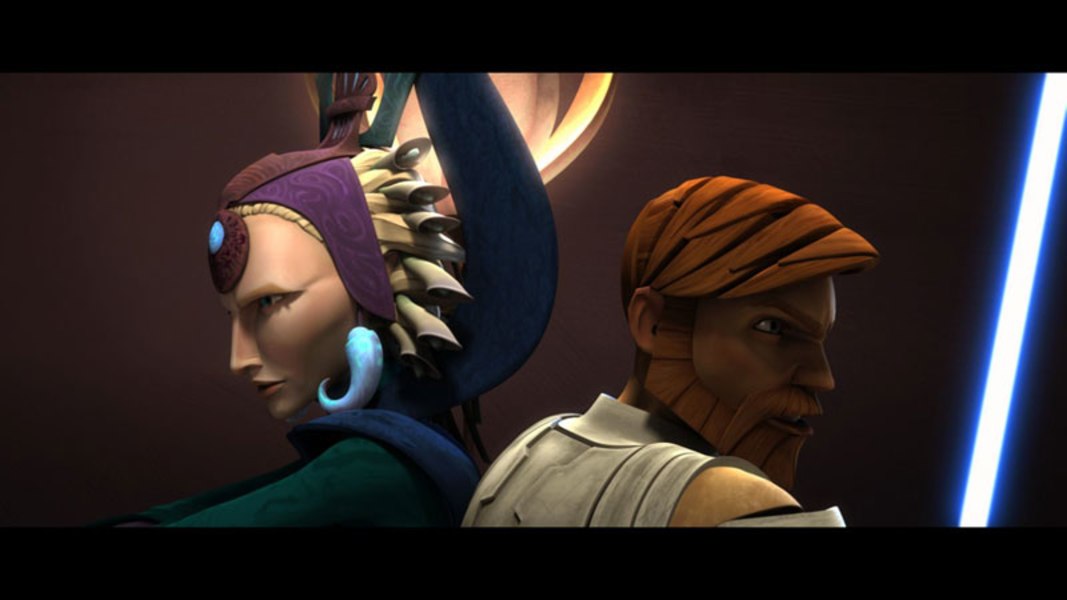