Jay Cochran - January 27, 2010
Nearly wiped out by the Jedi Knights in a long-ago war, deadly Mandalorian warriors emerge from the shadows to exact cold revenge upon their peace-seeking rivals. Cloaked in mystery and hardened by memories of their bitter defeat, they are fueled by a collective desire to reclaim the glory of Mandalore – no matter the cost. Pitting skill and determination against the power of the Force, “The Mandalore Plot,” launches an epic, three-part clash that could turn the tide of the war itself. It’s an all-new episode of STAR WARS: THE CLONE WARS airing at 9:00 p.m. ET/PT Friday, January 29 on Cartoon Network.

Sent to look into troubling rumors surrounding Duchess Satine of Mandalore, Obi-Wan Kenobi discovers the truth behind the whispers of a mysterious conspiracy. But his investigation uncovers more than he’d originally anticipated, pulling back the shadowy shroud from a long-rumored splinter group and bringing to light a deadly threat to the Republic.

Originally introduced as concept art that ultimately became the basis for bounty hunter Boba Fett, the Mandalorians have been favorites within the Star Wars fan community for years, even though much remains to be discovered about their culture, their history, or their in-universe origins. With only glimpses into the true nature of these mysterious warriors, they have long been the subject of rampant fan speculation and discourse. And now they are making their Clone Wars debut.

“This is how George has always envisioned the Mandalorians,” says Supervising Director Dave Filoni. “Of course, people immediately think of the iconic Fett armor, because that’s all we’ve had to go on for so many years; it’s mysterious, and we’ve built up that mystique as fans. But Boba and Jango Fett aren’t necessarily what I would consider accurate representatives of the Mando culture. They’re bounty hunters and outlaws – totally rogue. If you go way back to the original concepts, the Mandalorians were a group of supercommando troops; it’s only now that George is really bringing that to the screen. They’re in the series because he wanted to define their culture, to explore the foundations of this warrior faction.”

According to Filoni, the introduction of Mandalorians was something that had been discussed as early as the first season of The Clone Wars – although Lucas held off on approving the story arc until the series’ second season, once the larger conflict had been more firmly established.

“This was a running joke among the crew early in the production,” says Filoni. “A lot of people on the crew wanted to see the Mandalorians – especially our head writer, Henry Gilroy – but they were off-limits to us at the time. George definitely has a sense of pace, and of a natural order for Star Wars storytelling; plus, it’s his universe, so we had to set aside our Mando ideas for the time being. Ultimately, though, he came back around and gave us his blueprint for how he wanted to see the Mandalorian culture represented, which is great because they bring so much to the conflict. The first season was pretty straightforward; we had the Republic versus the Separatists. But now we have these splinter groups – like the Mandos, the bounty hunters, and the Geonosians – who each bring something totally different to the table."

Voicing the leader of the Mandalorian warriors is actor/director Jon Favreau – a long-time Star Wars fan. His involvement in The Clone Wars came as an indirect result of post-production for the first Iron Man film; he was working with Industrial Light & Magic and Skywalker Sound when his path crossed with Filoni’s at Lucasfilm’s Skywalker Ranch.

“I had mentioned that I would love to do a voice, and that I’d done voices before – and the idea for me to play a Mandalorian came up. I wasn’t holding out for a cool character, but I think the Mandalorians are probably the ones that the die-hards are going to be the most curious about,” says Favreau. “I grew up a fan of Star Wars. It was the first time I had ever experienced that really iconic, mythic archetypal storytelling. What’s fun about Star Wars is that it still has as much relevance and impact now as it did then. It seems to be a set of characters and a world that is timeless, and every generation seems to embrace. So it’s fun to be able to share with my family and my kids the excitement that I had when I was young.”
Image 1 of 7 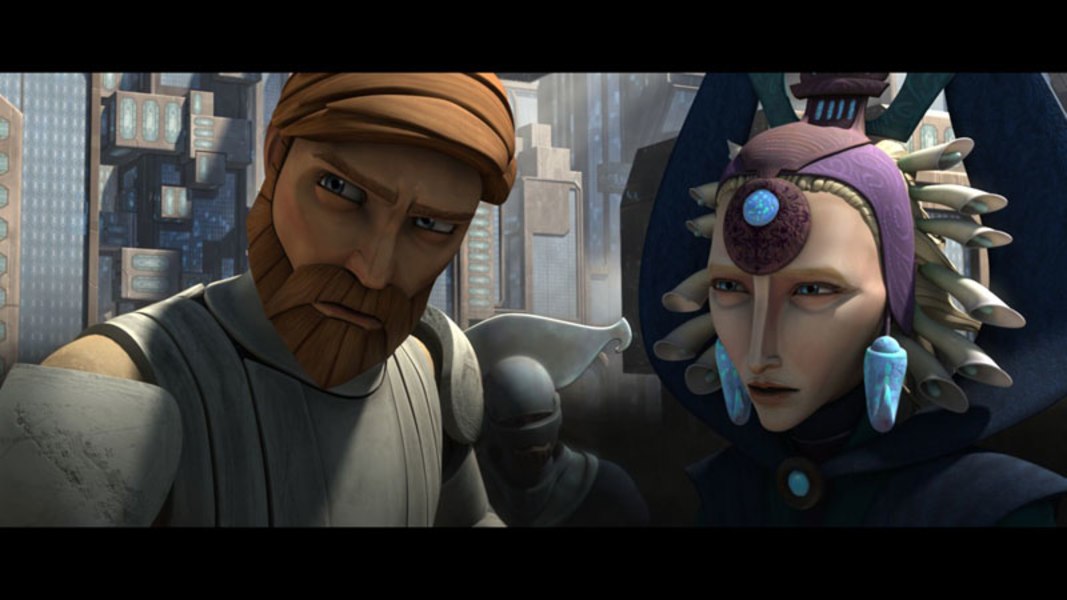 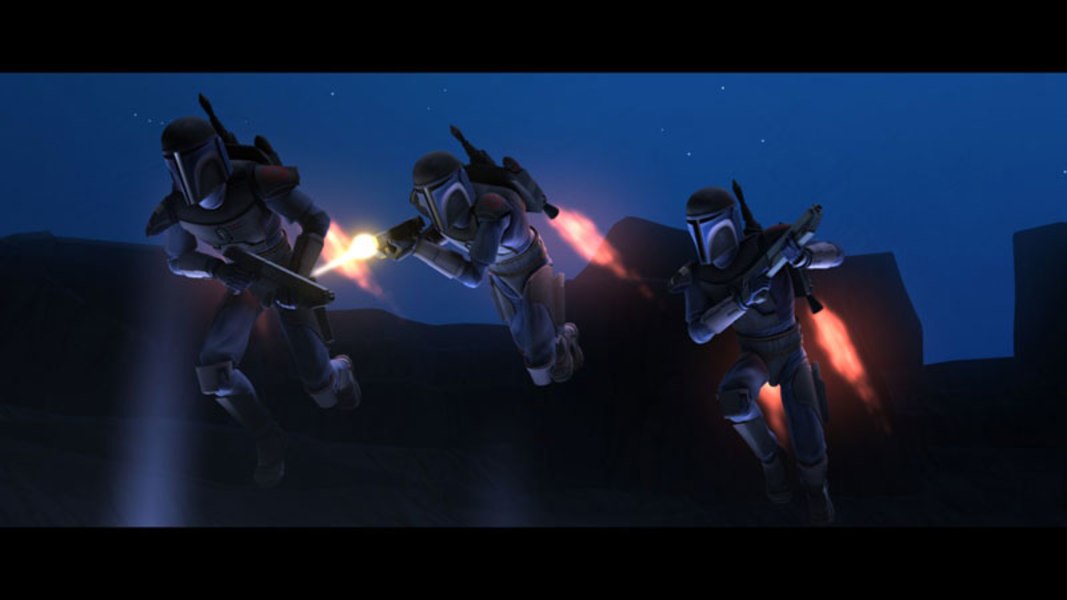 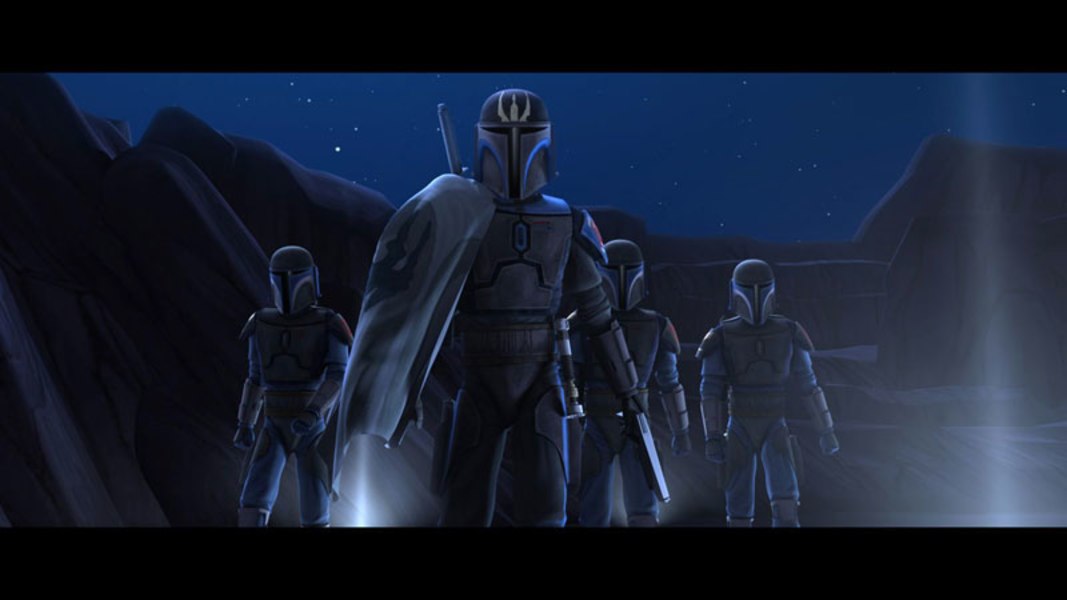 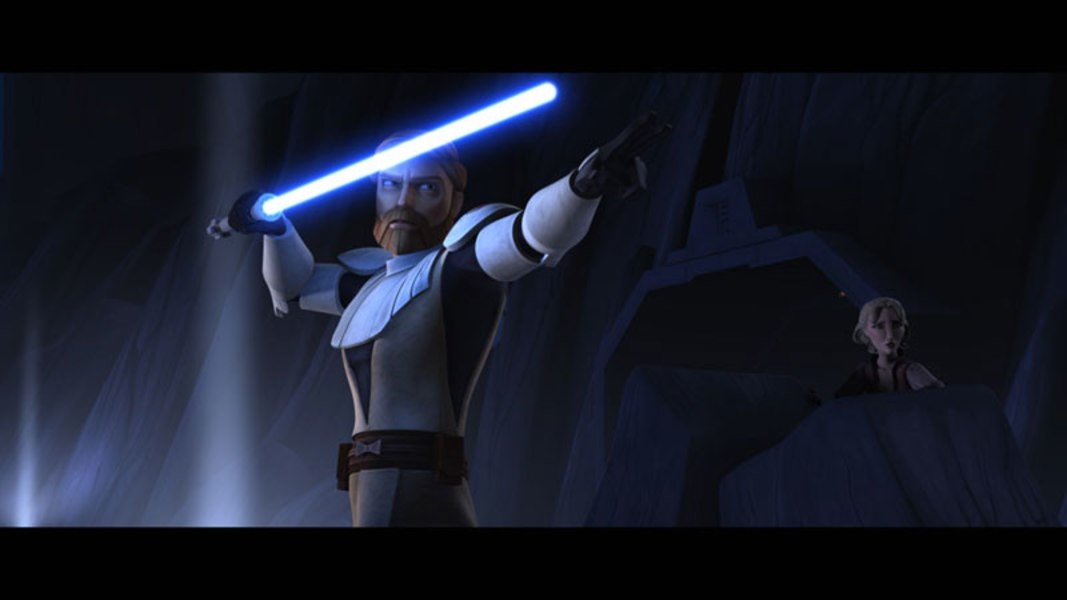 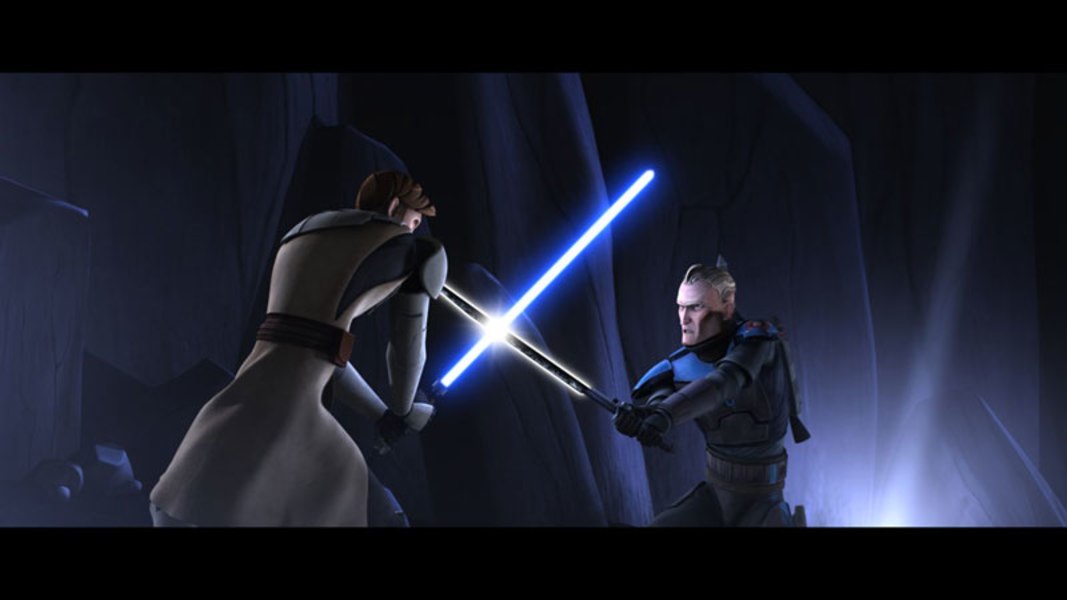 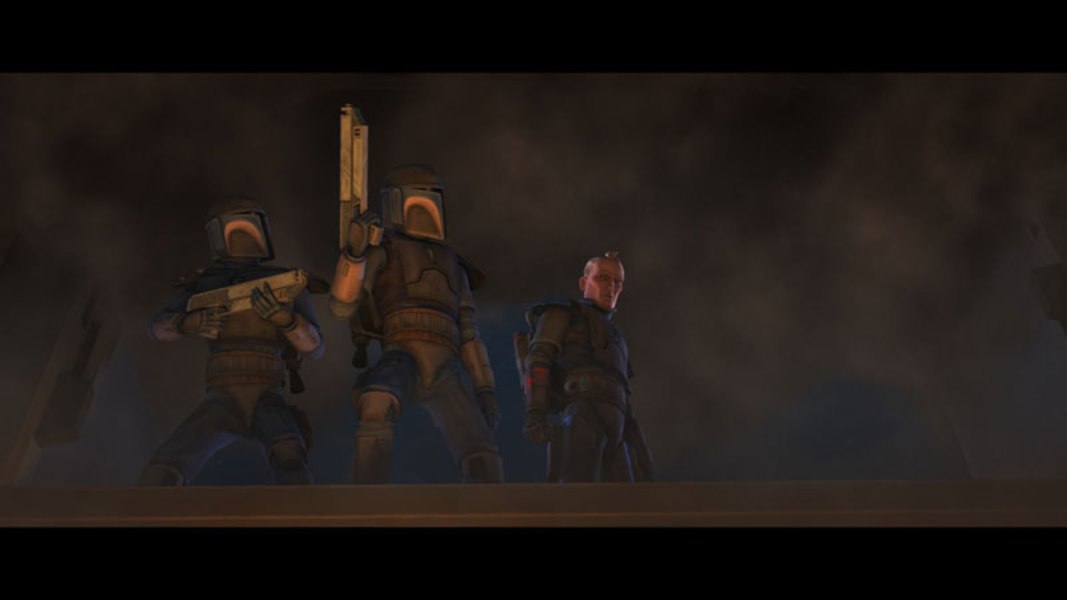 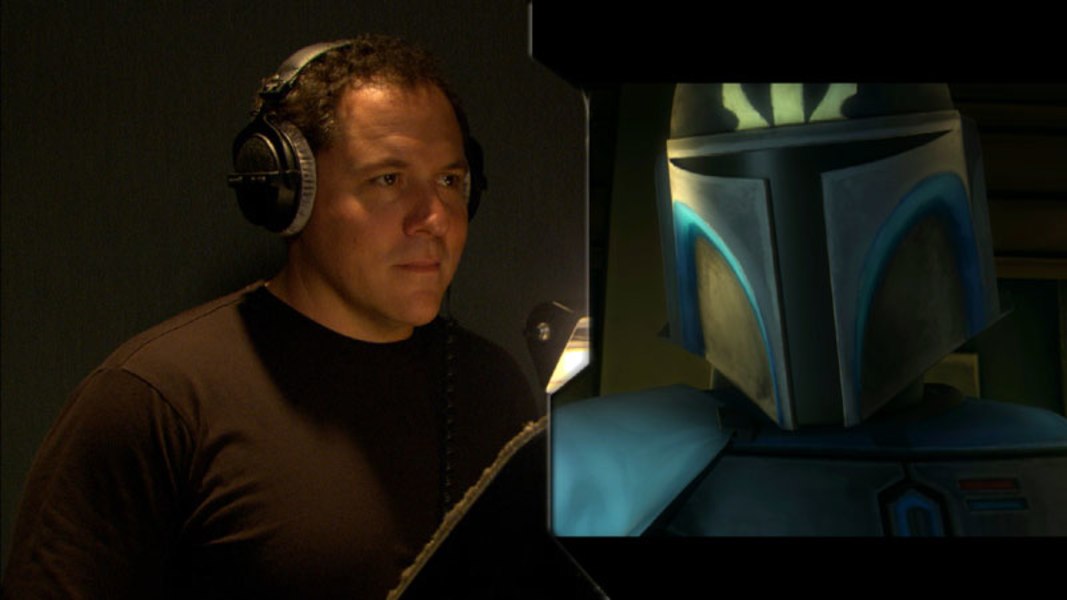