Jay Cochran - November 18, 2009
In pursuit of Poggle the Lesser, Jedi Master Luminara Unduli descends deep into the catacombs of Geonosis, where she uncovers an even greater threat to the galaxy in “Legacy of Terror,” an all-new episode of STAR WARS: THE CLONE WARS, airing at 9:00 p.m. ET/PT Friday, November 20 on Cartoon Network.

When Luminara disappears while tracking the Geonosian warlord, Obi-Wan Kenobi and Anakin Skywalker lead a platoon of clone troopers in search of her. Following her trail, the heroes descend deep into the lair of the grotesque Geonosian queen – Karina the Great – where they discover that the hive is alive and teeming with undead defenders.

Though the episode finds Luminara confronted by agents of evil deep within the darkest bowels of Karina’s underground nest, actress Olivia d’Abo saw her character’s strength reflected by the grave nature of the circumstances. Rather than succumbing to despair, Luminara embodies the teachings of the Jedi Order even in desperate times. Despite her thoughtful and meditative nature, she is nonetheless a dedicated protector of peace and justice – and a formidable warrior when called to action. Faced with the potential escape of her quarry, she doesn’t hesitate to follow Poggle into the heart of darkness. Devoted to her noble cause even at the risk of life and limb, she is the quintessential Jedi Master – brave, strong, sage and selfless.

“Luminara is a Jedi, so she’s always going to have that ability to focus and remain calm,” says d’Abo “I’m thrilled to be playing a role that requires such wisdom and strength; it is really empowering.
Image 1 of 1 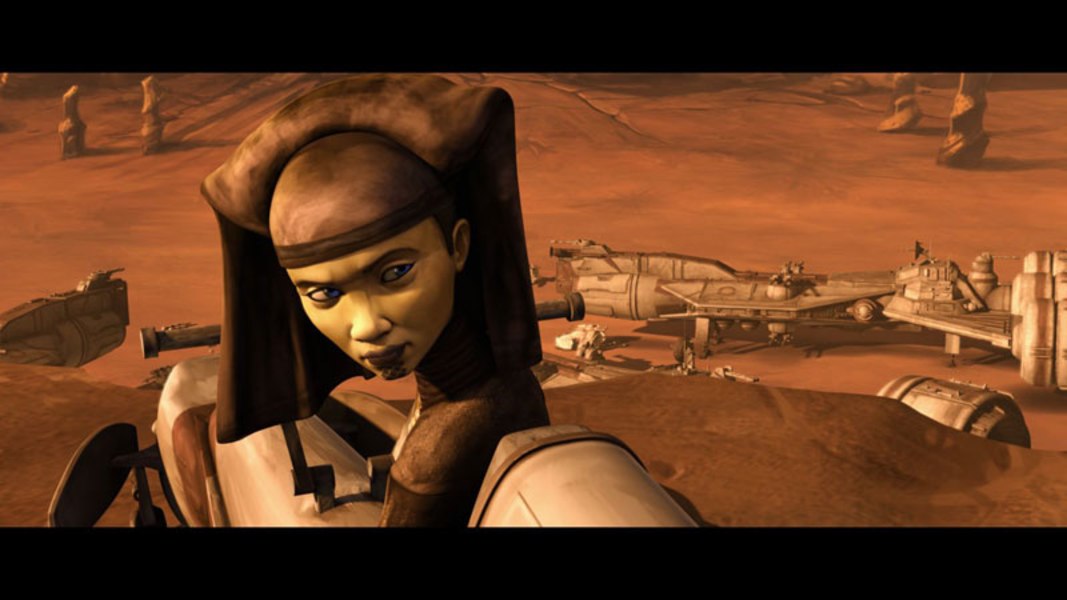 Last day on these figures....