Operating without the supervision or protection of their respective Jedi Masters, Padawans Ahsoka Tano and Barriss Offee embark upon a desperate, last-ditch effort to destroy the droid foundry established by Poggle the Lesser on Geonosis. But when their descent into the Geonosian catacombs becomes a deadly journey into darkness, they must rely on each other’s strengths to find the light and complete their mission in “Weapons Factory,” an all-new episode of STAR WARS: THE CLONE WARS, airing at 9:00 p.m. ET/PT Friday, November 13 on Cartoon Network.

“The one thing I really think is great about The Clone Wars is how it has a message in it of courage and loyalty and honesty and hard work,” says Meredith Salenger, who provides the voice of Barriss. “Barriss is very bright, honest, professional and brave. She would much rather sacrifice herself for the protection of others and the completion of her mission. Just learning those things – the tenets of the Jedi way – is important for kids. The Jedi have good values.”

Perhaps best known for her starring role in Disney’s The Journey of Natty Gann, Salenger welcomed the opportunity to embody one of the Jedi role models from George Lucas’ “galaxy far, far away.” Of particular interest, though, was the prospect of exploring a new type of interpersonal dynamic within the Order – specifically the burgeoning friendship between Ahsoka and the strait-laced Barriss.

“Her Jedi Master is Luminara Unduli, who is very by-the-book and ordered. As a loyal student, Barriss tends to be just as structured in her approach to dealing with situations,” Salenger says. “However, I think the more time she spends with Ahsoka, the more she tends to improvise a bit and trust her own instincts. Like most relationships, you are always learning from your friends who have different attitudes about life. When Barriss is with Ahsoka, her vulnerability and curiosity come out. With best friends, you can’t help but be influenced by one another.”

A newcomer to the world of voice acting, Salenger found herself influenced – and inspired – by the cast and crew of The Clone Wars, though she also found herself drawing from her own well of inner fandom.

“Who isn’t a Star Wars fan? I remember standing in line outside the movie theater with my Dad when the very first Star Wars came out. I honestly feel blessed to be part of it - though since working on the show, I’ve learned a lot more about the Star Wars universe,” she says. “Working with Dave [Filoni] is like working with the most creative and imaginative guy ever. He is so much fun; he is so good at directing the actors and creating a visual of the scene and what our characters are going through. I thank him all the time for bringing me on board.”
Image 1 of 1 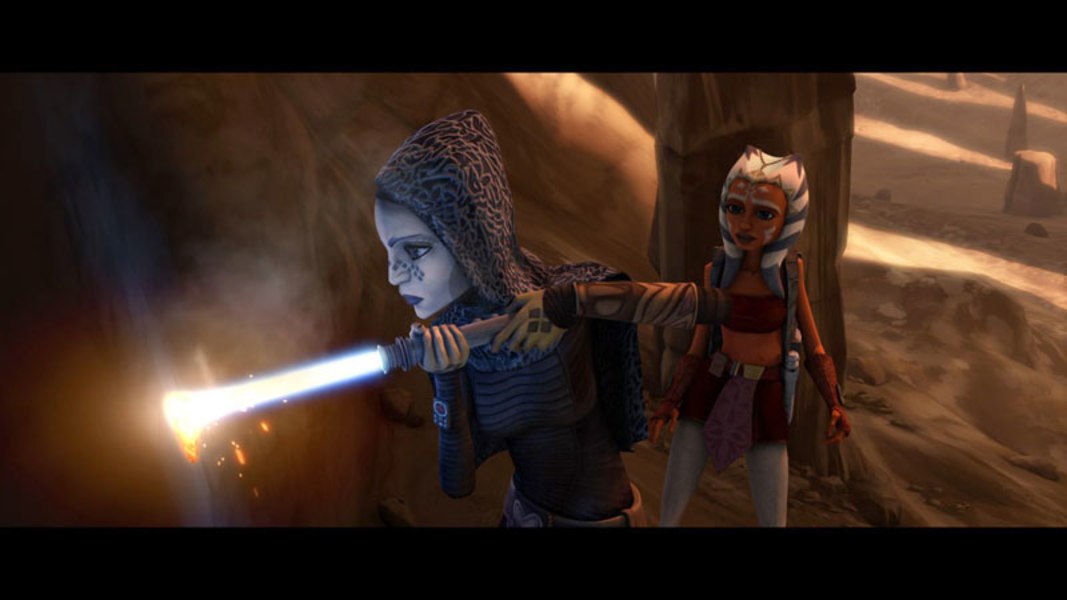