Action Intensifies in an All-New Episode of STAR WARS: THE CLONE WARS - Airing this WEDNESDAY at 8:00pm!

Jay Cochran - November 02, 2009
Impossible odds. An impregnable fortress. A battle like nothing you’ve ever seen.

The first chapter in a massive four-part story arc, the Geonosian campaign begins with “The Landing at Point Rain,” a SPECIAL PRESENTATION of STAR WARS: THE CLONE WARS airing at 8:00pm ET/PT this WEDNESDAY, November 4 on Cartoon Network.

Anakin, Ahsoka and Ki-Adi-Mundi lead a landing party to destroy a droid factory that Poggle the Lesser has rebuilt on Geonosis, but things go terribly awry when Separatist gunners shoot down the Republic ships. Despite heavy losses, Anakin and Ki-Adi-Mundi must rendezvous in time to destroy the enemy factory before it can begin production.

Featuring far more intensity than has been seen previously in THE CLONE WARS series, the action-packed episode pushed the limits of Lucasfilm Animation’s production processes, showcasing the depth and breadth of the animated “galaxy far, far away” in ways that hadn’t been possible before.

“Internally, we just keep getting better and better,” says Dave Filoni, supervising director of STAR WARS: THE CLONE WARS. “There’s no way we could have done something like this in the first season. We just didn’t have the assets to populate a battle this big, but we’ve learned so much and we’re still learning. It’s pretty amazing to be able to do something so theatrical and ambitious.”
Image 1 of 1 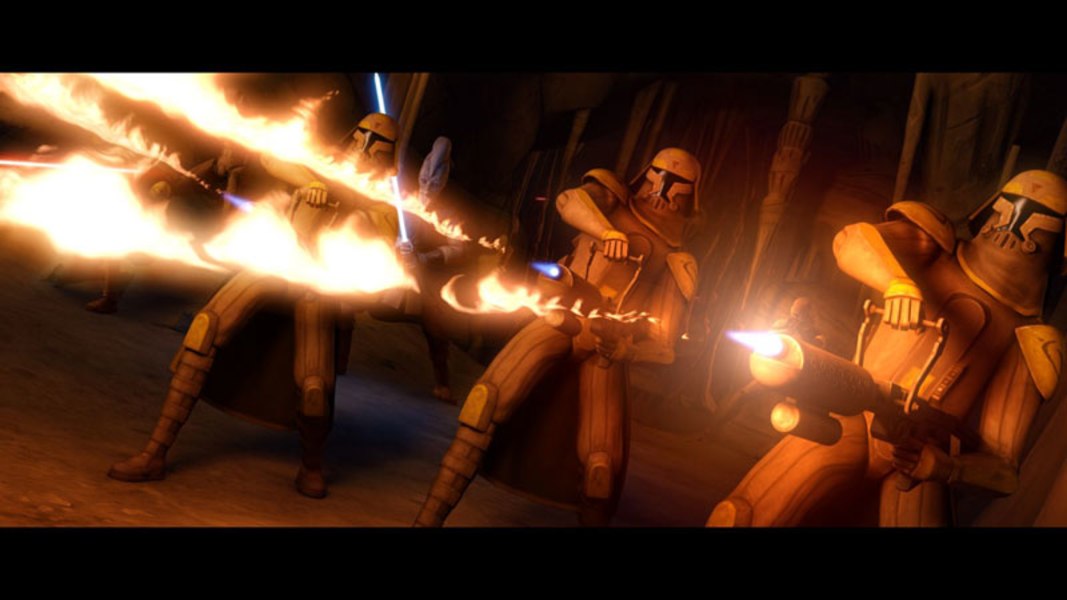 not trying to hijack your thread, but that helmet just doesn't work for the Sci-fi; it's just too big. get hold of a DTC Salvo helmet, it's perfect.

Hey Darth thanks... I got that helmet from Master Guns about two years ago.

That Sci-Fi is badass!

Where'd you get the helmet for him?