Bespin refugee - August 22, 2009
From StarWars.com:
" long time ago, in a Cineplex not too far away, one of the greatest movies was unleashed upon the universe. It's a dark time for the rebellion but the future has never been brighter for Family Guy and Star Wars fans when Family Guy: Something, Something, Something, Darkside arrives exclusively on two-disc Blu-ray (BD) with Digital Copy and DVD December 22 from Twentieth Century Fox Home Entertainment.

The second DVD premiere feature from the creators of Family Guy after 2005's enormously popular Stewie Griffin: The Untold Story, and a follow-up to the 2008 Star Wars spoof Blue Harvest, this time around the Griffin clan packs lightsaber sharp wit as they parody the classic sequel The Empire Strikes Back.

Luke (Chris), Leia (Lois), Han Solo (Peter) and Chewbacca (Brian) have evaded the dreaded Imperial Starfleet led by the cunning, conniving and curiously short evil lord Darth Vader (Stewie), setting up a new secret base on the remote ice world of Hoth. With the rebellion in trouble, young Skywalker must take the advice of his late, and rather lascivious, mentor Obi-Wan Kenobi (Herbert) and learn the ways of the "farce" under Jedi Master Yoda (Carl) to save the galaxy once and for all.


Meanwhile Princess Leia (Lois) finds herself taking a shine to the scruffy pilot Han Solo (Peter) and, against all odds, the two soon fall in love. But an encounter with Han's old friend Lando Calrissian (Mort) lands them in the clutches of the Empire. Envisioning this, Luke chooses to forgo his Jedi training to save his friends. It all comes to a head in a climactic confrontation with Darth Vader himself. Family Guy proves that even in the far reaches of space, the dark side can be much lighter!

The BD and DVD features bonus materials smoother than a Colt 45 including commentary with deleted scenes, making-of featurettes, animatics and a pop-up video feature.

Two-Disc Blu-ray With Digital Copy Specs:
The Family Guy: Something, Something, Something, Darkside BD is presented in full-screen 4x3 aspect ratio featuring English 5.1 Dolby Surround, Line 21, English for the Deaf and Hard of Hearing, English, Spanish, and French stereo and subtitles. Special features include:


Digital Copy
Audio Commentary
Deleted Scenes
Behind-The-Scenes Featurette -- "The Darkside of Poster Art"
Animatics
Pop-Up Video
DVD Specs:
The Family Guy: Something, Something, Something, Darkside DVD is presented in full-screen aspect ratio featuring English 5.1 Dolby Surround, Line 21, English for the Deaf and Hard of Hearing, English, Spanish, French, and Brazilian stereo and subtitles. Special features include all those listed above except Digital Copy."
Image 1 of 2 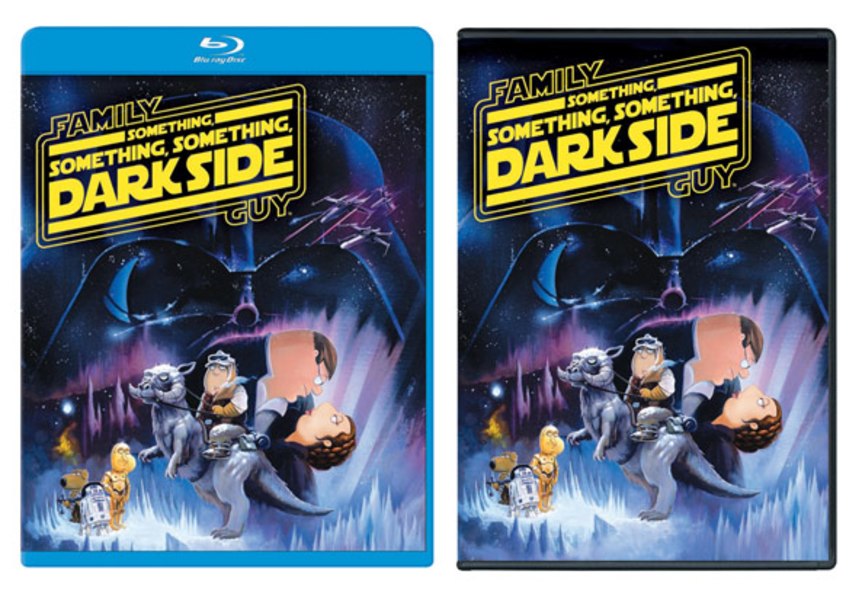 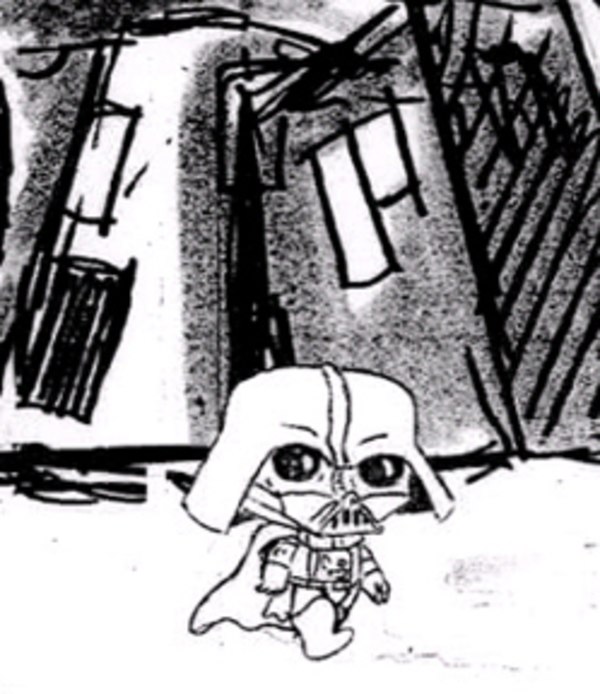 I think some repaints are going to be an almost certainty. We'll more than likely see repaints of Starscream as Thundercracker & Skywarp. Possibly even the rest of his "clones" from the show. We'll also probably see a repaint of Bumblebee as Cliffjumper and possibly a repaint with a different headsculpt as Wasp. I also wouldn't be surprised to see a repaint with new headscupt of Ratchet as Ironhide. At least that's what I'm hoping for.

With luck, they will do some remolding (at least new heads). That's one thing that bugs me about the lines today.

they'll all be repainted several times for the mainline release, plus Botcon repaints and all the lucky draws, etc, etc..

I am guessing all seekers of course, In the sequence i saw about omega supreme there was a female seeker.

you know prowl will be a rapinted decepticon. screamer will also be in various colors. i am sure the leaders sizes will be reapinted as well with darker colors. oh yeah why does this line have 18 freaking optimus sizes?

I think some repaints are going to be an almost certainty. We'll more than likely see repaints of Starscream as Thundercracker & Skywarp. Possibly even the rest of his "clones" from the show. We'll also probably see a repaint of Bumblebee as Cliffjumper and possibly a repaint with a different headsculpt as Wasp. I also wouldn't be surprised to see a repaint with new headscupt of Ratchet as Ironhide. At least that's what I'm hoping for.

I'm sure Hasbro will come up with plenty of repaint ideas.

While Starscream doesn't look bad, his quality really sucks. I'm afraid to look at him fearing parts will fall off if I do. So we'll probably get a ton of those and probably in all of the g1 seeker colors. Of course it would have to be my least favorite SS figure.

Probably a nemesis Prime somewhere along the way.

Then I'd imagine they'll just repaint some figures and make up new character names for them or just stick them with older more obscure names from the past.

I expect to see alot of Starscream repaints and maybe a Cliffjumper, but I don't know about the rest.