The final chapter of the thrilling three-part Ryloth saga, “Liberty on Ryloth” brings Jedi Master Mace Windu to the Separatist-occupied planet for the crucial final stages of the peacekeeping effort. The all-new episode of the hit animated series STAR WARS: THE CLONE WARS premieres at 9 p.m. ET/PT Friday, March 13, on Cartoon Network.

With Republic forces stretched thin, Mace must convince the beleaguered people of Ryloth to rise up and join him in repelling the droid army. But the Twi’lek freedom fighters are wary of intervention from outside of their race, and are hesitant to trust the Jedi’s efforts. With the liberation of the planet at stake, time is of the essence and Mace must rally the natives for their final stand against the Separatist invaders.

With a story developed alongside creator George Lucas and supervising director Dave Filoni, the episode reflects some of the untold stories that necessarily unfold when the canvas is as expansive as a galactic war. Director Rob Coleman and writer Henry Gilroy were intrigued with the prospect of exploring the viewpoint of the conflict’s non-military combatants – particularly with regard to their dealings with the Jedi.

“Jedi were never intended to be generals in an army, and this was our first chance to focus on Mace Windu – so rather than show him as a fantastic warrior, we explore his exceptional skills as a negotiator,” Gilroy says. “We put Mace in a position to recruit the Twi’lek freedom fighters to join the clones in trying to free the capital city of Ryloth.”

But negotiations are only the beginning. Once he has convinced the freedom fighters to stand at his side, Mace must lead them in a final fiery campaign against the occupying Separatist forces. The result is one of the most spectacular and complicated battle sequences seen thus far in STAR WARS: THE CLONE WARS.

“This is probably my favorite episode in that it’s a really strong script. Mace is our hero, and there are some really cool environments, which allows us to explore some unique action,” says Coleman. “We open in a canyon battle with droids firing on a convoy of walkers, then there’s this fortress with a plasma bridge that could turn on and turn off at any time. We did a lot of long shots, moving and staying with the characters in action. So there’s a lot of fun to play with here.”
Image 1 of 2 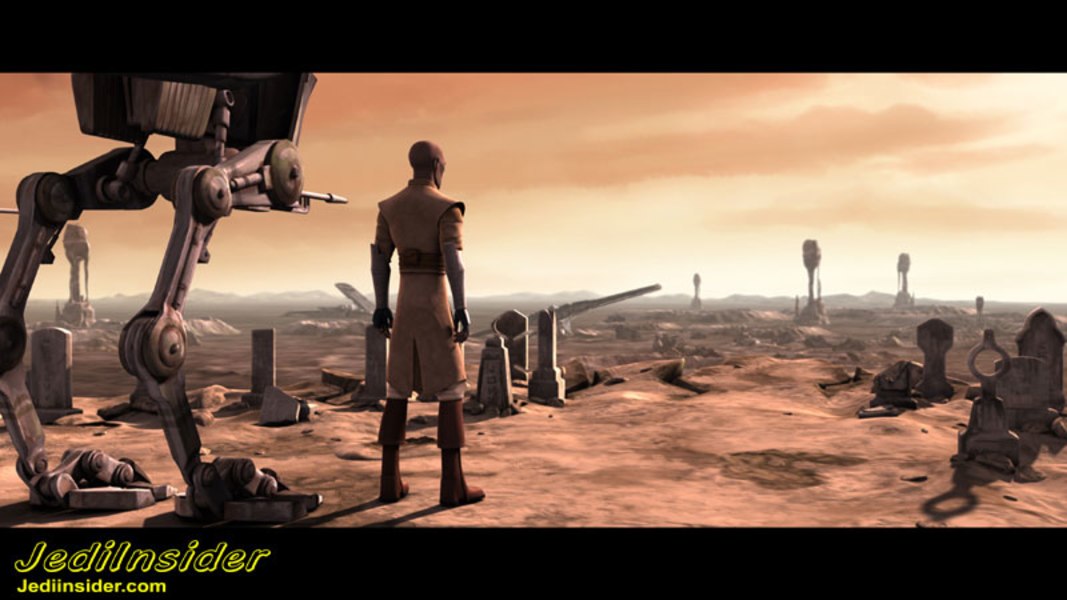 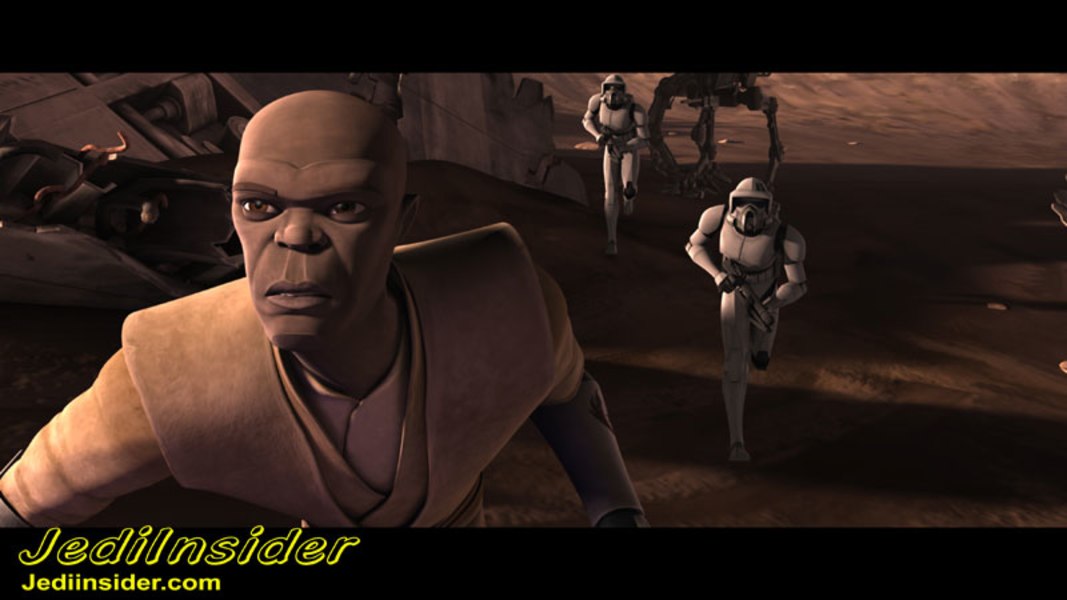