“Fanboys” is a production of Trigger Street and Picture Machine. Jay Baruchel plays the role of Windows, a junk food addict who’s dedicated his 150 IQ to a worthy cause: comic books. His nickname was inspired by his titanic window-like glasses. Dan Fogler plays Hutch, a guy who is a force to be reckoned with, a hot-head overflowing with piss and vinegar. Sam Huntington plays Eric, a guy who’s all business. He’s usually in a pressed suit and glued to his huge cell phone. Chris Marquette plays Linus, a boyishly handsome, extremely charming young man. But looks can be deceiving as this dude’s a geek and proud of it! Kristen Bell plays Zoe, a sexy firecracker with a great sense of humor.

The film is directed by Kyle Newman and produced by Kevin Spacey, Dana Brunetti, Evan Astrowsky and Matthew Perniciaro. The script was written by Kyle Newman, Adam Goldberg and Ernest Cline and Kevin Mann serves as executive producer.
Image 1 of 1 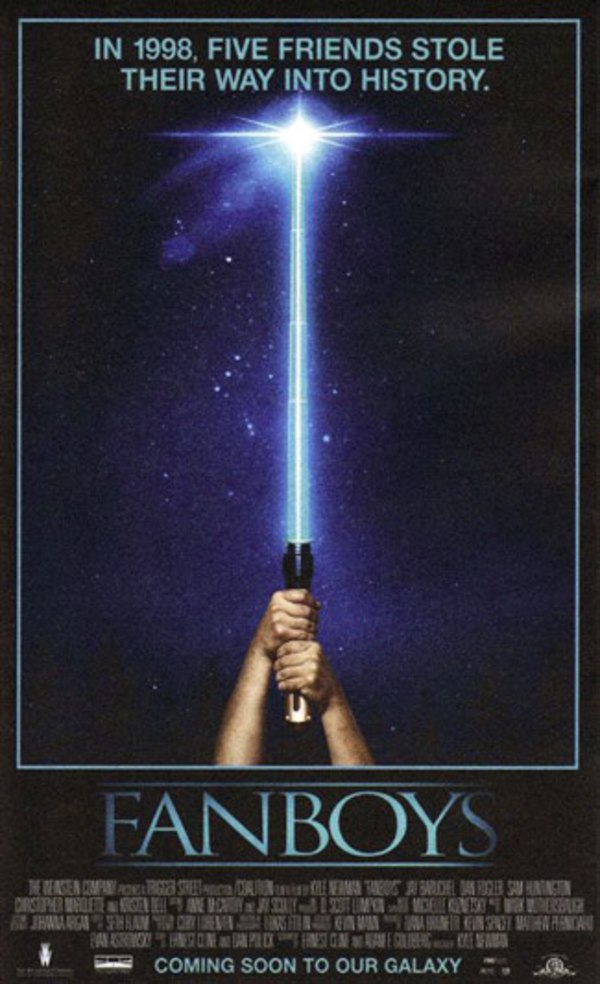 Yeah really. Regardless of if it is on Sci-Fi and the WWE's version of ECW or was on TNN and was the original ECW, it never drew ratings.

ECW's heavily promoted 100th episode drew a 1.08 rating Tuesday night, which puts TNA within reach of beating them this week. Last week's show drew a 1.1 rating as well, although the show the week before that drew a 1.3.

How could they be disappointed? Did they really have high expectations for the crap they call ECW?