In an all-new episode of STAR WARS: THE CLONE WARS, the Jedi must convince a pacifist race that keeping the peace sometimes requires taking up

Stranded on a distant planet, the Jedi must convince its pacifist inhabitants to bend their beliefs and fight for peace in “Defenders of Peace,” an all-new episode of the hit animated series STAR WARS: THE CLONE WARS, premiering at 9 p.m. ET/PT Friday, Jan. 23, on Cartoon Network.

While the Jedi combat a new Separatist weapon, the pacifist Lurmen must decide whether they will lay down to the invading forces or take up arms with Anakin, Ahsoka and Jedi General Aayla Secura to protect their belief system.

Director Steward Lee and story editor Henry Gilroy embraced the episode’s departure from the more explosive aspects of the war. Focusing on the Lurmen and their beliefs provided a unique opportunity to step away from the central conflict to explore issues facing innocents who are all-too-often caught in the crossfire.

“It’s about making choices,” Lee says. “The Lurmen chose this pacifist way of life, and the Jedi chose to defend them whether they want it or not. The Jedi must show the younger generation of Lurmen that you have to defend what you love.”

“I’ve always been intrigued by pacifists during wartime – people who will do anything they can to avoid fighting, yet are inexorably drawn into a battle against their will and without choice,” says Gilroy, who cites Akira Kurosawa’s The Seven Samurai as inspiration for the episode. “It’s about choosing sides or choosing death. You have the Jedi willing to sacrifice their lives to defend innocents who don’t really want to defend themselves or to be defended. I think that’s an interesting premise.”
Image 1 of 1 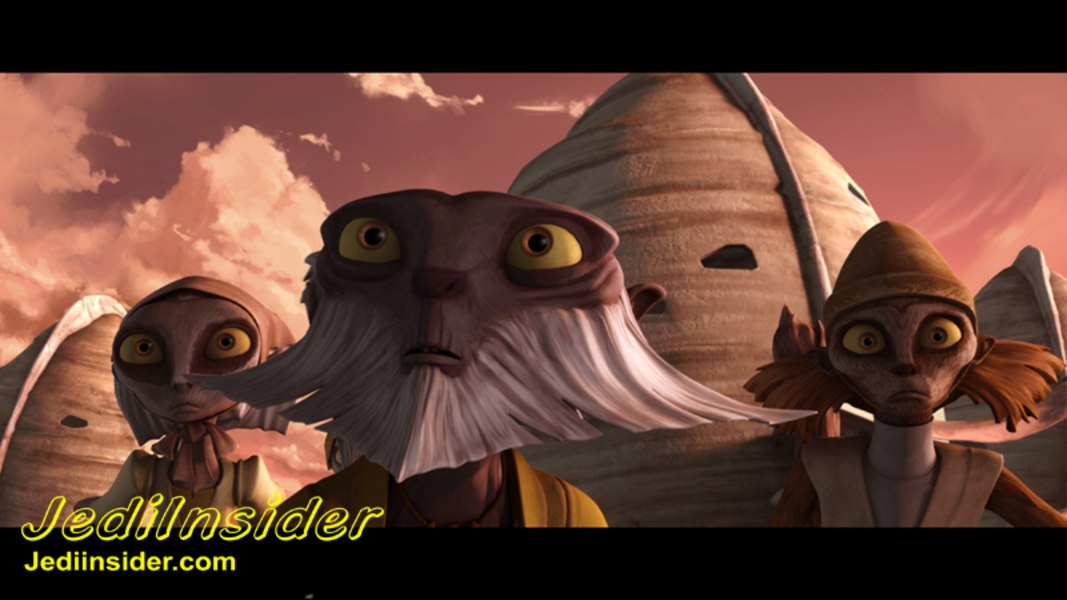