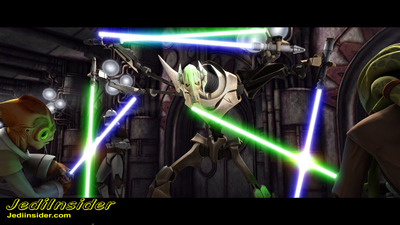 Matthew Wood is the voice of villainy as both General Grievous and the battle droids throughout STAR WARS: THE CLONE WARS, but evil gets a special opportunity to shine in “Lair of Grievous,” an all-new episode of the hit animated series that premieres at 9 p.m. ET/PT Friday, Dec. 12, on Cartoon Network.

In the episode, General Grievous must prove himself worthy of the Separatists after his repeated defeats at the hands of the Jedi. As a test for his cyborg subordinate, Count Dooku lures Jedi Knights Kit Fisto and Nahdar Vebb to Grievous’ forbidding enclave to provide deadly sport for the humbled Separatist general.

Though Wood provides the distinctive sounds of Grievous and the battle droids, voice acting is not his “day job.” Since 1990, Wood has been among the chief innovators in digital sound technology at Lucasfilm’s Skywalker Sound, working on such films and TV properties as The Adventures of Young Indiana Jones, Mission: Impossible, Con-Air, Wall-E, Munich and Armageddon. In addition, he recently received an Oscar nomination for his work on Paul Thomas Anderson’s There Will Be Blood.

Wood first dipped into the voiceover world with Star Wars: Episode I The Phantom Menace, and first performed as General Grievous on the big-screen in Star Wars: Episode III Revenge of the Sith. As a relative insider, he knew what George Lucas was looking for in terms of the character’s sound, so he anonymously slipped his own audition tape into the casting pipeline. Lucas made the selection blindly, never knowing his eventual Grievous was already on staff.

“I like playing a villain because it’s just no-holds-barred,” Wood says. “Villains don’t have an inner critic; they just speak their mind and make demands, come hell or high water, with no ramifications. And Grievous is a classic villain – he uses four lightsabers, he’s a Jedi killer, and I haven’t seen any humanity left in him. He knows about as much of the dark side of the Force as you can without having the Force, and now he’s just out for blood. I haven’t seen any redeemable qualities in him. That kind of puts him up on the list of all-time great villains.”

Wood says he combines a low-pitched, deep voice, lots of yelling and a Bela Lugosi-influenced eastern European flair in his intonations of Grievous. When the voice is filtered through the computer, it is combined with the general’s trademark cough to signify his biomechanical nature. The bottom line for Wood is to capture the core of villainy within Grievous.

Wood also provides the voices of the battle droids in the series, which allow him to explore another end of the villain spectrum; as cannon fodder for the Separatists, the battle droids are used primarily as comic relief.

“I love playing both –and it’s especially fun when they’re together because I get to play that juxtaposition,” Wood says. “Grievous is so exasperated at the thought that he’s stuck with these idiotic, low-rent droids that can just be bowled over by Jedi, no problem.

“On the other hand,” he says, “the battle droids have this weird kind of desperation to them. They really want to succeed, but they just know that it’s not within their programming to do a good job. So there’s this weird, funny kind of sadness to them. It’s great to do both the villainy and the comedy.”
Image 1 of 2 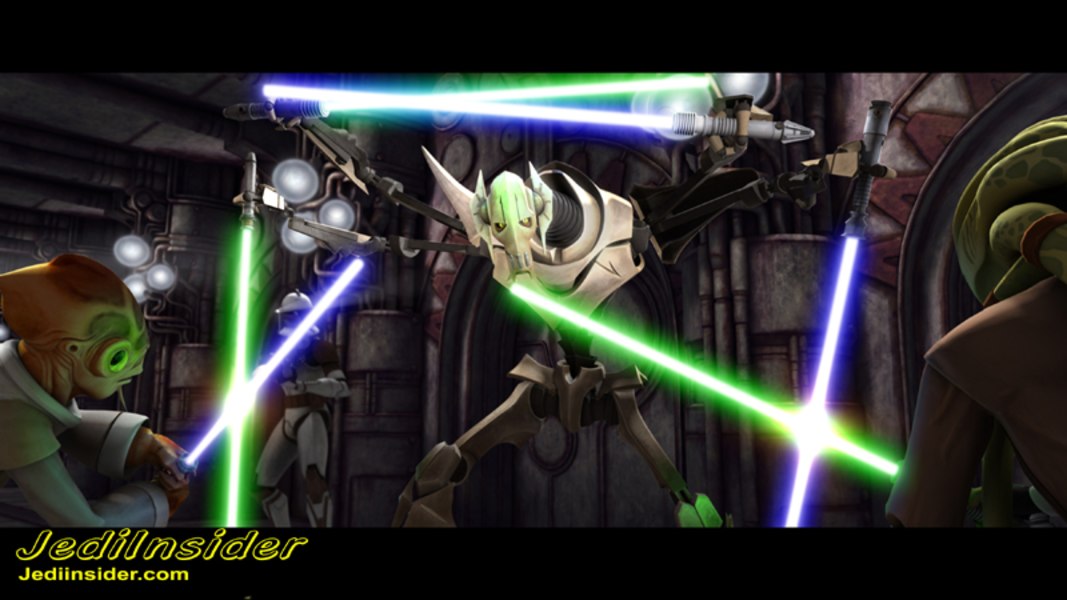 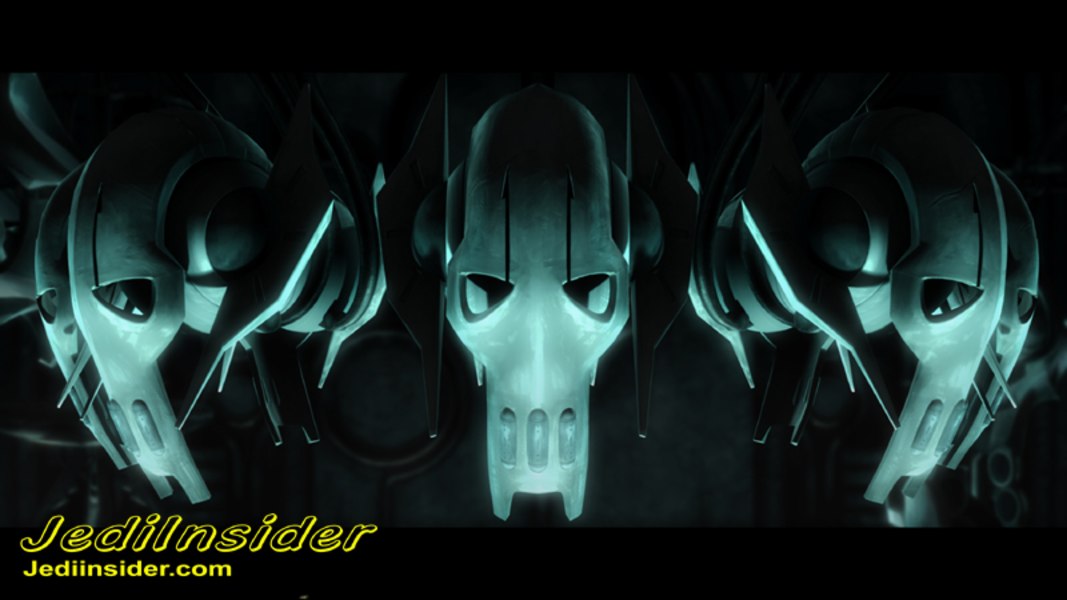