Jar Jar Binks and C-3PO team up to save Padmé Amidala from doom at the hands of evil Viceroy Nute Gunray. But the task becomes infinitely more complicated when the Separatists assume that the Gungan is a Jedi.

“Jar Jar’s looks, expressions and his characteristic personality allow us to animate him to levels of exaggeration that really stand out from the other human characters or two-legged creatures,” Yeh says.

“To me, his character is almost right out of the classic Disney or Warner Bros. cartoons. He is not always completely ‘there,’ he is clumsy and he seems to have a talent for making mistakes that really matter – sometimes in a constructive way, sometimes in a destructive way. I think it’s easy to be attracted by his innocent, childlike, naive side. He’s like a loveable, well-meaning friend – one you don’t want around when it’s a matter of life and death. But once you’ve lived through the crisis, you definitely want to invite him to the celebration party.”

Yeh directs action and comedy with equal skill, but he says it’s easier to find inspiration for the latter in his daily activities.

“If you pay more attention to the people around you, you will realize there’s a funny side to everyone – no matter who that person normally appears to be,” Yeh says. “I actually did put in a lot of ‘everyday’ gags into the episode, and some of the reactions Jar Jar has were actual reflections of people whom I know in real life. But I am not telling who they are, of course.”

Writer Kevin Rubio (creator of Dark Horse’s “Tag & Bink”) says he had fun crafting the first episode of the series that is driven by humor, and feels Jar Jar was the perfect character to anchor the episode.

“I wanted to find a middle ground between the funny side of Jar Jar and heroic redemption,” Rubio says. “He is a fish out of water, and, yeah, he can be goofy and stupid, but in context, it works.

“There’s a phrase that I think applies to almost every episode that I’ve seen, and I know it influenced me on this episode. It appears in the prologue to the original Star Wars novelization: ‘They were in the wrong place at the wrong time. Naturally they became heroes.’ I think that says it all for Jar Jar.”
Image 1 of 1 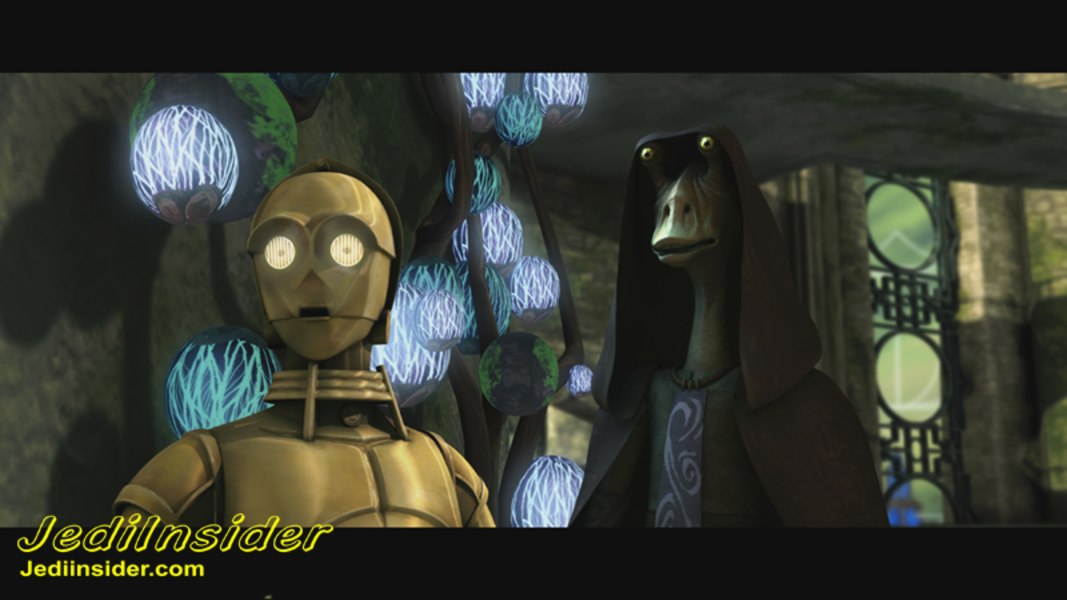