Clones Stand Tall in the Spotlight for All-New Episode of Star Wars: The Clone Wars

The spotlight of STAR WARS: THE CLONE WARS shifts to the clones themselves this Friday, Oct. 24, with the debut of “Rookies,” an all-new episode in the hit animated series premiering at 9 p.m. ET/PT on Cartoon Network.

The episode finds a group of clones standing guard alone at a distant listening post. Clone Commanders Rex and Cody must inspire their rookie unit to believe in themselves to stave off a Droid Commando invasion.

“Rookies” director Justin Ridge (“Avatar: The Last Airbender,” Seth MacFarlane’s upcoming “The Cleveland Show”) says the essence of the episode was establishing the clones as individual, and the difficulty came in creating unique personalities for each. Ridge credits the combination of Steve Melching’s script, the storyboard artistry of Steward Lee, Bosco Ng and Le Tang, and supervising direction from Dave Filoni in making “Rookies” a fascinating episode of Star Wars-style storytelling – without a Jedi in sight.

“The script was a lot of fun and really solid, showing how the clones talked and interacted with each other, and giving us insight into how these guys really are individuals who have to figure out how to succeed and survive on their own,” Ridge says.

“The four main clones are fresh off the assembly line, so it was fun getting to create personalities for these new characters that worked well in this unique predicament,” Melching explains. “They’re sent out to this listening post in the middle of nowhere, and they feel all their training is being wasted. They want to get into the action. Instead, the action comes to them.”

The opportunity to direct an all-nighttime episode also had special appeal to Ridge.

“There’s a creepy, uneasy feeling to the base where the troops are stationed,” Ridge says. “From a directing standpoint, it was nice to be in one location, so the audience can feel like they're stranded on the Rishi moon with these guys, wondering how they're going to get out of this mess. Without spoiling too much, I was also excited with the introduction of a new type of droid from the Separatists, which we felt we needed to give the clones a real threat in this environment.”
Image 1 of 2 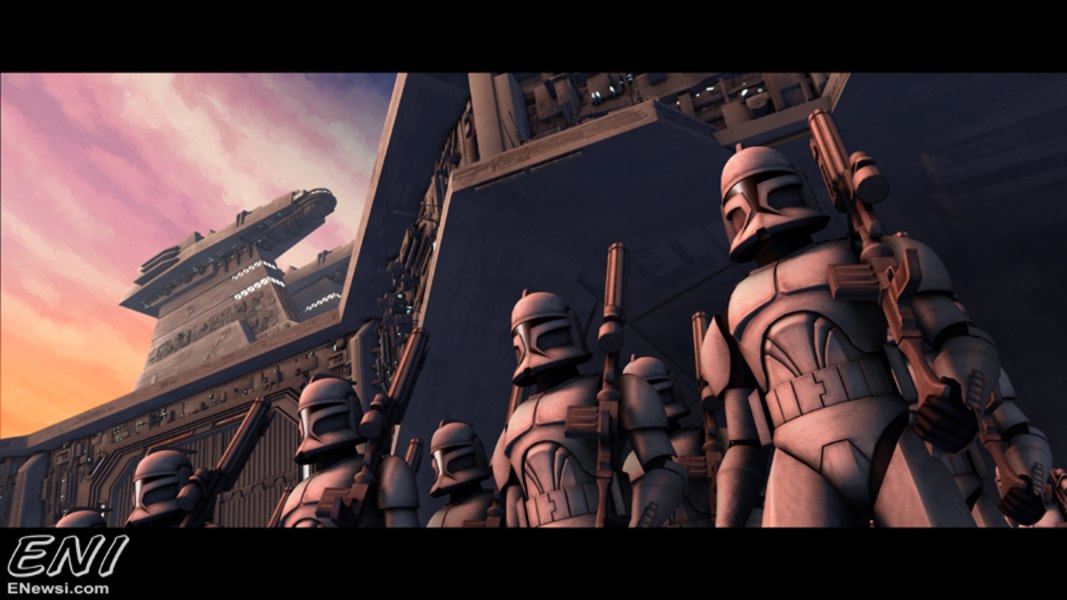 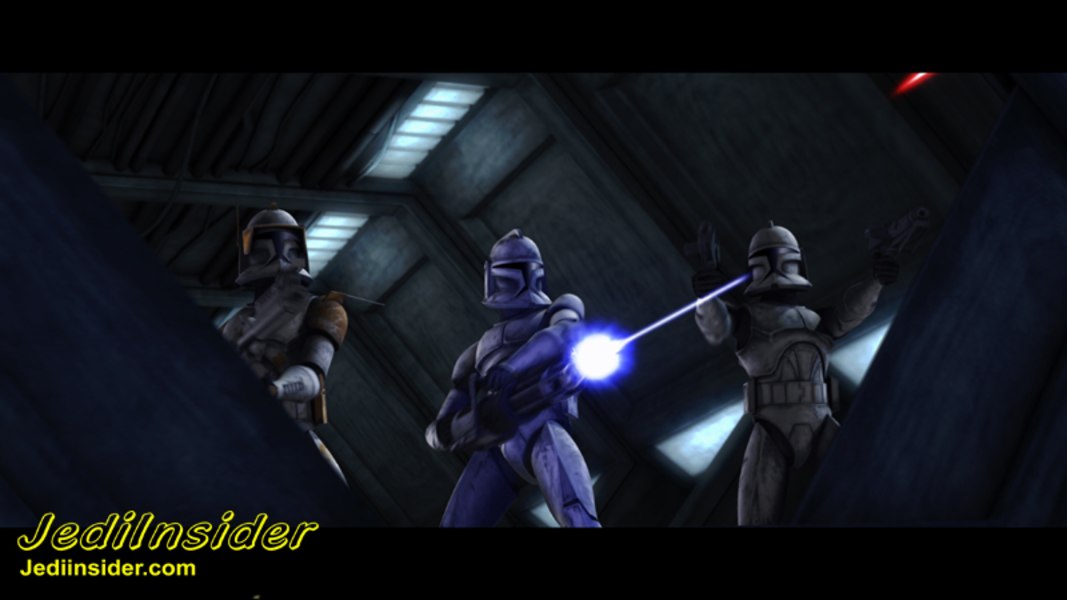 Ok, you are right if anyone is interested, let me know, the official order is not in yet.

Sweet! Good work on these Skarapz!!