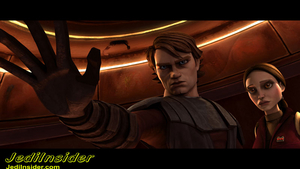 In the episode - the final act of a three-episode arc - Padmť and C-3PO are taken hostage by General Grievous, leaving Anakin and Obi-Wan to save the Senator and complete the destruction of the Malevolence.

However, Catherine Taber (American Werewolf in Paris, ďCrank YankersĒ) feels that Padmť is anything but a conventional damsel in distress.

ďI donít see her that way,Ē Taber says. ďSheís a damsel, certainly, but sheís rarely in distress. She sometimes ends up in sticky situations, but always for the right reasons, because sheís out on her own doing what she believes in. She doesnít really require rescuing; sheís quite capable of rescuing herself. She can be kind of girly, and yet at the same time sheís completely willing to get her hands dirty if she needs to. Playing her is a lot of fun, because itís very close to playing myself - although sheís been a queen and sheís a senator, so she may be a bit more refined.Ē

In addition to offering a glimpse at some unexplored sides of Padmťís character, the episode is a milestone that was significant to Taber, and well as to one of the key relationships in the Star Wars universe.

ďWhat was fun about this episode was that it was the first time in The Clone Wars that Padmť and Anakin are physically together,Ē Taber says. ďIn the movie, they only interacted via hologram, so this is a chance to see us together, fighting side by side. Itís sort of the Star Wars version of a date, and itís always really fun to see these characters interact. Their secret relationship is so central to the larger Star Wars story, and every time theyíre together it gives us a glimpse into whatís to come and why.Ē
Image 1 of 1 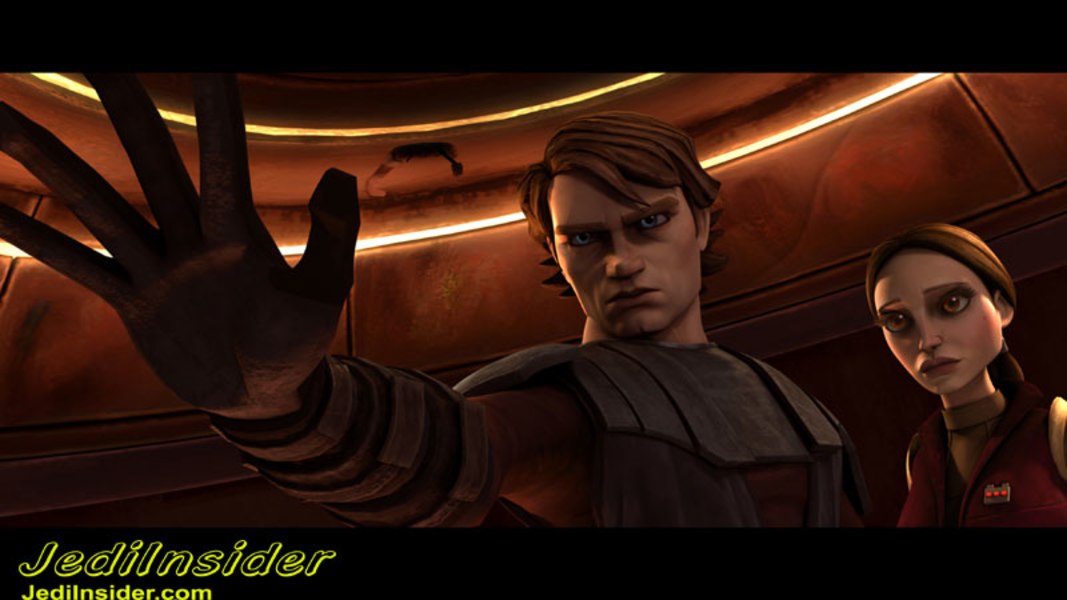