STAR WARS: THE CLONE WARS puts a new shine on a very recognizable part of Star Wars lore as the Y-wing bombers make their debut in “Shadow of Malevolence,” an all-new episode of the hit animated series premiering at 9 p.m. Friday, Oct. 10, on Cartoon Network.

The Y-wing bombers were first seen among the Rebel Alliance’s primary starfighters in 1977’s Star Wars: Episode IV A New Hope. “Shadow of Malevolence” director Brian Kalin O’Connell, writer Steve Melching and supervising director Dave Filoni were inspired by the concept of showing the Y-wings “fresh off the showroom floor.”

“We like to find ways to draw connections between The Clone Wars and the original trilogy,” Melching says. “In the original Star Wars, the X-wings and the Y-wings have truly been through the wars, and they’ve had the crap beaten out of them. We thought it would be fun to imagine that they were originally manufactured during the Clone Wars – so for us, they came off the assembly line and into battle.”

O’Connell says the artists behind The Clone Wars were excited about “introducing” the Y-wings – and putting the series’ lead characters into a full-fledged space battle for the first time.

“Guys like (design/concept artists) Russell Chong and Killian Plunkett, along with Dave (Filoni) come from a classic Star Wars background, so they understand that Ralph McQuarrie feel of the 1970s, and they do it right,” O’Connell says. “We don’t want to change the lore, we want to add to it. By introducing the Y-wings, we get to add a new dimension, a little history.” Some people, he realizes, might think that it’s “just a vehicle.” Nevertheless, O’Connell says, “We know it’s a huge deal for the fans. We don’t let it distract from the story, but we still get to add the geek shot – and when we do, we try to do it justice.”

STAR WARS: THE CLONE WARS airs at 9 p.m. Fridays on Cartoon Network. George Lucas is the series’ creator and serves as executive producer, and Catherine Winder is producer. 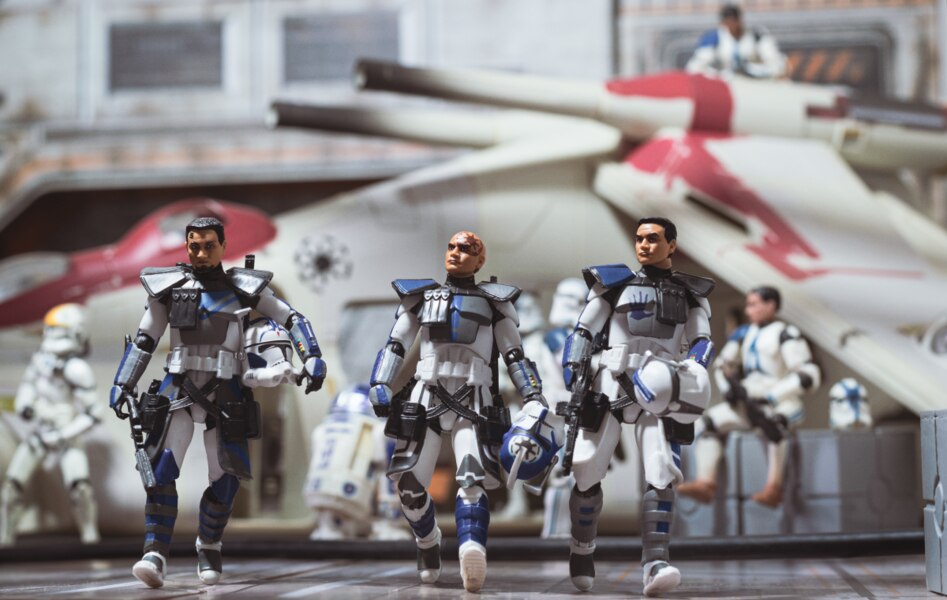