Bespin refugee - October 03, 2022
"THE CLONE WARS" CYBORG ADMIRAL TRENCH by Elias of "Customs for the Kid" 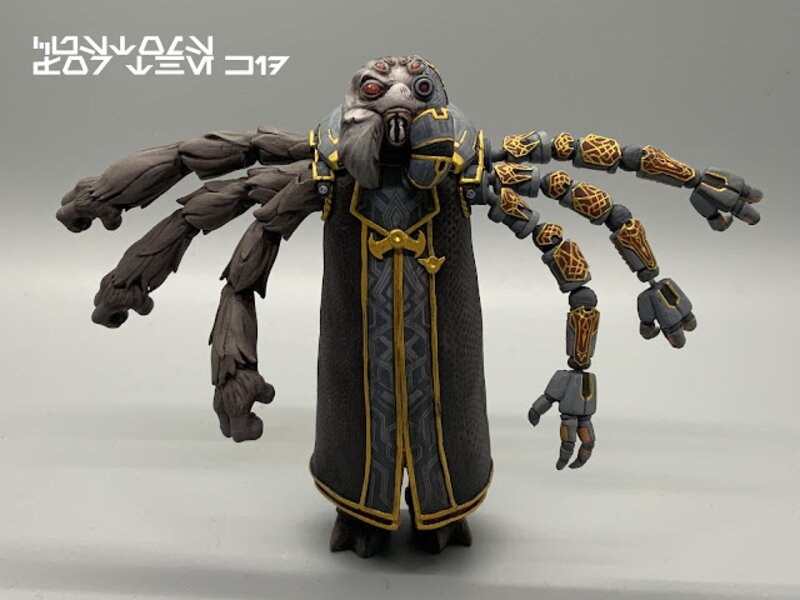 Emerging from our silence of September, I bring you one of my most challenging projects yet. It has been in the works for quite some time. Cyborg Admiral Trench. The first time this version of the character was revealed on screen, I vividly remember joking about how it would be such a difficult; even an impossible project, so when I received an email from a client requesting this beautiful monstrosity, I was quite intimidated. As it turns out, the desire to make a living is enough motivation for me to meet such a request with a "yes!" To look at this figure completed is surreal for me after weeks of painstaking attention and unwavering passion.

The parts I used for this figure were an Orn Free Taa body, the arms of three IG-11s, and the arms of three different Clone Troopers. His head was completely sculpted by hand in several layers. I sculpted his cane and electricity effect in Blender and learned a few new modeling tricks along the way! The weapon that drops down from his forearm was hard sculpted out of dried procreate scraps cut into desired shapes and sanded for that machine smoothness. The panel on his arm is secured via magnets, and the weapon has a piece of a paperclip hidden inside which allows it to magnetize between the panel and the arm.

This was the most challenging paint application I ever had to manage. The filigree on his robot arms was a challenge unlike any of the other high-detail paint jobs I've ever done. The major challenge was the symmetry I had to achieve on each individual panel, and then match it on the other two arms. The patterns on the front of his robe were also difficult because of the symmetry required at such a small scale. The dark gray lines cutting through the light gray shapes are as thin as a human hair.

The sculpt on this figure was the ultimate undertaking in my opinion. Every surface of his body was heavily modified. The robe on the base figure was cut short and smoothed with the Dremel completely. I had to build out his upper torso in the front and the back in order to create the space to mount six arms as opposed to two. I then had to re-engineer the arms to have two elbow joints and be the correct length. Once his fundamental structures were done, I had several layers of detailing ahead of me. His robotic arm was hand sculpted into perfect cylinders with many panels, layers and grates, and then repeated twice more for his other arms. The greeblies on his head and collar were hand fabricated out of flat dry procreate that I cut by hand and glued into place.

With all the effort I put into this figure, I'm a little sad to see it go, but I take solace in the fact that he is going to a loving home. 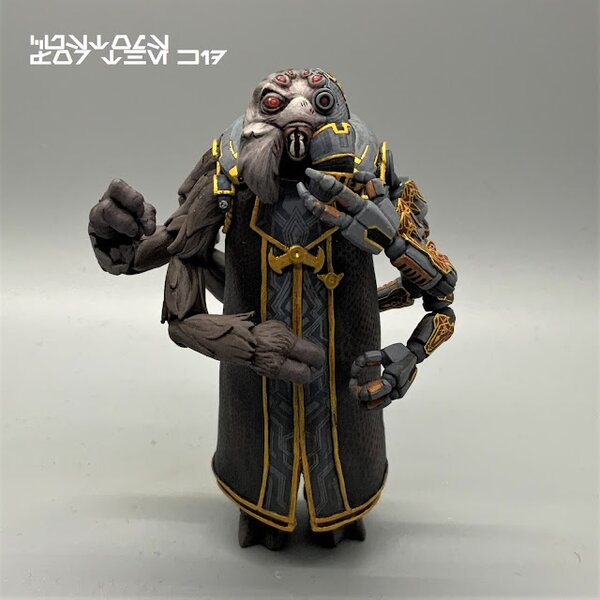 Check out more images of their custom below in our GALLERY!

If you would like to submit your own custom figure(s) to be displayed on JediInsider.com, be sure to check out our Custom Forum section, where you can discuss and show off your work among other customizers. 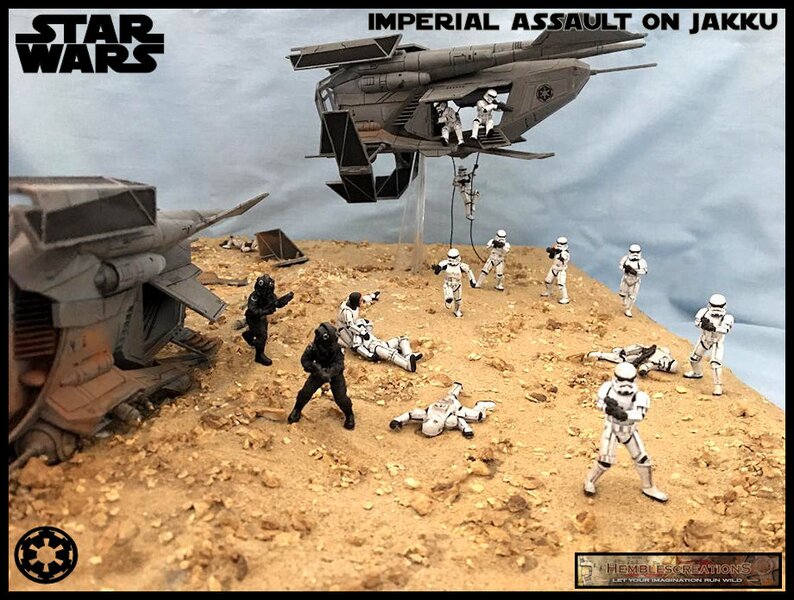