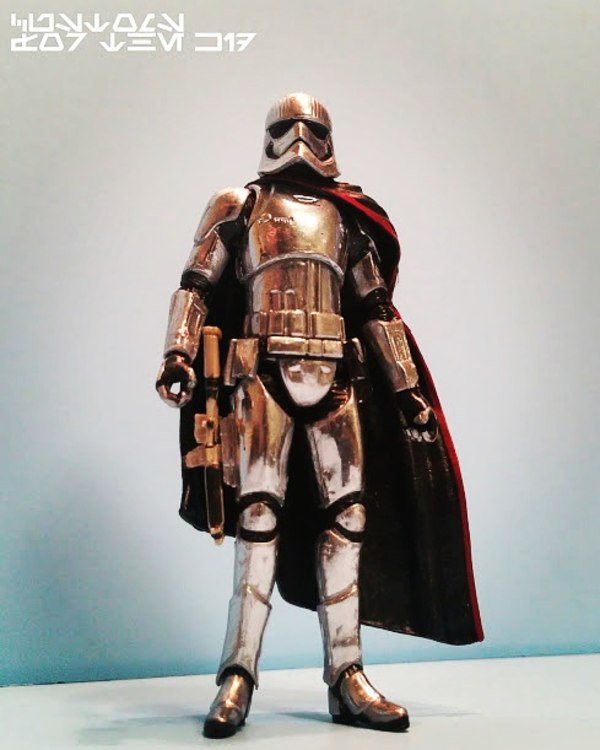 Here's the story behind it:
" Force Friday II has arrived. and while it would be fun to post an action figure from The Last Jedi, we figured we'd wait until we get a little closer to the release of the film before we did any official posts for the upcoming installment to the new trilogy. Instead we figured we'd celebrate the release of the new Phasma novel by Delilah S. Dawson that was released today in bookstores everywhere. It bridges the time period gap between The Force Awakens and The Last Jedi making it more than suitable for a Force Friday post.

To do so we did a much desired update to the 3.75" Black Series version of the Captain Phasma action figure found in the Walmart exclusive line. Our version of the figure now sports the shiny chrome armor that was lacking from the official release we received, and to create it we only needed to update the paint. The interesting thing was, we did it without a paintbrush. To apply the chrome to her armor, we used Molotow's Liquid Chrome markers. The chrome goes on with ease and the markers are a great way to apply chrome to any custom project you are working on at home.

We recommend using an action figure stand to hold the figure and also applying the chrome in sections so you don't have to touch the figure at all during the application process. Avoid touching the chromed sections until it is properly sealed to keep from dulling the reflective properties you just added. When entirely chromed, let the figure dry for A FEW DAYS WITHOUT TOUCHING. Only after this period of drying time should you then seal the figure with thin layers of Pledge acrylic floor wax containing Future Shine to keep that mirror finish. Do not let the sealer pool up anywhere on the armor and keep brushstrokes over the same area to a minimum to maintain the smooth surface between dry times. We also recommend avoiding ALL alcohol based spray on sealers that will destroy all your hard work by dulling the new coat you just applied. We actually handled the figure with vinyl-based, powder free medical gloves as we worked knowing our fingerprints could be damaging to the paint application.

If you follow the above steps, your figure should come out like our version of Captain Phasma and you can add a figure to your shelves that really dazzles the eye! Hope everyone had a great Force Friday and you all found what you were looking for!"

Click here if you would like to submit your own custom figure(s) to be displayed on JediInsider.com, and be sure to check out our Custom Forum section, where you can discuss and show off your work among other customizers.
Image 1 of 6 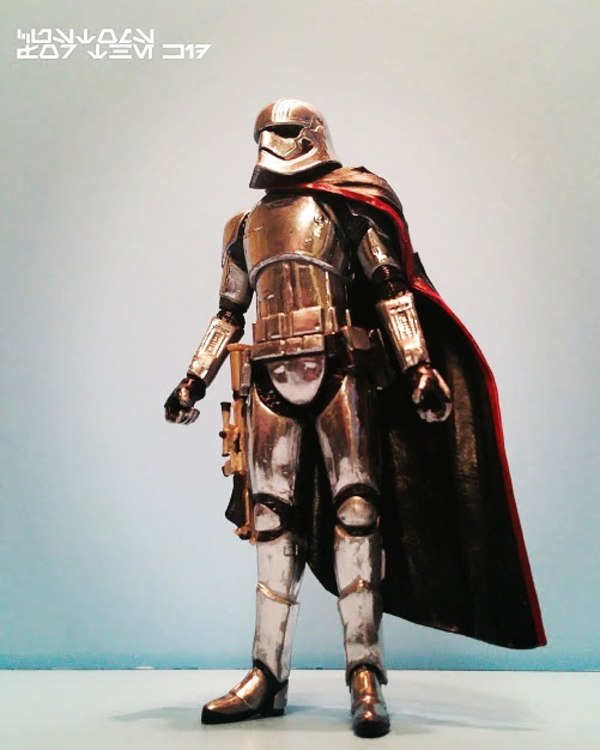 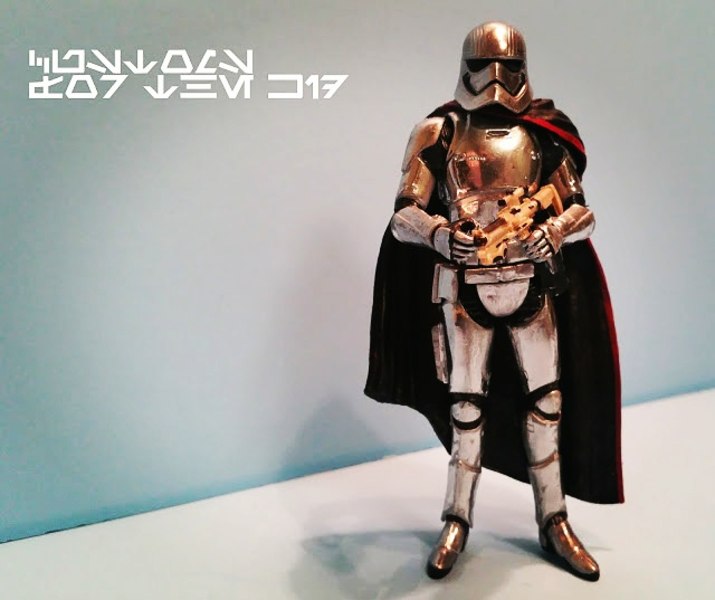 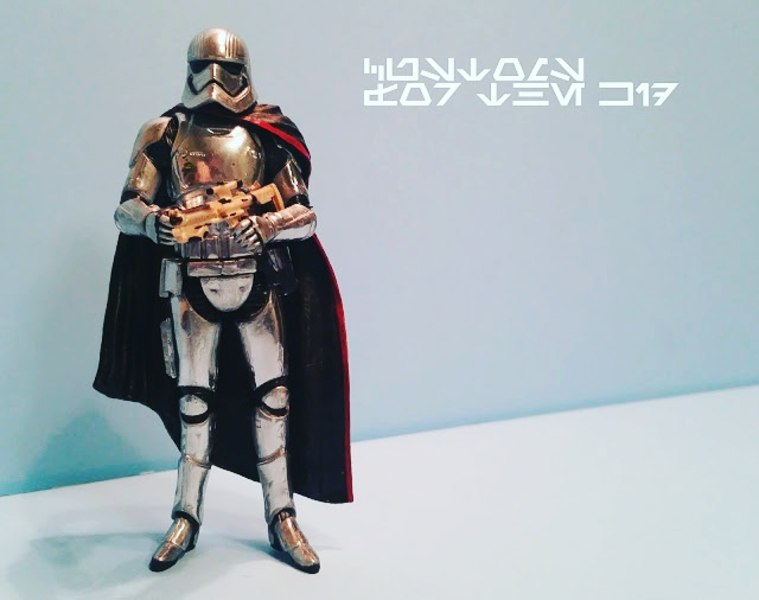 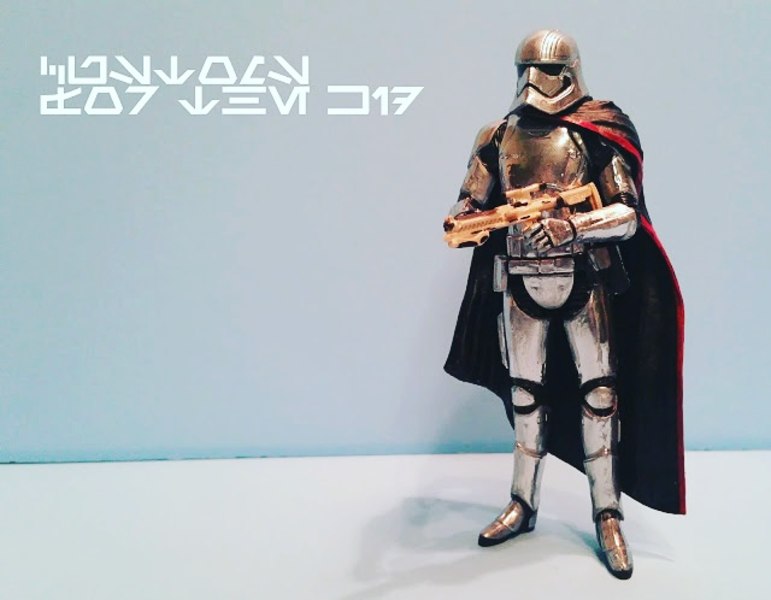 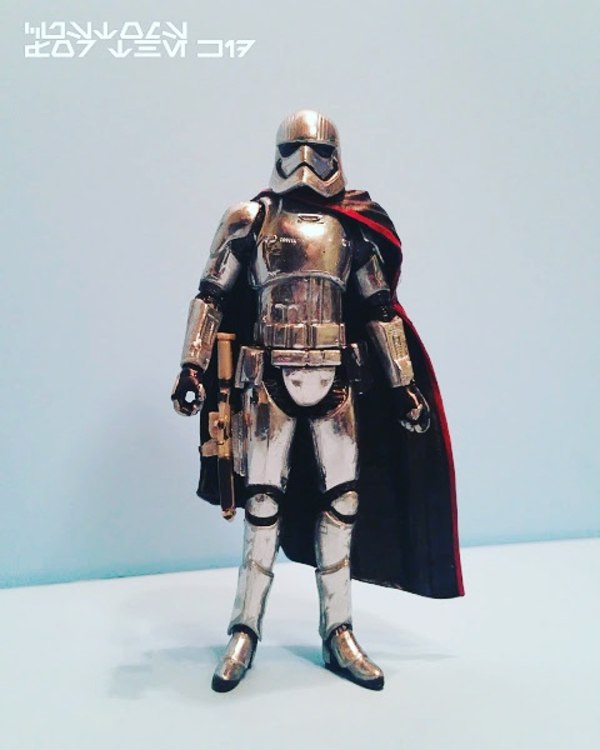