Bespin refugee - October 12, 2014
This week's JediInsider Custom is a 6" Imperial Scout Trooper Dio by Hemble Creations. Here is the story behind it, and how he describes the making of it:

I went to TRU the other day and to my surprise they had a few of the Hasbro Scout Trooper so I decided to pick one up so that I can do a dio with it. I started looking thru google to get some idea's and came across the poster below and decided to do a dio of just the trooper and speeder.

I also received an email regarding the poster that I got the inspiration from for the scout trooper diorama and Miguel let me know that the poster was for an actual SW fanfilm called THE HOLO XPERIENCE which can be seen at the link below. 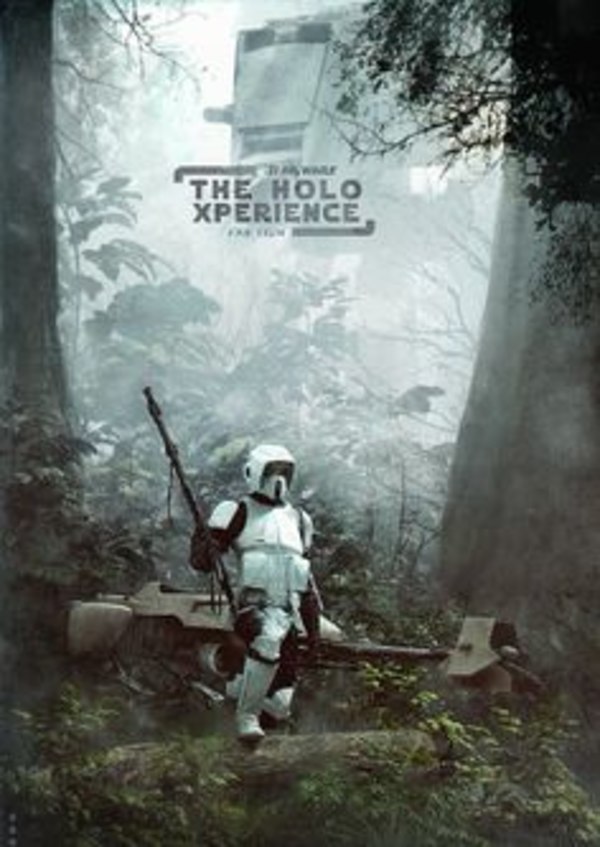 Scout trooper & Speeder - The Trooper and Speeder are from Hasbro, the trooper as been put into the pose a liked and then I superglued the joints and then puttied them up. The blaster rifle is from Hasbro's 6" Sandtrooper and the sling is from NECA's 7" POTA Gorilla's rifle. The speeder is straight out of the box except for the small controls which were cut don so that they were level with the rest of the speeder console.

Base - Is a few cheap craft boards glued together and the tree and fallen tree I got from the back yard garden and nailed them to the boards. The ground was built up using plaster cloth and once dry it was painted brown and then a mixer of dirt and potty mix was glued over the base.

Click here if you would like to submit your own custom figure(s) to be displayed on JediInsider.com, and be sure to check out our Custom Forum section, where you can discuss and show off your work among other customizers
Image 1 of 10 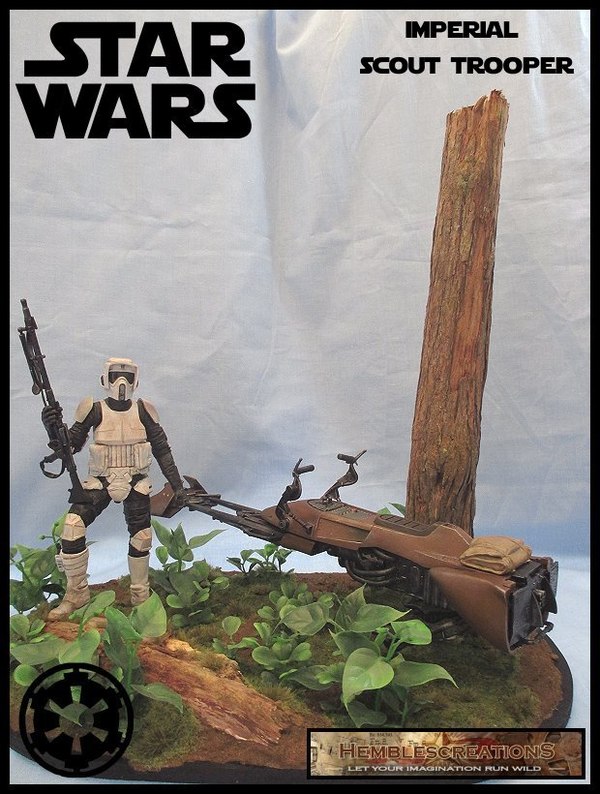 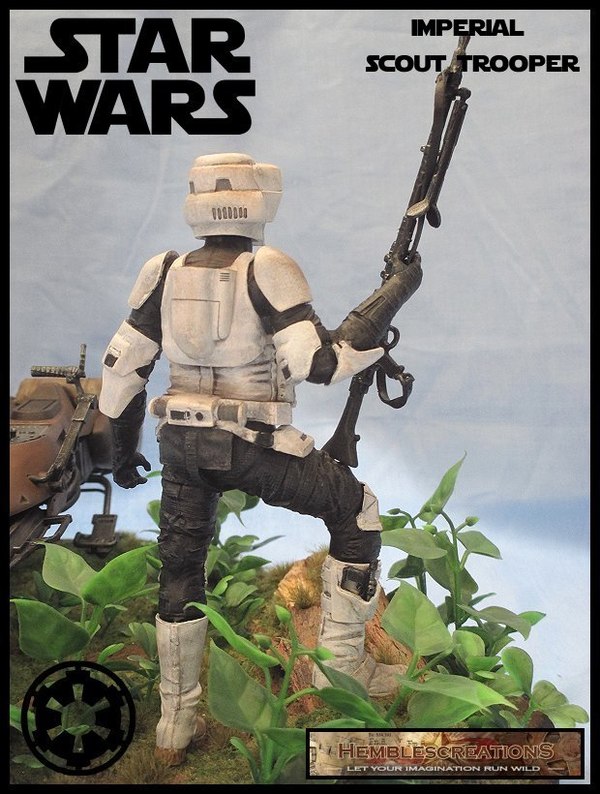 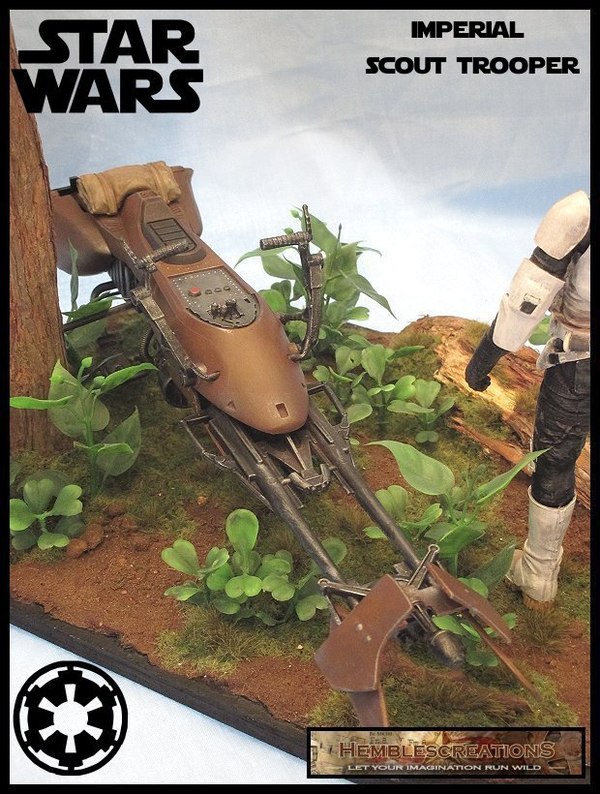 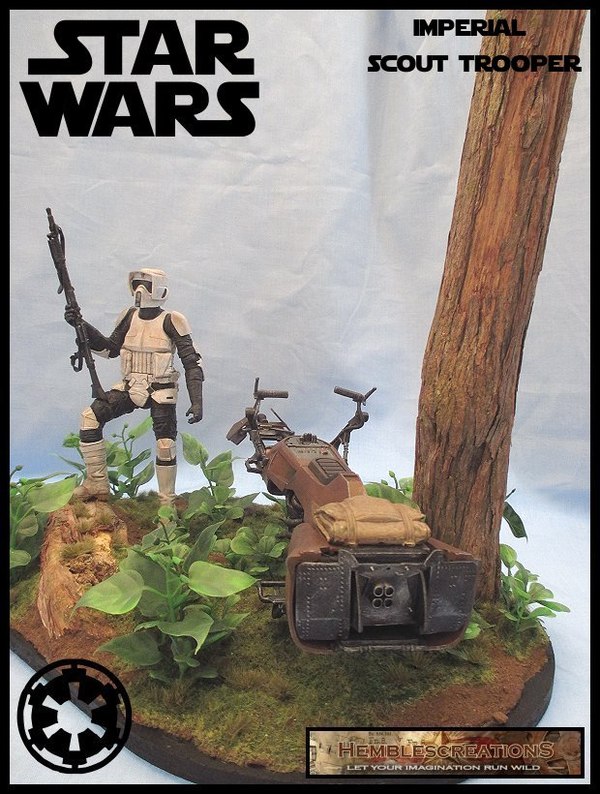 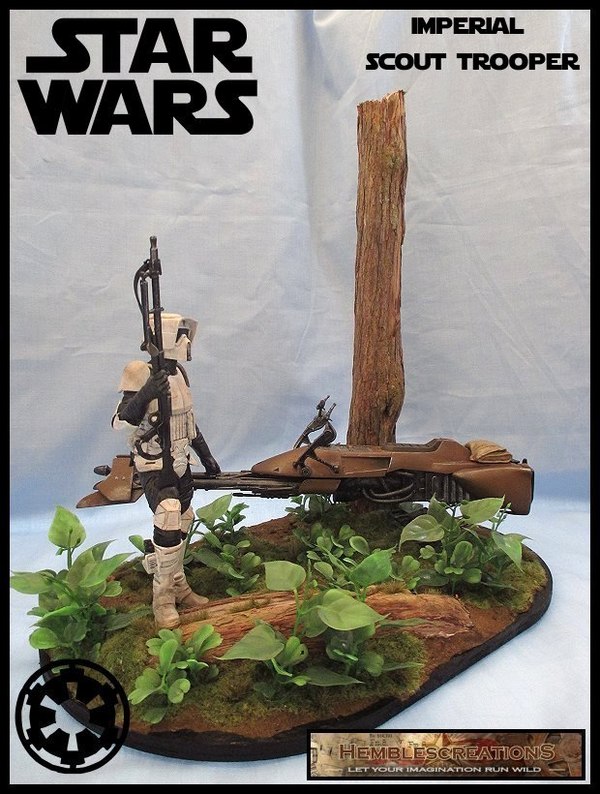 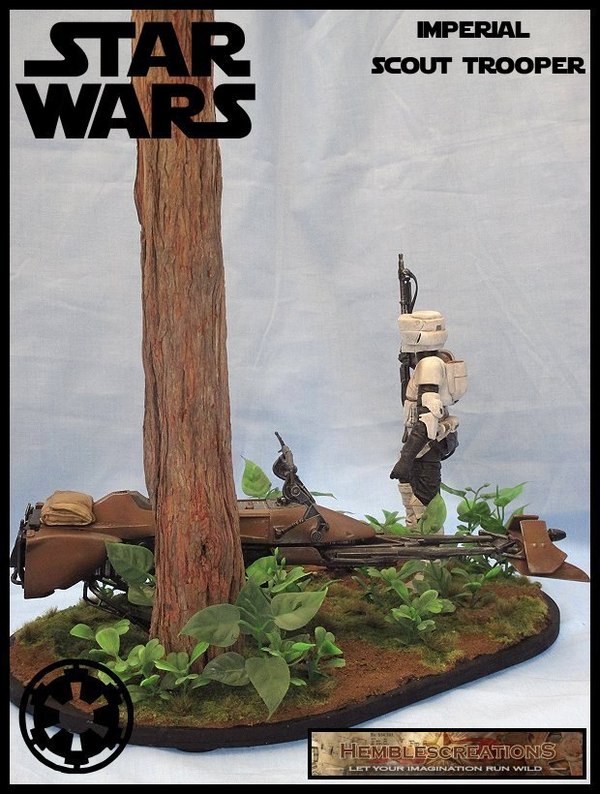 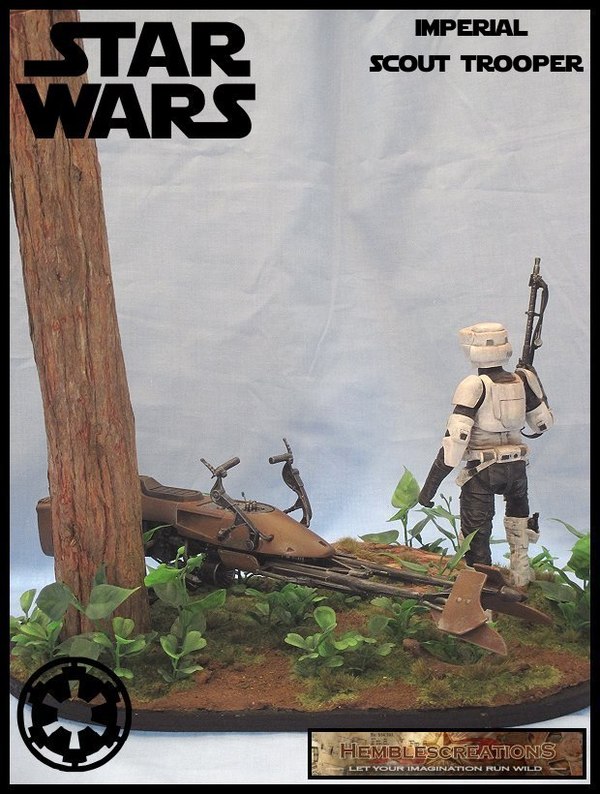 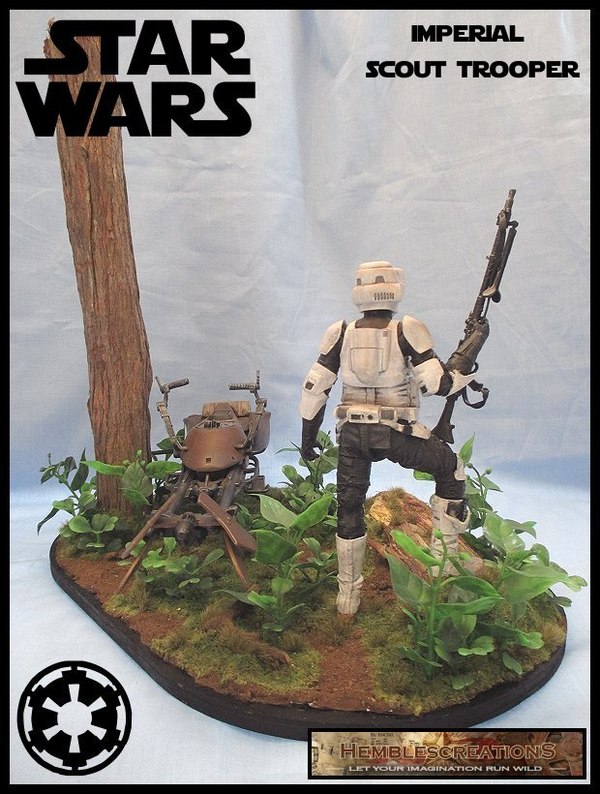 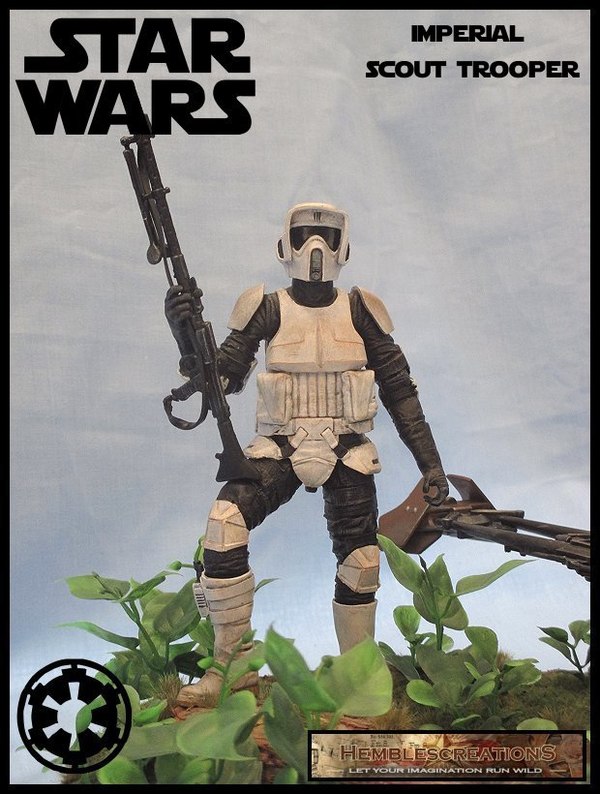 really beautiful work hembel! those figures/speeders are great! man i wish they made toys like that when i was a kid! that dio is perfect. it look like its straight out of the movie. well done!

Thanks heaps buddy and yeah it would have been great to get figures like this 30yrs ago.

really beautiful work hembel! those figures/speeders are great! man i wish they made toys like that when i was a kid! that dio is perfect. it look like its straight out of the movie. well done! 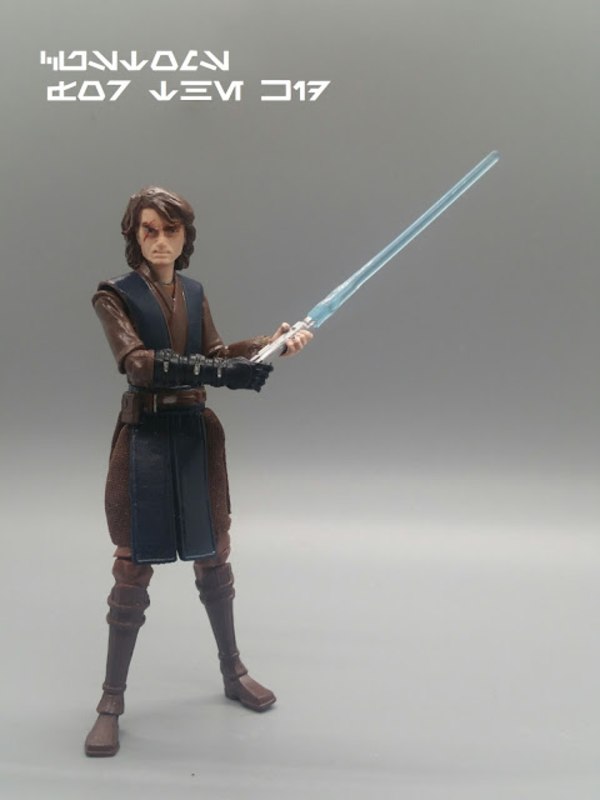 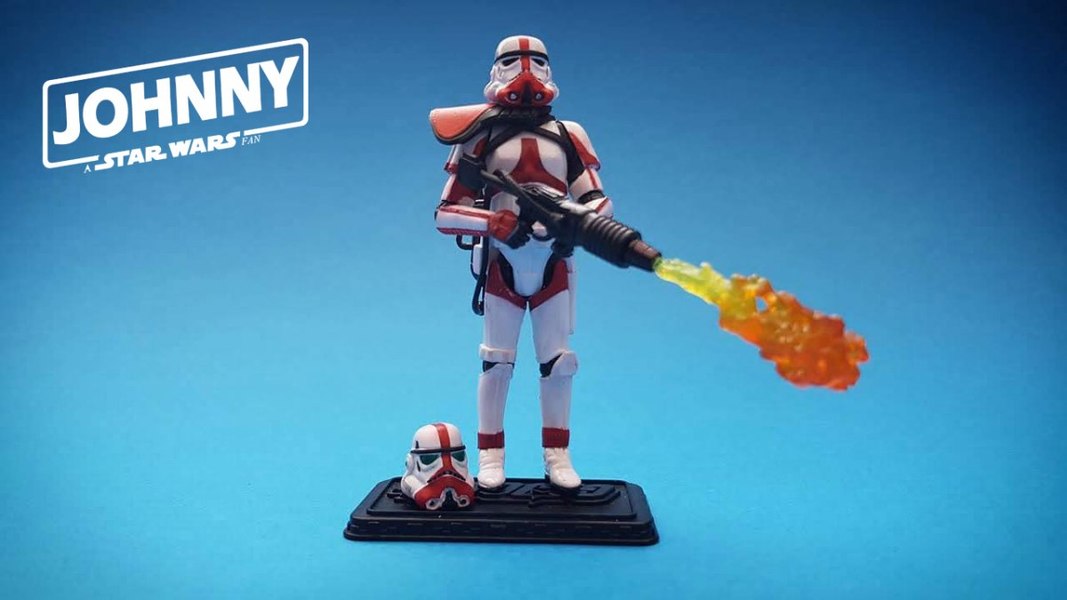 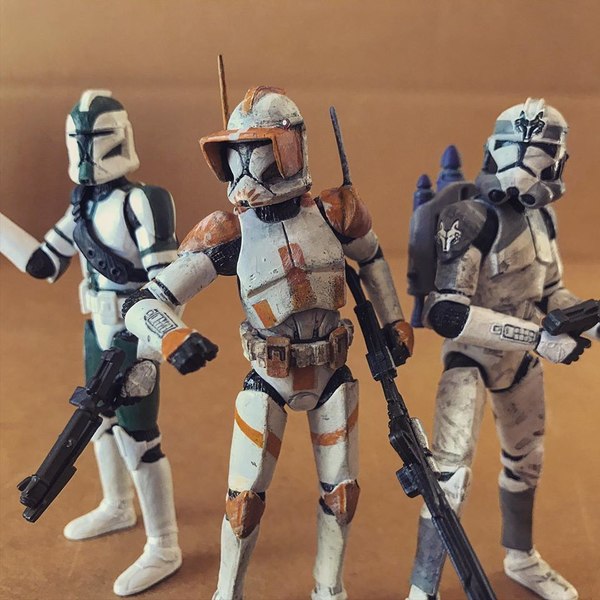 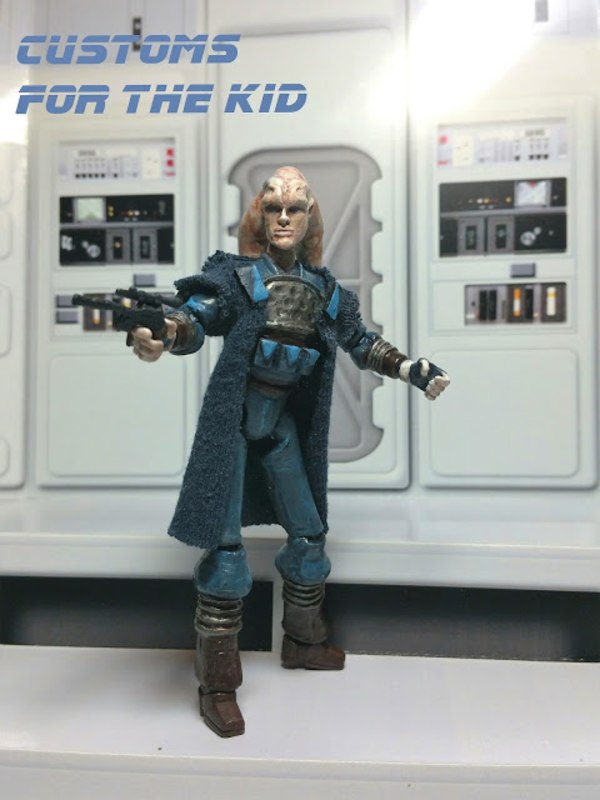