Jay Cochran - March 28, 2010
This custom figure was done by Hemblecreations who has created a custom 1/6 scale AT-AT gunner figure as a follow-up to his 3.75" version.

Here is how Hemble describes the making of this figure:

Figure - The AT-AT Gunner has been made using a Hasbro Tie Fighter Helmet and a TOMY AT-AT Helmet. The armour and boots arr a combination of Hasbro's Snowtrooper and Sandtrooper. The hands are Sidewhows Sandtroooper's and the chest monitor is a combination of two Sideshow Endor troopers bandolier parts, the jumpsuit is from the Hasbro's AT-ST Pilot and the skirt is from the Hasbro Snowtrooper.

Base - The base is a picture frame which I got from a $2 shop and the hull section of the AT-AT was built up using balsa wood cardboard. The interior equipment are bits and pieces from a WW2 German 1/6 radio equipment. I also used some old ink cartridges and electrical cable, the hand grip and the holders around the cable are cut pieces of wire. coat hanger

The exterior has been built up using plasti sheet for the panels and 1/35th scale pieces for the smaller panels. The vents at the top are from disposable razor covers, the bolts are those clip buttons you get on the 1/6 scale clothing and the guide tracks on the inside of the door are pieces of plasti-rod. The ladder is again cut pieces of wire coat hanger cut to size then bent to the correct size."


Click here if you would like to submit your own custom figure(s) to be displayed on JediInsider, then be sure to check out our Custom Forum section, where you can talk and show off your work among other customizers.

Let us know what you think about this custom by posting your thoughts in the comments section below. 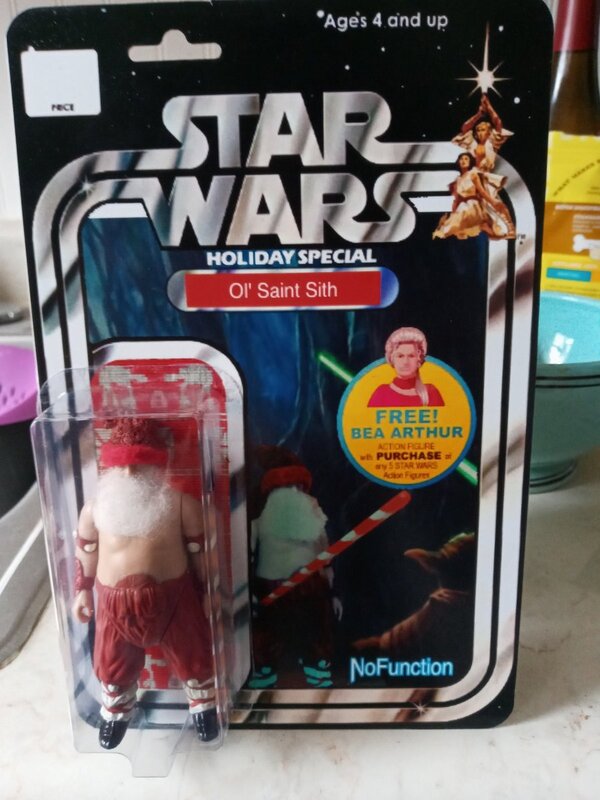