Jay Cochran - April 05, 2009
This Jedi Insider Custom was done by JediPrimus who has created custom Elite Style Arc Trooper figure. Here is how JediPrimus the making of this figure:

"After the days of the Great Jedi Purge, certain Arc troopers decided to remain in service of the newly founded empire as Jedi Assassins and hunters. Each of these Arc troopers operated in stealth, and aside from the meager equipment given to them by the empire, they started to customize their gear. This Arc trooper in particular, nicknamed "Six" by his fellow Jedi Hunter Arcs, managed to come upon a stash of Cortosis, which he decided that he would keep to himself, should he ever need more of it. He built a Cortosis staff, with a Vibro-Axe on one end, and a blade on the other. He equipped his helmet with a night/infrared vision enhancer, as well as a frequency scanning antenna, and a rangefinder that was tied into the vision enhancer. He also built a cortosis strip into his chest armor, as with his experience, Jedi tended to go for the heart. His main weapon of choice however was obtained from an unknown humanoid body that had bits of delapidated green armor and a gold visored helmet on his remains. (Okay, okay, yeah, Halo, but the gun came from Halo, and I had to include it somewhere in the story!)

Includes moveable rangefinder and antenna, Cortosis Staff with Vibro Axe on one side, and cortosis blade on the other, removeable shoulder armor, and medium blaster with soft goods type strap and sling. Also the half kama is soft goods."
Image 1 of 4 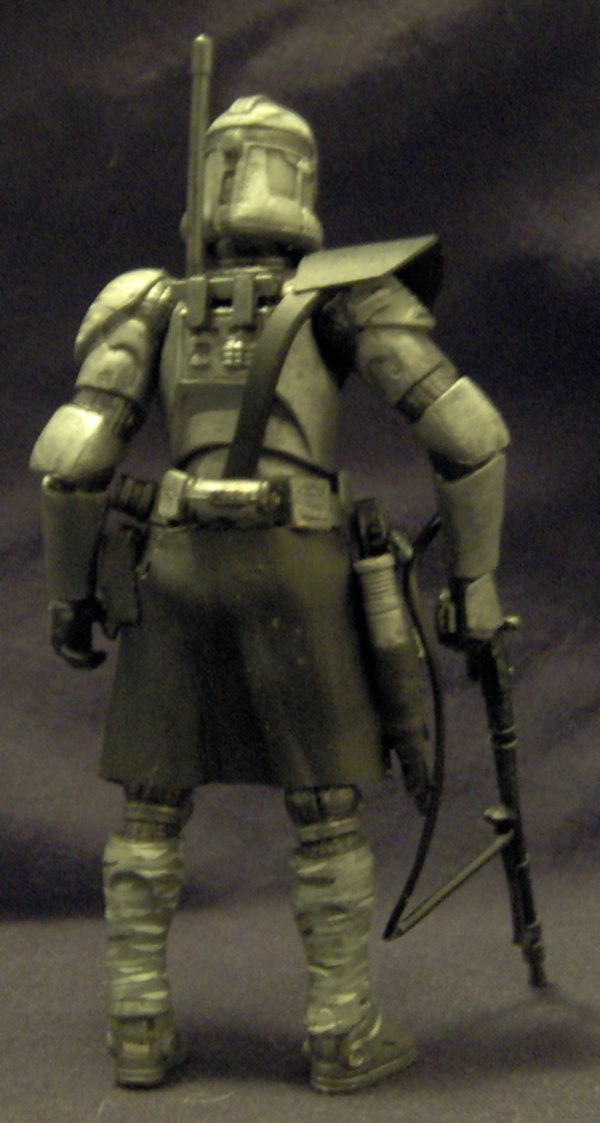 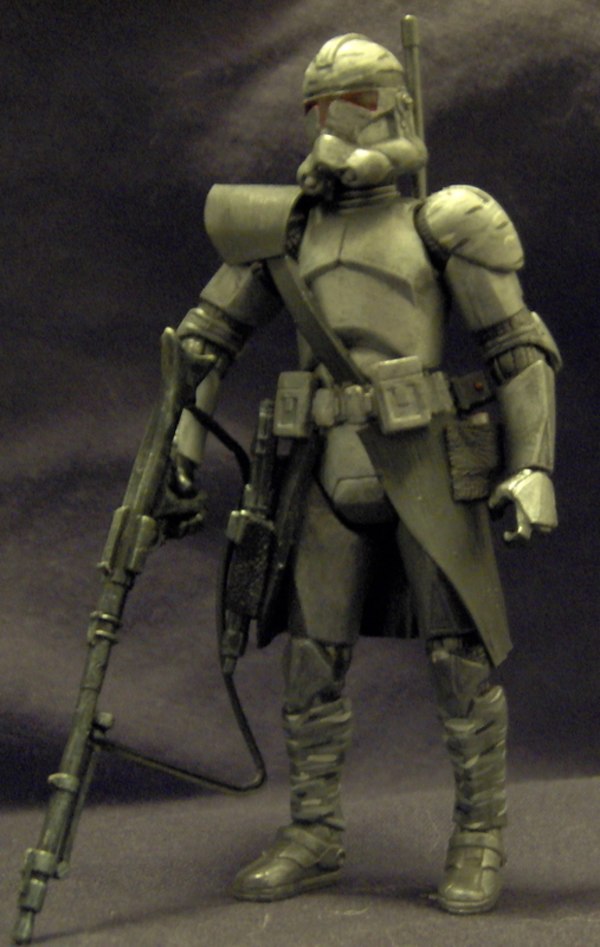 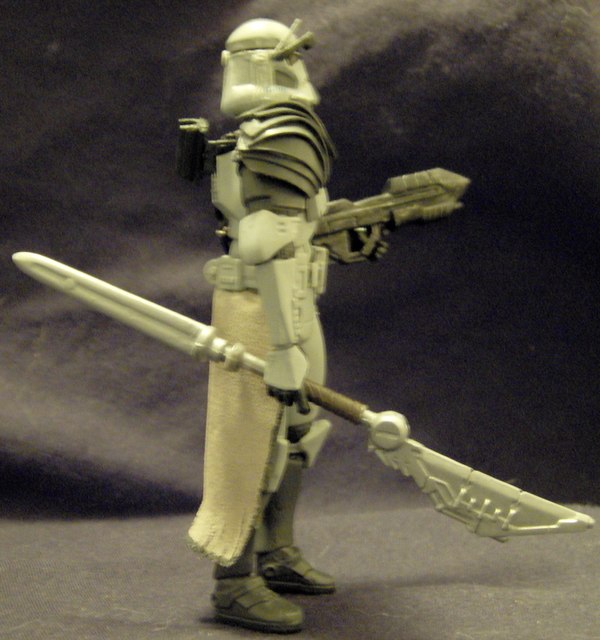 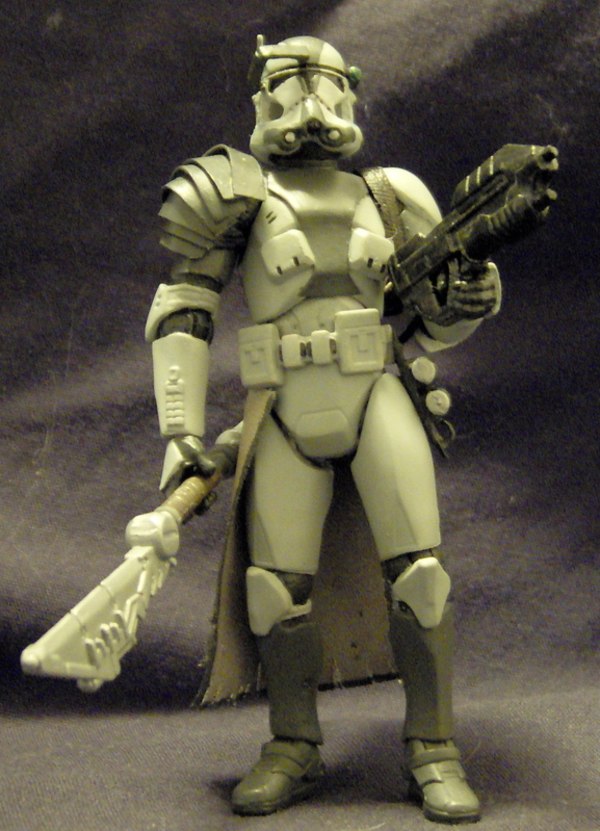 Star Wars Custom Of The Week: "Awaiting Rescue" By HembleCreations 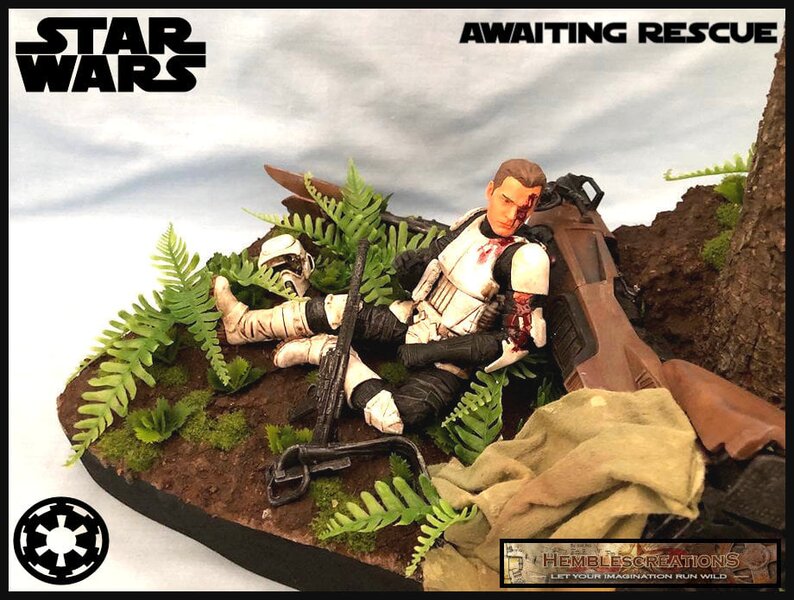